What you need to know about satellite broadband 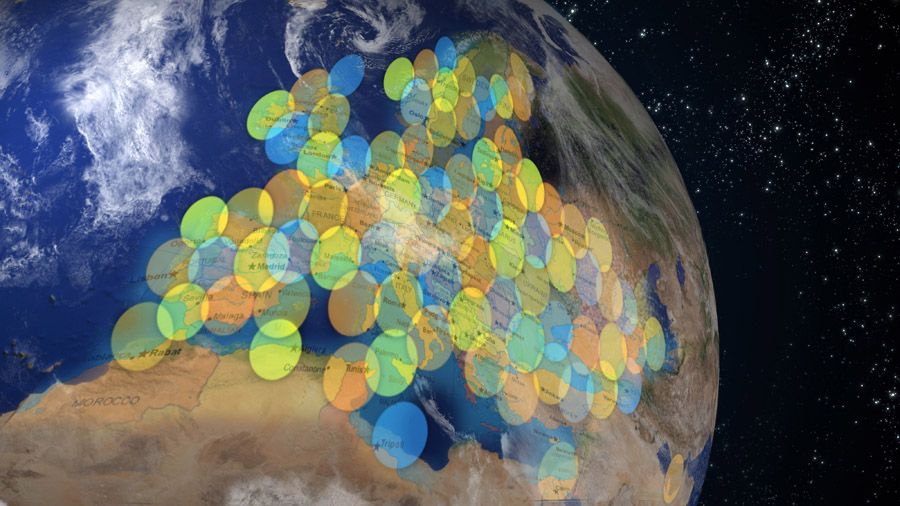 How fast is your internet connection? Even with the major broadband suppliers claiming superfast broadband speeds using the latest fibre technology, the speed and performance differences across the country are stark and frustrating for the many in the broadband slow lane.

According to figures from Ofcom the average UK broadband speed is now 22.8Mbps. This of course is based on a number of factors including how far your home or business is from the nearest exchange. There will always be an element of chance with neighbours experiencing different broadband speeds simply because they are connected to different exchanges, which are varying distances from their houses.

If you are suffering from very poor broadband performance in an urban area, or you are based in a remote region, being able to connect to the internet at acceptable speeds isn’t just a dream. Abandoning the wiring connecting your home to the telephone network in favour of a more distant connection point is a reality thanks to satellite broadband.

At the end of 2010 Eutelsat launched KA-SAT 9A, which was at the time the largest dedicated High Throughput Satellite (HTS) in the world. Built in the UK and weighing 6.1 tonnes, it was the first satellite to be optimised for delivering high-speed broadband services. Using ka-band spot beam technology, it’s able to offer 20Mbps download speeds and 6Mbps upload to anyone and everyone who lives within one of its 82 spot beams – with no slowdown due to geographical location within that beam. Sitting in a geostationary orbit 22,200 miles above the Earth in space, the satellite orbits in a fixed position above Europe. 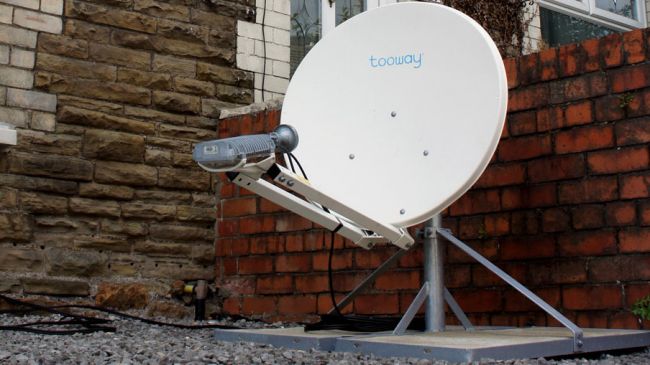 Since then Eutelsat has extended its fleet of satellites to 34, which now offers the widest satellite broadband coverage including Europe, Nordic countries and some parts of North Africa. Also available are the Hylas 1 and 2 satellites from Avanti Communications, which cover all of the UK, Spain and most of western Europe, but if you’re in Sweden, Norway, Finland or Denmark, you’re better off with the KA-SAT service offered by Tooway.

The spot-beam system enables the same radio frequencies to be reused 20 times without interference – each spot-beam can handle almost 1.1Gbps of bandwidth for a total satellite capacity of 90Gbps.

Interestingly, at launch the satellite was originally rated at 70Gbps with downstream speeds of 10Mbps on the spec sheet – but as the system has been refined since coming into operation this has been uprated to a total of 90Gbps and the new 20Mbps downstream speeds. 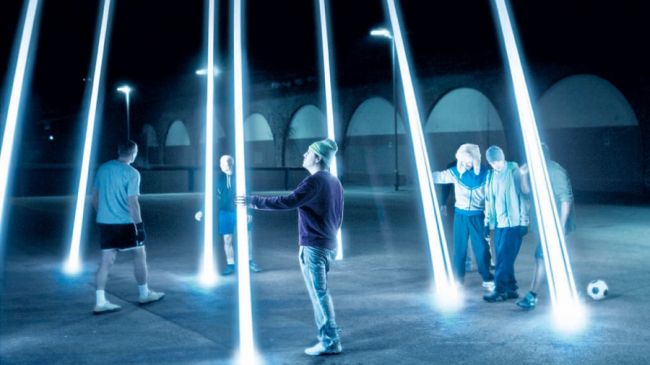 Internet from the sky… or space, rather

If you are a Sky TV customer you will already have experience of using satellite technology to get your daily TV fix. You will need to install another dish to use satellite broadband – typically this will be a 77cm dish that connects to a satellite modem which operates in much the same way as terrestrial broadband routersdo.

However, services from AvonLine Broadband offer you the option to purchase an extension arm so you can receive Sky and Freesat TV channels using just one dish. You’ll still need their set-top boxes and a separate subscription to their TV services. Most systems will also support Ethernet connections, which makes it easy to connect your satellite broadband system to your home or business network.

There is one issue with satellite broadband that you must pay close attention to – latency or how long signals take to travel to and from the satellite. As the satellite your dish is looking at is 22,200 miles away it takes at least 250ms for signals to reach the satellite. This may sound fast but it is actually quite slow, as even dial-up modems have a latency of half that.

What this means in practice is that if you are an avid online gamer, the latency rates you may experience from satellite broadband could well make your games unplayable. 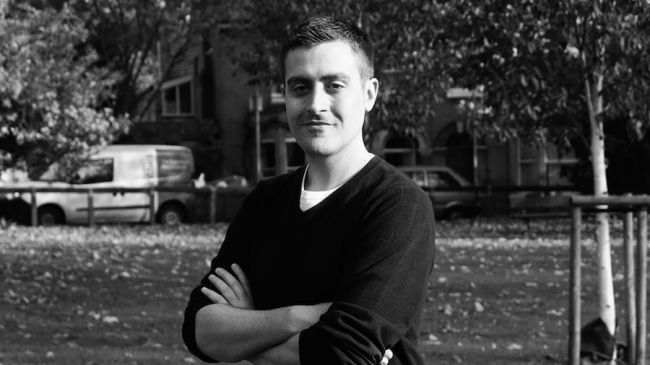 Matt Powell, who is the editor of Broadband Genie, told TechRadar Pro: “The delay introduced by relaying data via a satellite means the latency is much higher than other types of broadband. Where ADSL or fibre typically has a ping time well under 100ms it can be 600ms with satellite. That causes problems for applications which rely upon rapid transmission of data in real-time such as online gaming and remote desktop access.

“Satellite broadband is also comparatively expensive to set up with an outlay of several hundred pounds for the equipment and installation, and while monthly fees are not unreasonable they will usually have relatively low data usage caps, though many now offer unlimited use at off-peak times.”

How much data your household will use is also a consideration to take into account. As Matt states some satellite service providers now offer unlimited packages, but typically a satellite broadband account will have data limitations.

Matt continued: “Think about how many gigabytes of usage you might get through in a month, and buy an appropriate package, ideally one with an unlimited off-peak period. It’s easy to find unlimited home broadband but satellite has caps and you don’t want to pay overuse charges if it can be avoided.

“If you are planning to use applications that need low latency speak to the provider first to check it’s suitable. And keep in mind the installation costs. Most satellite providers have an option to hire if you don’t want to pay upfront.”

The cost of your satellite broadband will largely depend on your typical data usage. Costs start at around £45 per month for 25GB uncapped overnight, with 100GB uncapped email and web browsing costing around £75 per month with a typical 24-month contract.

Add to this the rental of the equipment and installation fee, and costs can quickly mount up, which is why it is vital to consult with your provider to get an accurate estimate of your typical data usage and therefore what your ongoing costs will be.

HySpeed Broadband even offer a pay as you go service for those that want to buy just the broadband access they need, when they need it.