Audi will use headlight lasers to protect pedestrians 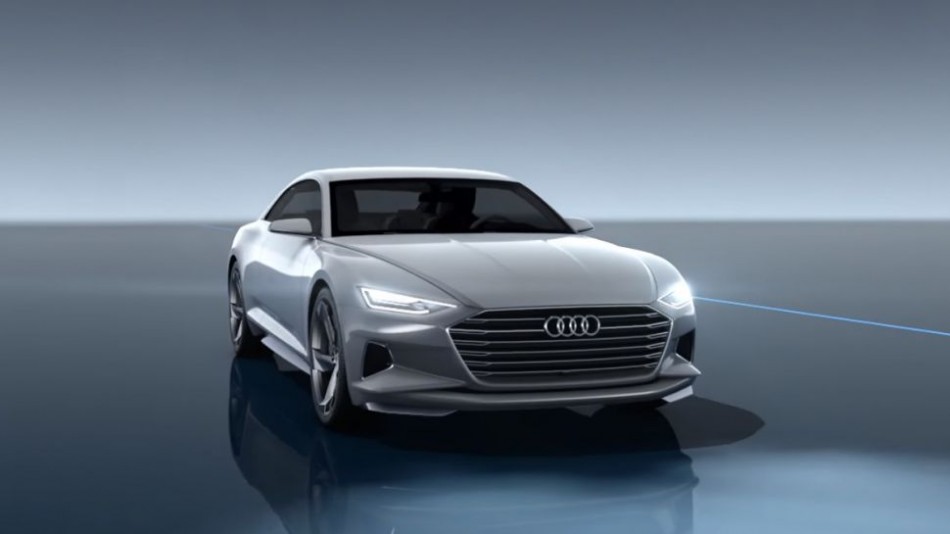 Audi’s long had a fetish for cramming its headlights with an almost puzzling level of tech. So much so that it might lead one to wonder, why all the fuss? Are headlights really that important? Well, yes actually. And they’re about to become even more so, with Audi taking them places you and I are unlikely to have ever imagined.

Most people think of headlights as an essential but boring component of anycar. An area in which the potential for envelope pushing is fairly limited – they’re lights, they light things, end of story. But Audi has an obsessive urge to expand what headlights are capable of, and ultimately what they’re going to be used for.

The new Audi A4, which is already on roads in most of Europe, landing in Australia in February, and hitting other markets soon, is just the latest example of Audi’s headlight ambitions. The car’s optional Matrix LED headlights – first seen in the A8 – put on a light show that’s as clever as anything you’re likely to see on New Year’s Eve.

The idea behind the technology is to enable drivers to enjoy the visibility that comes with using high beam at all times, without worrying about thoughtlessly blinding everyone else on the road.

“You want as much illumination as you possibly can. The only reason you dip it is because it annoys other people.”

Audi achieves this by using a camera in the front of the car to detect the lights – both front and rear – of other vehicles, whether they’re in your lane, a lane beside you, or passing in the opposite direction. It then tracks each vehicle’s trajectory and can monitor up to eight vehicles at once. This data is transferred to the headlights, which use 50 individually-manipulated horizontal segments to dim the light only in parts of the road occupied by other vehicles, leaving the rest of your surroundings brightly illuminated for maximum visibility.

“The person in the other car is hardly even bothered.” says Pizzati. “It’s even better than the low beam you’ll see from a regular headlight.” 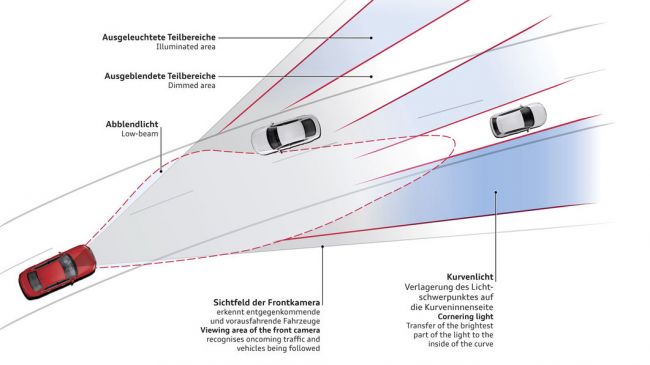 Even though the technology debuted a couple of years ago, watching up to eight panels of darkness move like inky fingers through the A4’s bright spread of LED light – leaving tracked cars untouched – is still impressive.

Other vehicles aren’t the only thing Audi’s mindful of when utilising headlight technology to maximise safety. Pedestrians – yes, those pesky Lemmings that so enjoy stepping out onto the road without so much as a glance up from their smartphones – are protected, too.

Marker lights are used to alert the driver to pedestrians that are standing too close to the road for comfort. They flash three times in succession, both illuminating the pedestrian in eye-catching fashion for the driver, and sending a terse message to said pedestrian that they’d best not take another step forward or else they’ll have to endure having Audi’s four-circle logo permanently branded into their forehead.

The current generation’s camera also recognises road signs and prevents the high beam lighting from striking them. This prevents the light from bouncing back glaringly into the eyes of the driver, which can temporarily blind them, or at the very least cause them to miss what the sign actually said.

All of this is where high-end headlight technology currently sits. But it’s the tech beyond this generation that’s particularly intriguing. Audi wants headlights to become more than a way of illuminating dark roads. It wants them to become a sophisticated form of communication – and we don’t mean just flashing them at the slow driver ahead to express your frustration.

Audi’s next generation of headlights – dubbed Matrix Laser – will be capable of spelling out words in front of the car, highlighting the edge of the road to help you stay on the smooth stuff, and providing markers that will help you navigate through unclear sections of carriageway.

While the Matrix LED headlights shield other drivers via 50 horizontal segments that can be turned on and off individually, the Matrix Laser technology has over 100,000 micro mirrors arranged in a grid. Each of these can be individually manipulated, generating enormous flexibility when it comes to which parts of the road are illuminated and which parts are not.

Audi plans to take this flexibility and use it to create headlight functionality that’s never been available before. More than just a means of illumination, the headlights would become a tool that enables the driver to communicate with the world outside of the car. 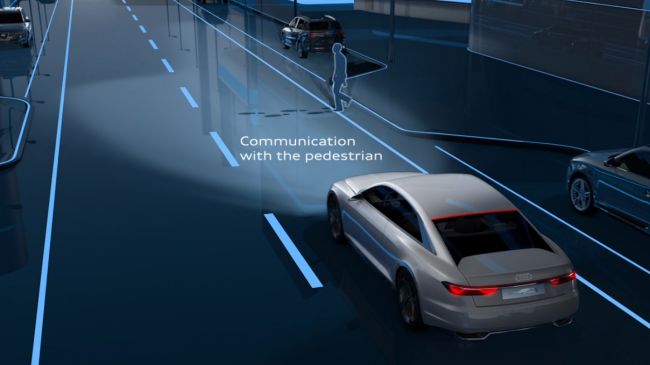 In one example, the sight of a pedestrian waiting to cross the road might cause the driver to stop, the car’s headlights illuminating where the pedestrian wishes to walk. Within this illumination, footprints start to appear, the Matrix Laser system’s micro mirrors having twisted in such a way as to create small footprint-shaped patches of darkness inside the arc of the headlights.

We could argue that this is a very high tech way of dealing with a situation where a simple flash of the lights or an even simpler wave of the hand might once have sufficed, but it’s impressive and ambitious nonetheless.

Once the pedestrian starts passing in front of the car, Audi’s system will monitor for other traffic. Should another car’s trajectory be about to intersect with the pedestrian’s path, the Matrix Laser system will automatically twist the micro mirrors to create a flashing “Stop!” sign at the feet of the pedestrian, alerting them to the danger.

This is highly inventive and all, but if someone doesn’t have the sense to stay alert while crossing the road when not at a designated zebra crossing or traffic light intersection, we’re not sure Audi should deny them their Darwin Awards nomination.

Perhaps more practical for the driver are two functions that the Matrix Laser system will offer to make navigating roads easier. The first is what Audi calls “Active carriageway marking,” which creates a particularly bright line of light within the spread of the headlights to clearly mark the far side of the road, making it easier for the driver to keep track of the car’s position. 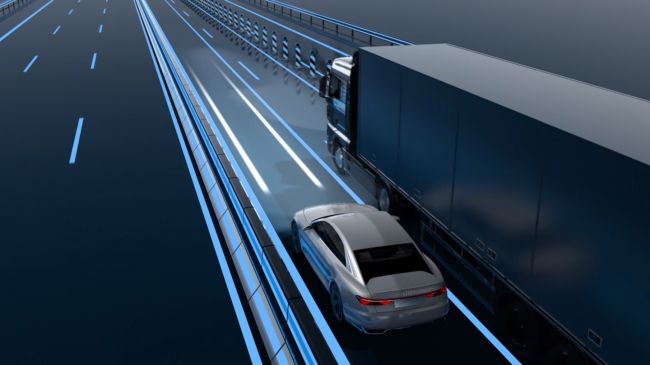 The second takes this technology even further. In this instance, two of these lines appear in front of the car, clearly indicating its width to the driver. This enables the driver to accurately gauge if the car will fit within certain gaps in the road (e.g. between a truck and a line of cement road blocks for example), navigate around potholes, or more easily guide the car through tricky roadworks areas.

“Currently that technology would, quite frankly, be illegal” explains Pizzati, indicating that it’s governments and legislation that are the biggest barrier to further integration of technology on our roads.

“But it goes to show some of the thinking that’s coming up and where we can take this technology,” he adds.