It was a personal tragedy that started the timeline. After Boyd Mallett died of a sudden heart attack in 1955, his 10 year old son, Ronald, made a promise: he would find a way to travel back in time to warn his father of what was going to happen. It was a mission inspired partly by a copy of H.G. Wells’ The Time Machine, which Ron discovered a year after his father’s passing.

The story follows the narrator’s journey into the future, but one line in particular struck Ron: “Scientific people know very well that time is just a kind of space and we can move forward and backward in time just as we can in space.” He believed that he could build a fully working time machine to go back in time and so he dedicated his future to proving it.

“For me the sun rose and set on him,” says Mallett about his father, a television repairman who was just 33 when he died. Ron kept his research into time travel a secret for many years for fear he might damage his credibility. Sadly, that prevented him from reaching out to people who might have been able to help him.

Now aged 69, Ron Mallett, a physics professor at the University of Connecticut, is totally candid about his research, but he still hasn’t reunited with his father and most likely never will. But he has an equation that he believes holds the key to building the first time machine and he might be close to a breakthrough.

A THEORY OF FLYING CLOCKS

Like most time travel theorists – Kip Thorne and his wormholes being one of the best known – Mallett anchors his idea in Einstein’s theory of relativity. If you’re not already familiar with it, there are two parts you need to know about. The first is called special relativity, which says that the speed of light is constant for everybody. By the theory of special relativity, time will pass slower the faster a person moves. If you alone could travel fast enough to a distant star, you would age slower than everyone else on Earth, arriving back home in a younger state – essentially travelling through time.

“This form of time travel has been actually been achieved on a limited scale using fast-moving planes and hi-speed subatomic particles,” says Mallett, referring to an experiment carried out by the US Naval Observatory in 1971. Four clocks were flown twice around the world – eastward and then westward – at the speed of sound. When they were observed on return it was found the airborne clocks had lost a small amount of time compared to the ones that were kept on the ground. Were the clocks put in a rocket flying closer to the speed of light, the effects would be more dramatic.

Related  Facebook at Work will launch soon, built the same but with no Candy Crush

The second part of Einstein’s theory is called general relativity – if you’ve ever used a GPS unit in your car then you’ve (possibly unknowingly) experienced its effects. General relativity says that gravity can slow down time – meaning a clock on a satellite runs faster than one on Earth – which is why the frequency standard on each satellite is offset to make it run slower before being launched into space (in fact, satellites have to account for both special and general relativity due to the speed they’re moving at, but the magnitudes aren’t equal and therefore don’t cancel each other out, hence the need for them to be altered before launch).

If you’ve seen the film Interstellar, you’ll recall how it portrayed the effects of gravitational time dilation on a dramatic scale as the characters’ ages fell out of sync with one another.

Einstein believed that light and matter could create gravity. Mallett’s breakthrough was a theory that claims if gravity can alter time and light, and light can create gravity, then light can also alter time. So he designed a machine that would use lasers to twist time and bend it back on itself to form a loop. By Einstein’s theories, time and space are linked – and so if you affect space you will eventually affect time.

“By using a circulating beam of laser light, I have been able to mathematically show that this can lead to a twisting of space and time,” says Ron. “By twisting time into a loop. It could be possible to travel back in time.” 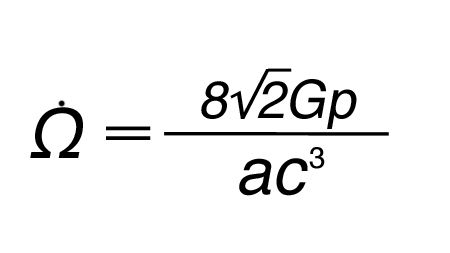 It all comes down to this one equation

Ron’s time machine would look like a circulating tunnel of light through which information could be sent into the past in the form of neutrons. The subatomic particles can only spin in two directions: up and down. “By assigning a 1 to the ‘spin up’ direction and a 0 to the ‘spin down’ direction then [a person] could send a binary code with a stream of neutron spins,” he tells us. “For example, neutrons with ‘spin up’, ‘spin down’, ‘spin down’ would represent a binary code100 which is the number 4.”

If Mallett’s theory was proven to be a success, it would be a bittersweet moment. He would have proven that his theory was correct but it would mean the timeline would begin at that moment. The machine could theoretically receive messages from the future, but only to as far back as the point it was switched on; Ron would not be able to travel back to 1955 and see his father.

“When the first time machine is turned on it will be possible for our descendants to contact us but we will not be able to contact our ancestors,” he says. Theoretically, this would explain why we haven’t experienced time travel (or its effects) yet, because the first human scale time machine hasn’t been created.

Sending humans through time would be another matter, but even the ability to channel information from the future would (beyond being a scientific breakthrough of unimaginable importance) have significant effects. “Imagine if we were able to send information back to the past to warn ourselves of natural disasters such as tsunamis, earthquakes, and hurricanes. We would then be able to save thousands of lives”. If Ron is correct, the machine could start receiving these messages the moment it is switched on – our future selves will already know the exact date and time the tunnel ‘came alive’.

Some say it’s not possible

So why the holdup? Mallett’s machine would require $250,000 in funding to be built, and that’s just for the scale model. “The experimental side of scientific research requires funding which can be very expensive,” he says. “For example, the Large Hadron Collider cost close to $10 billion.” But Ron is adamant that “time travel is possible if adequate funding is obtained.”

“The total estimated time for the first phase would be about five years. If the predicted gravitational frame dragging or space twisting by light is seen then we would go on to the second phase which would be to experimentally show that this twisting of space leads to a twisting of time which would lead to time travel. It is not possible at this point to estimate cost of the second stage.”

As you might expect, his theory has come under criticism from some members of the physics community. Professor Brian Greene at the University of Columbia, for example, tells us that he doesn’t believe Mallett’s theory would work in practice.

“There are technical reasons for this,” he says, “The time loops he hopes to make, starting in our ordinary region of the universe, seem incompatible with valid solutions of Einstein’s equations or would require spatial expanses far greater than the size of the observable universe.”

“Having said that, I can help but add that I hope he – or someone – succeeds. But that’s not going to happen anytime soon, if ever.” 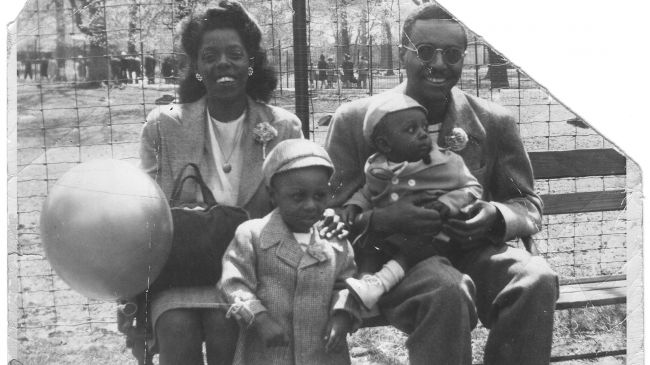 Ron has managed to find solutions to some of his critics, including Ken Olum, Research Professor at the Institute of Cosmology at Tufts University. Ron does, however, agree that one of Olem’s criticisms might still stand: the time travel machine could only be built with more advanced technology. “I agree with this statement and the conclusions in the 2011 paper,” says Ron. “The main point is that even though the math and physics are correct, it may or may not be technologically possible to achieve the results I predicted.”

Regardless, Ron’s story has attracted a lot of attention both inside and outside the science community; Spike Lee has finished a script based on Mallett’s book ‘Time Traveler: A Scientist’s Personal Mission to Make Time Travel a Reality.’ “Spike and his script co-writer Ian Harnarine are currently in negotiations regarding how to proceed,” says Ron.

And even if Ron doesn’t live to see his prediction realised, his research would have undoubtedly made his father proud. “Even after all these years I still think about him every day. He is the reason that I am what I am. That is, a theoretical physicist who would like to give to the world the possibility of determining our destiny through time travel.”

Time will tell. The history of scientific research has been filled with naysayers, which is why we won’t know if Ron is correct until his theory is put into practice. In 1902, influential physicist Simon Newcomb said “Flight by machines heavier than air is impractical, if not utterly impossible.” A year later, Orville and Wilbur Wright took to the skies.