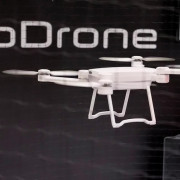 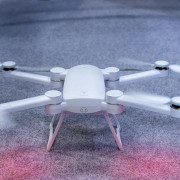 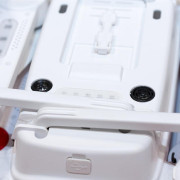 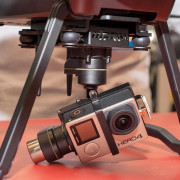 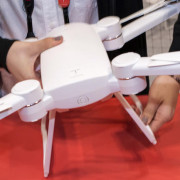 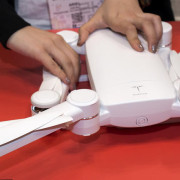 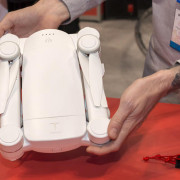 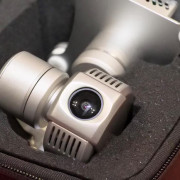 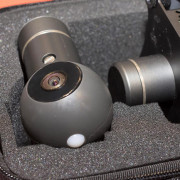 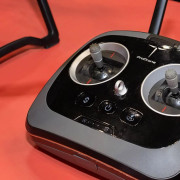 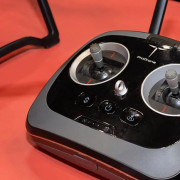 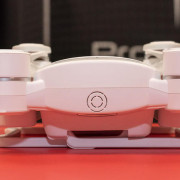 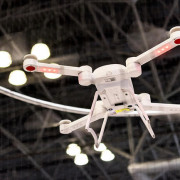 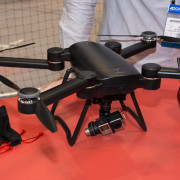 In an increasingly crowded aerial-photography drone market, ProDrone’s Byrd sets itself apart from other camera-toting quadcopters with a strong design paired with a healthy feature set and potentially long battery life.

Instead of having a camera permanently attached like DJI’s Phantom 3, the camera and 3-axis gimbal used for image stabilization can be quickly removed. Not only does that make travelling with the drone easier, but it means it can be swapped out for other camera options.

Once the camera is off, though, the landing gear can be folded in and its propellers and arms collapsed to its sides turning it into a rectangular package ready to be slipped in a bag. When completely folded up its footprint is approximately the same as an iPad, though it is about 4 inches (10 cm) thicker. It’s certainly compact enough to put in a typical backpack, though you’ll still need room for the controller and camera.

The whole thing weighs in at about 4 pounds (1,890 grams), but that includes a removable 7,000mAh battery that ProDrone says can reach up to 30 minutes of flight, depending on how fast you’re flying and the wind conditions.

The included controller has a discrete return-to-home button for bringing the drone back to you automatically. You’ll also find direct camera controls on the top corners. A smartphone/tablet mount will allow you to attach an Android or iOS device to control the camera and get a live view from the camera as well as important flight information.

The drone’s app also allows you to plot waypoints so it can autonomously follow a path you set up. Plus, up to three mobile devices can be paired with the drone simultaneously, allowing others to get a view from the camera without having to huddle around the pilot. Or, you can opt to use two controllers at once, so one person can pilot while the other is used for camera operation.

Related  Check to see if your PC can run Windows 10

Safety features include return-to-home on lost connection with the controller and low battery. It is also set geofencing to keep it close to you as well as away from restricted areas.

ProDrone will have three versions available at launch– Standard, Advanced and Premium — and all are expected to arrive in November. Priced at $1,400, the Premium includes a 4K-resolution camera with a 3-axis gimbal for image stabilization that can be swapped for an infrared camera or a GoPro-ready gimbal or future add-ons.

The Premium version also has visual and ultrasonic sensors on the bottom for more stable indoor flight and positioning when GPS isn’t available; a long-distance HD video downlink system for a live view from the camera from up to 2,000 meters (1.2 miles) away; and a Follow Me option that will allow the Byrd to record you on the move. The Advanced model comes in at $1,060 and has all the same features as the Premium, but trades the 4K camera for a GoPro-ready gimbal.

The Standard is priced at $950 and includes a 1080p camera, but sheds the long-range video downlink — it just reaches distances up to 500 meters (0.3 miles) — and it doesn’t support the Follow Me mode.

You can check out more information on the company’s site and sign up to be notified by email when it’s available.