Are flying cars ever going to take off? 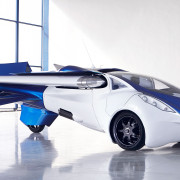 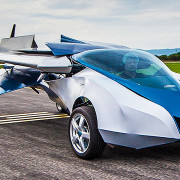 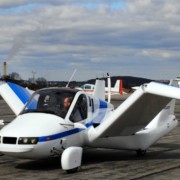 When you were a kid and you thought about what cars would be like in years to come, you always thought they’d be flying.

That idea is pretty much exclusively the fault of cinema, with movies like Bladerunner and Back to the Future 2 nailing the fantasy down into our collective brains. Who didn’t want a DeLorean with wheels that folded up so that the car could turn into a magic flying machine powered by banana peel and lite lager, in which we could utter the immortal line, “where we’re going we don’t need roads”?

It was amazing, but it isn’t the future we got. Trash-powered engines aside (and we’re not even getting into quite how that would generate enough energy to make a car fly) it doesn’t seem that we’ll see flying cars in the sky any time soon. However, there are some people trying to make it a reality – and one real beacon of hope.

Some of these efforts are best described as “embryonic.” If you drew a flying car on a napkin during your lunch break and said that showed you were making a flying car, then you wouldn’t be far behind some of these projects. We’ll ignore those for now though and look at a few possible options.

The Moller Skycar 400 is the one that makes you go, “yeah, I could drive one of those bad boys around.” Headed by Dr. Paul Moller, the Skycar is the furthest down the road (furthest through the air?) of all the flying car potentials out there right now.

The idea behind the Skycar 400 is that it would be a 2+2 passenger configuration based around a VTOL (Vertical Take Off and Landing) set-up. As you can see from the video, Moller has even done some actual tests – although that particular prototype was fitted with small engines and had to be attached to a crane for insurance purposes to make sure that it crashed safely in the event of failure.

The main concern is obviously that, should the engines fail. then the car will simply drop out of the sky. Moller has said: “nothing comes down faster than a VTOL aircraft upside down.”

So the Skycar still has a long way to go, but as far as it being a poster on a kid’s bedroom wall, this is currently the Lamborghini Countach of flying cars.

The Terrafugia Transition is even further along the line, because – as you can see in the video – it’s actually flown. However, it isn’t quite as you might have imagined your flying car. There’s no setting this thing down in town to grab some street food, because you need a proper runway to take off and land.

If you’re so inclined, you can reserve your Transition via the website right now, but you have to admit that although it fits the flying car bill it’s not very cool looking is it?

With those thoughts in mind, Terrafugia is now working on its follow-up to the as-yet-unavailable Transition: the TF-X. It’s scheduled for production up to 12 years from now, so it’s literally pie in the sky at the moment, but the video is fantastical enough to let your mind wander over what might be.

Related  This big white box will grow marijuana for you

Terrafugia says that the TF-X will have a range of 500 miles and a cruising speed of 200mph, which would certainly zip you past all of the traffic on the way to your meeting.

It’s another VTOL concept, only this is a plug-in electric powered one, and you’ll have to make sure that your approved landing zones are available at the other end of your journey before it’ll let you take off.

All sounds rather great doesn’t it? If it all comes together then you’ll probably need Bentley levels of money to buy one, but you’ve got a few years to get saving.

The AeroMobil 3.0 combines the best of both worlds – fantastic looks and actual functionality. The first prototype was designed and built in around 10 months, and as you can see from the video, it’s a gorgeous looking thing.

Initially it was certified by the Slovak Federation of Ultra-Light Flying but the current prototype has since been entered into a regular flight-testing program. And you’ll be pleased to know that it contains an advanced parachute deployment system, just in case everything should everything go pear-shaped.

One of the 3.0’s greatest features is that it needs around just 250 metres to take off and a mere 50 metres to land, even if it’s just a grass strip.

And for all of that you just need somewhere between a supercar and a small plane’s worth of coins to get one. Or alternatively, you could just get one of these balloons that’s shaped like a car with a few propellers attached to it. It won’t fulfil your Blade Runner dreams, but it also won’t bankrupt you.

Related  iPhone 6s is going to be a game-changer

Comments to Are flying cars ever going to take off?