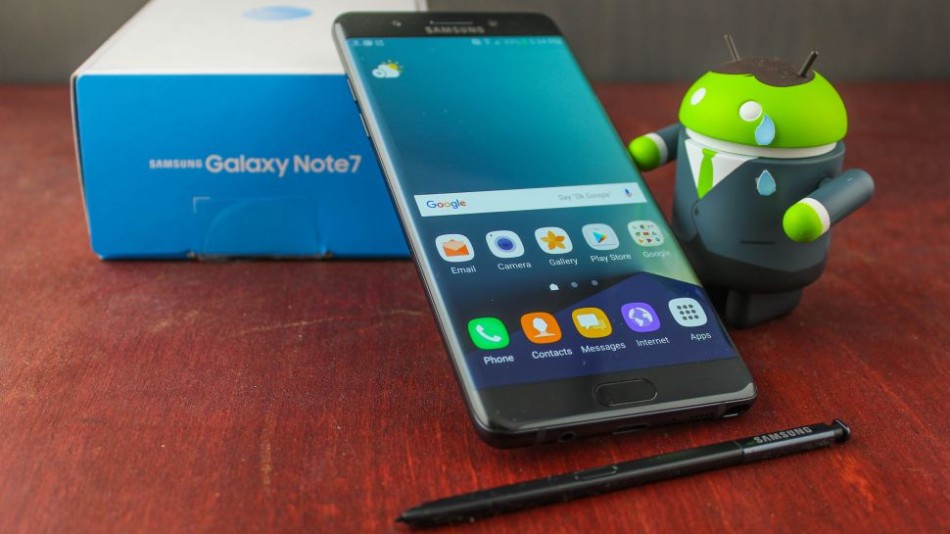 The Samsung Galaxy Note 7 battery fires and explosions that – quite literally –sparked two recalls and cost the smartphone maker at least $5 billion have finally been solved, according Samsung.

“We are taking responsibility,” said the company’s mobile President DJ Koh after a four-month-long investigation that came to a head today. All of its findings were detailed at a press conference in Seoul, South Korea where it’s already Monday, January 23.

The reason behind the Note 7 fires comes down to irregularly sized batteries, which caused the overheating, as well as other manufacturing problems in a second round of replacement batteries that were rushed out. 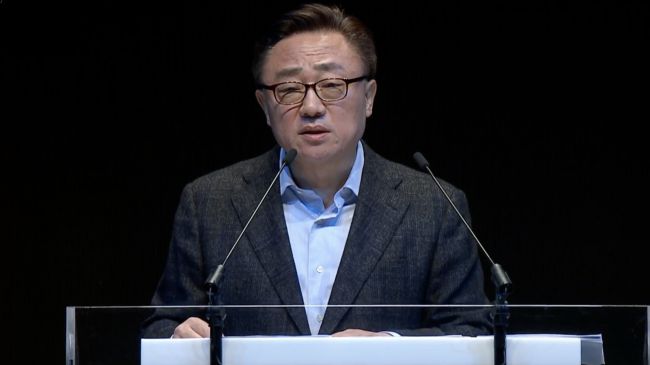 Samsung sealed a sizable 3500mAh lithium-ion battery into a 7.9mm thin smartphone, but half of the Note 7 batteries were made by its subsidiary Samsung SDI and didn’t properly fit into the Android phone.

The subsequent overheating caused the first round of battery explosions and fires throughout August and September, and a handful of the incidents were caught on dramatic video or in photos.

Samsung recalled and reissued all Galaxy Note 7 phones in September, thinking that the other half of its phones – the ones with batteries made by affiliate Amperex Technology – were fine. 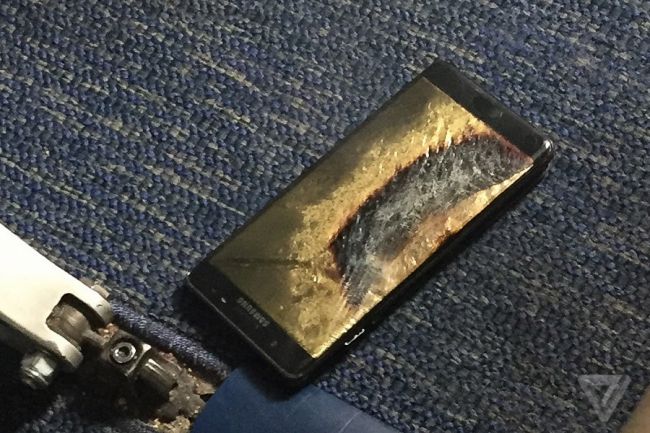 The aftermath of an exploded Samsung Galaxy Note 7 (Photo credit: The Verge)

However, the sudden ramp up in the second batch of Samsung Galaxy Note 7 phones seems to have caused by a number of different manufacturing issues.

At Samsung’s press conference, the company said that there could have been a number of failures during this rushed process, with contributing factors including missing insulation tape and sharp edge protrusions. 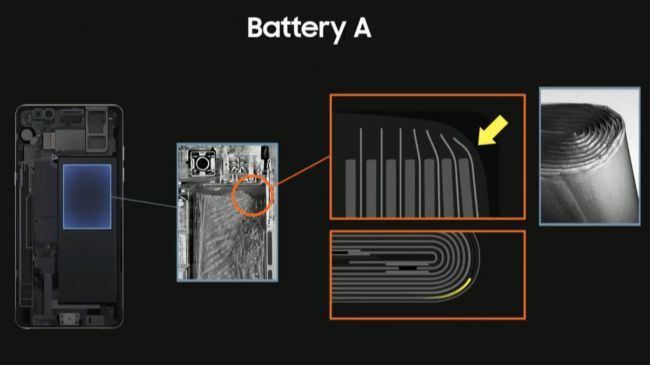 The one-two punch of production errors caused Samsung to issue another recall and ultimately cancel its popular, stylus-included smartphone. It left billions of dollars on the table.

Samsung says that 96% of the Galaxy Note 7 phones have been returned with a total of 3 million devices recalled worldwide. But US carrier Verizon just said that ‘thousands’ of its customers are still holding onto the phone on its network. That’s just one carrier.

More than money, Samsung’s reputation as the top Android phone maker has been damaged.

The Note 7 is now banned on airplanes and, for several months, there was a PR-devastating announcement about the ban before every US flight. All of this is going to hurt the Samsung brand going forward, as it plans to launch new phones. 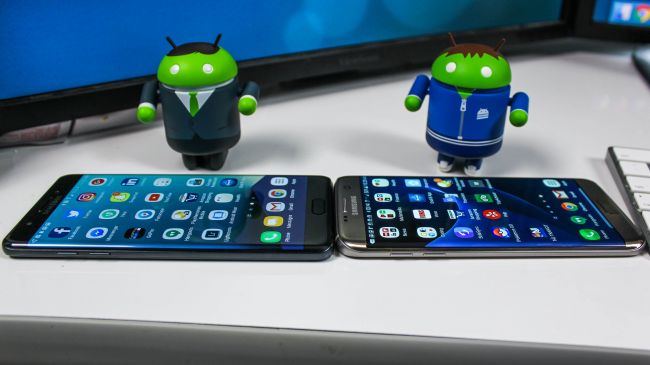 The Samsung Galaxy S8 is its new flagship handset, and it’ll either arrive at MWC 2017, or be delayed to April 2017. Either way, it’s coming soon and part of Samsung’s press conference was meant to reassure the public that safety is (now) its top priority.

It’s taking “several corrective actions to ensure this never happens again,” the company said today in a statement issued to TechRadar and the media.

You can also plan to be dazzled you with a nearly all-screen curved Samsung Galaxy S8 display in two sizes and a smart AI named Bixby to rival Google Assistant, according to the latest rumors.

Will today’s mea culpa and a superior Galaxy S8 be enough to keep people from switching to the iPhone 8 that’s expected to undergoing a massive redesign September?

Don’t iPhones catch on fire too?

This is the first line of defense from Samsung’s still-loyal (slightly smaller) base, and it’s what we would call mostly false for a few simple reasons. 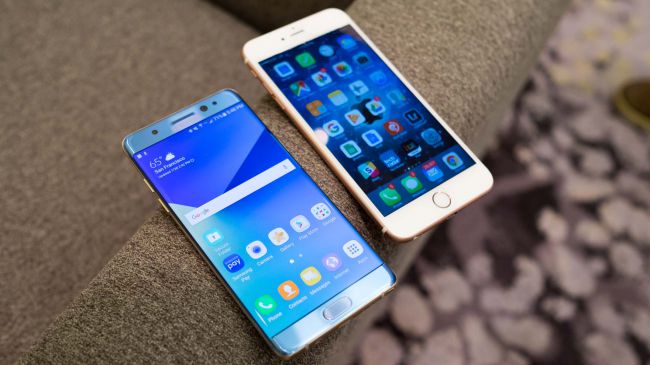 It’s true, there have been reports of iPhones exploding over the years, but they are spread out;  too few and far between. It’s not enough for a recall, but it’s enough to get everyone nervous.

There’s an important lesson for all smartphone owners in almost all of these iPhone explosion horror stories: they often involve using faulty third-party chargers, meaning it’s never been determined to be an internal battery issue.

Will there be a Samsung Galaxy Note 8?

What’s most shocking is that Samsung has gone on the record to say it plans to launch a Samsung Galaxy Note 8 in 2017. It doesn’t plan on ditching the Note name even after the battery fires and explosions. 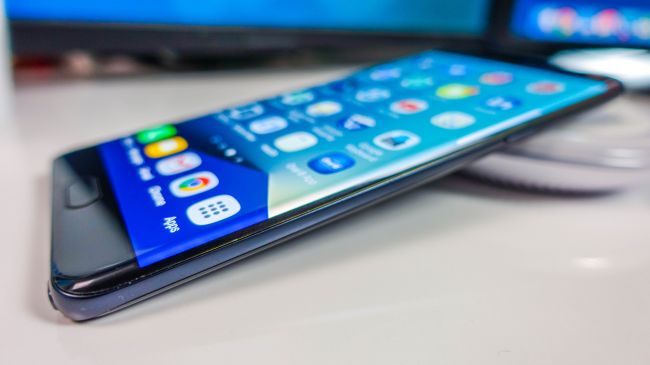 Only second to the Samsung Galaxy S series, the Note phones have been big sellers for the South Korean company thanks to the included S-Pen stylus and expansive 5.7-inch display.

It’s a shame, too, because in our review of the Galaxy Note 7, we noted that, hands down, it had the best-looking screen and incredibly fast performance. It was a great phone – outside of the explosions, of course.

Apple, Google and LG swoop in

The biggest benefactors of the Galaxy Note 7 recall are Apple, Google and LG, and all of them have smartphones that compete with Samsung flagship devices.

iPhone 7 Plus is Apple’s phone that comes closest comparing to the Note 7 due to its 5.5-inch display. You can actually walk away with some extra cash and a free iPhone if you have a Note 7.

While Samsung has offered the Galaxy S7 Edge and $100 as a replacement for its recalled phone, it has also been willing to exchange the troubled phone for an iPhone 7 Plus and still pay [former] customers $25. Ouch. 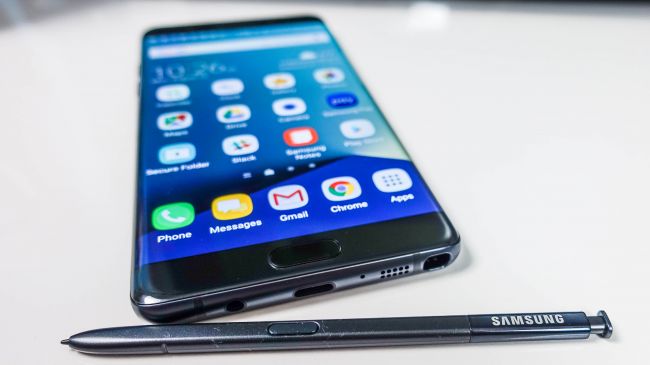 Google launched the Google Pixel and Google Pixel XL running its latest Android 7.0 Nougat software and compatible with the Google Daydream View VR headset. The fact that Google is taking a bigger role in hardware (and not just Android software) is just as much a threat to Samsung as Apple has been.

Finally, the LG G6 is the next big Android smartphone that’s expected to be announced next month at MWC 2017 in Barcelona. It’s said to completely different from the LG G5 (that’s good news for everyone) and include an extra-wide screen with an aspect ratio of 18×9.

Samsung’s comeback story really gets underway with the Galaxy S8 launch, but today’s press conference needed to happen first to reassure phone buyers that it’s safe to upgrade to the next phone. Now it just needs to explain its Samsung washing machine explosions and we’re all set.