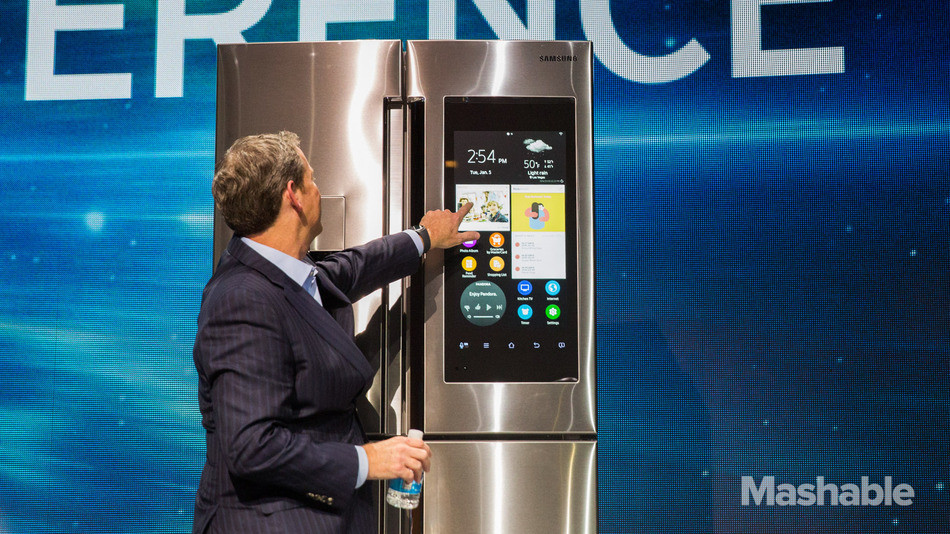 Samsung’s Family Hub Refrigerator, unveiled here at 2016, is the company’s latest smart appliance and it brings together a massive 21.5 inch, 1080p touch screen with surprising intelligence inside and out. 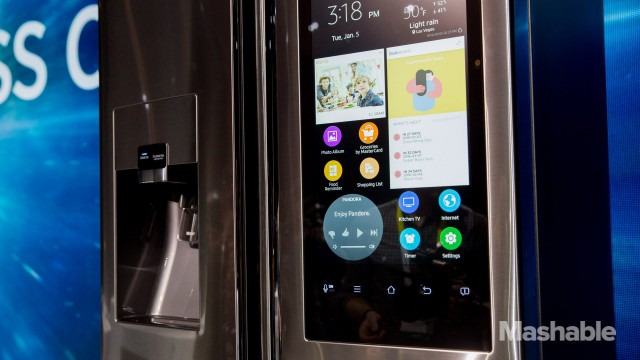 On the refrigerator, Alexa will function exactly as it does on the Echo and if you already own an Echo, it’ll be like adding another one to your Amazon account. Samsung could not tell us how many microphones are in the fridge or if it will be as sensitive to the call of its name. It’s also not very integrated with the rest of the refrigerator’s smart technology.

For example, the Family Hub Fridge will actually feature a pair of cameras on the inside that take pictures of the fridge’s contents every time you open and close the doors. You’ll be able to access those images on the Samsung app (iOS or Android). Imagine being at the store and checking if you have enough milk, juice or eggs. You cannot, however, ask Alexa what’s inside the fridge (at least not yet).

Similarly, while you can ask Alexa to make a shopping list in which all the items will be put in the checkout queue on Amazon, it’s not integrated with the refrigerator’s core food shopping engine, which is powered by Instacart. Samsung also announced a new partnership with Mastercard called “Groceries by Mastercard, which well let owners shop for groceries at FreshDirect and ShopRite directly through the refrigerator.

Samsung Family Hub fridge lets you check what's inside while you're at the grocery https://t.co/5ZSu3V5Vev #CES2016 pic.twitter.com/iBDl1LxP1t

Still, the ability to see what’s inside your fridge from wherever you are and ask your fridge for news, weather, music and more is pretty compelling.

The large, gorilla-glass-covered screen is also designed to act as a sort of replacement for all the magnets of important info you can no longer attach to modern stainless steel refrigerators.

The Tizen OS-based embedded computer accommodates handwritten notes (you write with a stylus, which is not included, or your finger) and multiple calendars (Samsung hopes to integrate with iOS and Android calendars through a third-party tool called Sticki). You’ll be able to push photos to it from your phone, tablet (iOS or Android) and computer, and stream music from services like Pandora, either through the integrated speakers or Bluetooth-connected ones.

The Samsung Family Hub Refrigerator should ship sometime in May and list for roughly $5,000.