Everyone is talking about a new social network named Peach 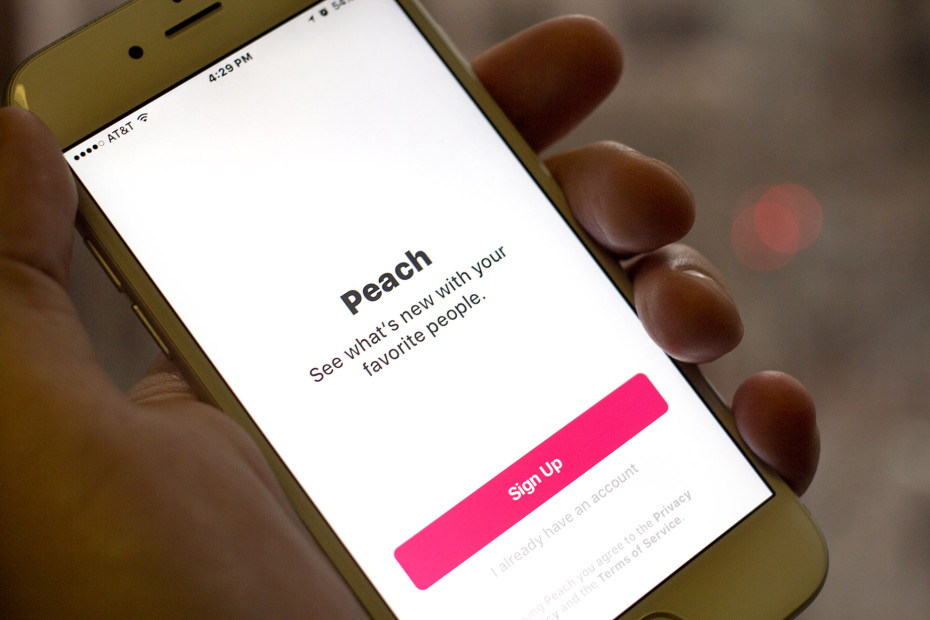 A new social network dropped today from the founder of Vine, one that’s already taking Twitter (of which it takes queues from) by storm.

Peach is a free app on iOS that lets you post updates for friends to see, like you would on the other aforementioned social network. It’s more than just words though: you can post photos, GIFs, videos, links, share the weather (!), where you’re at, what show you’re about to watch and even how many steps you’ve taken that day.

But Peach is also akin to Slack in that it has Magic Words that open a *fun* world of possibilities.

Typing “shout” lets you write in big blown up letters on a colored background with an emoji. “Draw” does what you think it would, “song” lets you share what you’re listening to with others, who can tap on it to listen themselves, and “rate” will let you rate literally anything between one and five stars.

GIF, here, goodmorning, goodnight, battery, dice, safari are also Magic Words, and Peach promises more are on the way. If you’re out of ideas on what to post – common problem, we know – you can hit the lightbulb for some inspiration.

And, in a nod to Facebook, you can also give friends a little virtual nudge by sending them an emoticon like a slice of cake, a 100, or a boop – literally a nose and finger. How else would you say, “I’m thinking of you”?

The app also has an accompanying website, Peach.cool, which doesn’t do anything except tell you about the app and direct you to the App Store, but it may be up in preparation for a web version to come.

Related  Man sues Apple for losing video of a giant tortoise biting his hand, and wins!

Is this going to replace Twitter and Facebook? Probably not, especially since it’s only available on iOS, at least for now, and a lot of people are apparently signing up using celebrity usernames. Is it a fun thing to try out this weekend? We say “boop” to that. 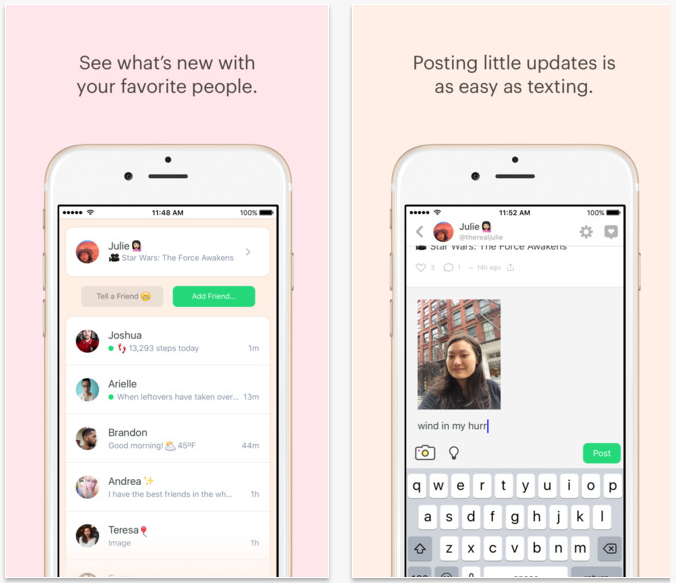 Peach isn’t the first app to tackle the idea of a hyper-simple social network, joining the likes Snapchat, Ello, and to a certain degree, Yo. But what’s interesting is the Slack-like command line. The interface is pretty clean in that you’re not inundated with tons of options like you are with Facebook. But maybe it’s too simple? With hardly any users or things to do within the app, I quickly found myself wanting more.

Peach allows you to see any user’s post, but in order to comment, they have to accept your friend request. Among friends, you can “heart” things and even take advantage of the app’s version of the infamous Poke — you can wave at friends and send emojis like a cake, kiss, and so on.

Peach’s “magic words” give users the ability to quickly insert GIFs, doodles, the weather, and other information. Here’s a list of the ones I found:

Related  How to improve your website's Google ranking

When you sign up for Peach, you can choose any username. The app doesn’t integrate with Facebook or Twitter so there’s no way to verify users.

Therein lies possible trouble: you can be whoever you want. I could have signed up as Barack Obama if I wanted to. While looking up users who are currently on the service, I spotted Taylor Swift — after checking out her profile, I’m not convinced that the pop star signed up.

Who’s behind the app?

The mastermind behind Peach is Dom Hoffman, the founder of Vine, which wasacquired by Twitter in 2012. He left the company in 2013 and since then has focused on developing off-beat apps, like Byte.

Will brands capitalize on this?

Let’s not think about it right now. Please?

The app allows you to limit your profile to only those you’ve friended, or you can be more open and enable friends of friends to see everything. Peach also offers a way to block users should the need arise.

Who needs another social network?

We’re not saying Peach will become the next billion-dollar company, but it’s out there and trending on Twitter. The hype feels kinda like this right now.

Is it available on Android?

Is it free to use?