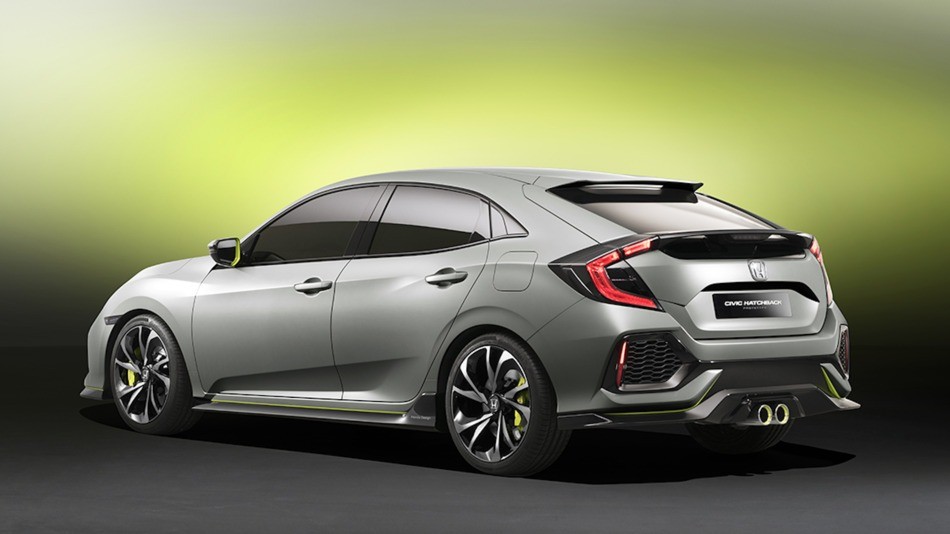 Honda Civics — save the tuned ones from the Fast and Furious franchise — have always flown under the radar.

That’s because they’re mostly just nice, reliable and rather innocuous ways to get from A to B. However, as the Civic enters into its 10th generation, Honda is messing with its image a bit with bolder body lines, optional turbocharged engines and now a sporty hatchback variant.

Honda unveiled the new Civic Hatchback Prototype on Tuesday at the 2016 Geneva Motor Show in Switzerland, filling out the new 10th-gen Civic lineup.

Along with being longer, lower and wider than the ninth-gen Civic Hatchback sold outside the U.S., this one also boasts LED headlights and daytime running lights. I love its bright green accents as well as the number of sharp creases and vents. In fact, it has so many razor-edged elements, it’s downright menacing.

Frankly, looking at the thing, I almost can’t believe it’s a Civic.

Although this is just a prototype, I have a feeling what we’re looking at is likely the production Civic Hatchback — sans lime green accent lines, of course. For as aggressive as it is, imagine just how crazy the new Civic Type-R that will do battle with the likes of the Ford Focus RS might look like. 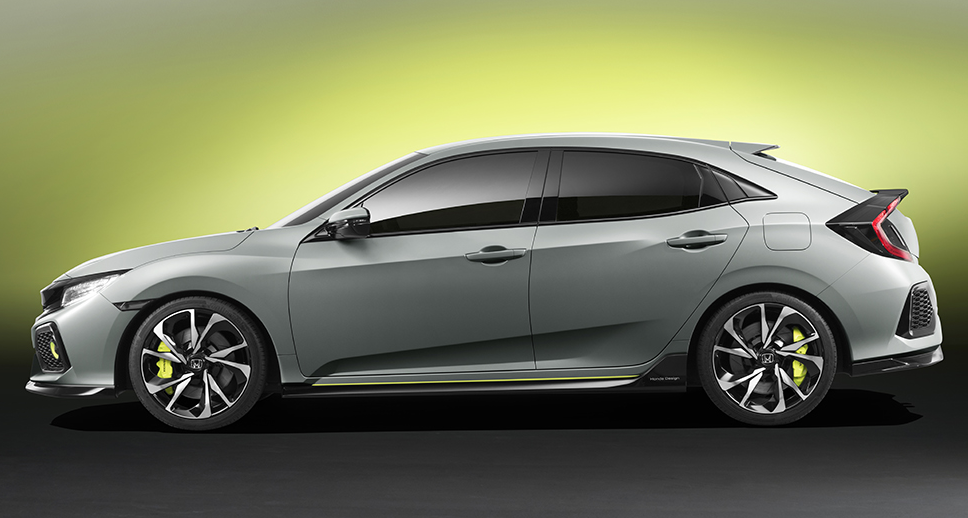 Certainly, when it makes its way to the U.S. next year (yes, Honda will be selling this thing stateside), it might not be the kind of car — unlike the last Civic — that your grandma will naturally gravitate to. And that’s a good thing.

Honda is keen to rediscover its sportier, edgier past, and this Hatchback model will certainly help steer younger buyers to showrooms. Or, at least, it’ll remind drivers that Honda isn’t all minivans and mom-mobiles (not that there’s anything wrong with those).