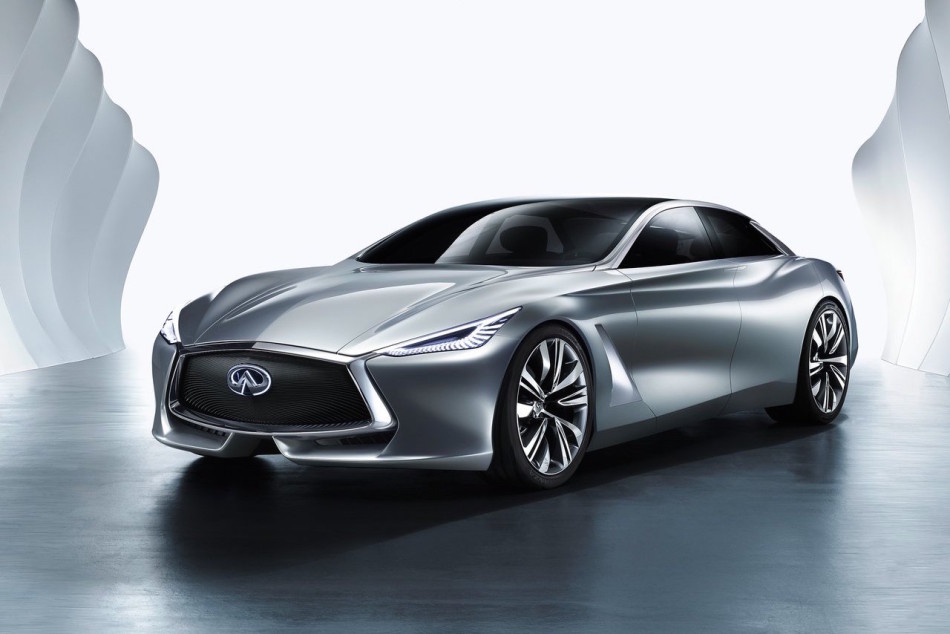 It feels like Infiniti has teased us with flagship concepts for years without any of them making it to production and, well, that’s because that’s exactly what’s happened.

To rattle off a few of its latest designs, there was the Essence Concept in 2010, which was a two-door luxury coupe, the Emerg-E in 2012, which was a fully electric two-door supercar design, and most recently the Japanese automaker introduced the Q80 Inspiration Concept in 2014, a four-seater sedan with the brand’s latest styling cues.

Finally, it looks like Infiniti has plans to produce a halo sports car model inspired by the Q80. Though we’re short on details, we do know the finalized model it will use a hybrid powertrain with similar performance to vehicles like Mercedes-Benz’s S500 plug-in hybrid, which churns out 436 horsepower and 479 pound-feet of torque while offering an all-electric range of 20 miles.

As a refresher, the Q80 Concept was longer than the Q70 sedan and revealed the brand’s future design language. The Q80’s most distinctive features included suicide rear doors, a panoramic roof, several high definition displays for drivers and passengers, and a luxurious interior.

Under the Q80’s hood was a twin-turbocharged 3.0-liter V6 engine paired with an electric motor for a combined 550 horsepower. Infiniti also claimed the powertrain would deliver 42 miles per gallon. It’s unclear if any of the concept’s hardware will carry over to the production halo car.

The Infiniti flagship sedan will also compete with vehicles like Porsche’s Panamera E-Hybrid, which develops 416 hp and 435 lb-ft of torque. Considering Infiniti doesn’t quite rival Porsche or Mercedes-Benz as a luxury marque, we can expect its production hybrid sedan to cost a bit less than both the S-Class and Panamera hybrids. Infiniti could release the new model to market as soon as 2018.