Samsung’s foldable smartphone might shake things up this January 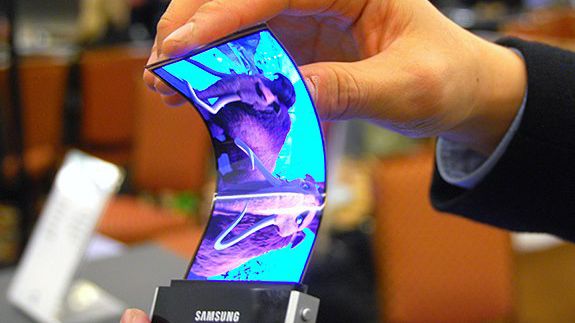 Picture this: A big-screened smartphone that folds in half to fit into your pocket.

Samsung could reportedly release such a smartphone as early as next January, according toSamMobile, a blog that covers Samsung and has a history of providing accurate information on new Samsung products ahead of their announcements.

The report claims a Chinese insider with knowledge of the product insists Samsung is currently testing a smartphone — so, no, it’s not a flip phone — with a foldable display. The rumored device could come in two models with 3GB of RAM, a microSD card slot and a non-removable battery; the only difference would be the processor, which could be a Qualcomm Snapdragon 620 and an 820 chip.

With Samsung’s phone sales looking troubled these days, the company has been forced to differentiate its devices with features like dual-curved displays and the S Pen stylus. A phone with a foldable display could be exactly what Samsung needs to win back customers who have defected to cheaper Chinese devices or Apple’s iPhones.

A foldable display isn’t without precedent. In 2008, Samsung showed off a prototype of a display that folds in half at The Society for Information Display (SID), an event that showcases innovative display technologies. You can see the prototype display in action in the video above.

Related  This is the flexible, foldable future of smartphone displays

The company has also showed off a concept video for a foldable phone that expands into a tablet.