Too Good to Be True: How to Spot a Fake iPhone

You’re hanging out in a bar when a stranger sidles up to you and offers you an incredible deal on an iPhone 6. But he’s clearly in a hurry and says he needs to sell it right now. So you come to the obvious conclusion: The phone is a fake.

Unfortunately, bogus iPhones aren’t always so obvious. Sometimes they appear in seemingly legit online ads or real-world stores. Regardless of where they appear, they’re out there, and the people who buy them are being ripped off.

The size of the problem

Just how many fake iPhones are being sold in the U.S. is actually hard to pin down. Apple won’t discuss the issue, despite repeated requests for information. Anti-counterfeiting watchdog groups say the problem is big, but they don’t have numbers.

But the anecdotal evidence is there: There was the recent seizure of more than 40,000 counterfeit iPhones in China.  Sales of the fakes arenot uncommon overseas. Among those who have been caught peddling fake phones stateside recently are a father-son duo in Orange County, Calif.; a teen in Utah; and two stores in a Maryland mall.

Fake iPhones are just part of a much larger counterfeit-electronics problem.

“Counterfeit consumer electronics were the second-most-seized commodity in fiscal years 2013 and 2014, with an estimated MSRP (retail price) of around $145.86 million and $162.20 million, respectively,” said Matthew Bourke, spokesperson for the Intellectual Property Rights Center at Immigration and Customs Enforcement. And remember: Those numbers represent just seizures, not the real volume of counterfeit goods being sold, which everyone involved assumes is much higher.

Consumer electronics represented 13 percent of all counterfeit products seized by the government, according Matthew Harakal at theU.S. Chamber of Commerce Global Intellectual Property Center. But, again, as Harakal and Bourke both point out, they can only count what they actually know about. It’s assumed that a lot more fake phones slip through the net daily.

So, however, big the problem is, what should you do when that guy sidles up to you at the bar — or if you’re looking at what you think is an iPhone on sale? First off, you need to know that there are two kinds of fake phones. 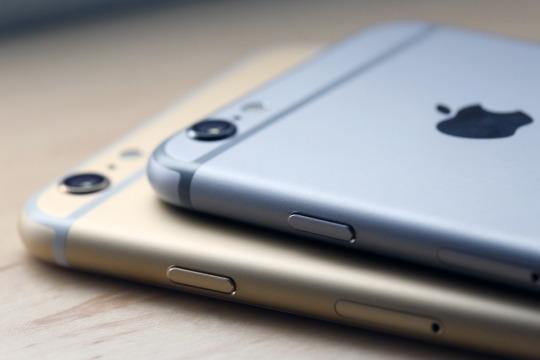 Superficially, such fakes can look remarkably legit. But there are a couple of telltale signs.

First, in trying out the phone, you might notice that the software response feels sluggish. That’s because the motherboard is from an older model.

But there’s another way to tell that’s more certain: When you look on the back of an iPhone 6, you’ll see the phone’s electronic serial number — known as the IMEI (international mobile equipment station identity) — engraved in tiny print just under the iPhone logo. This is a unique serial number that identifies the specific phone. That number is also available if you go to Settings > General > About. If those numbers don’t match up, you’ve got a fake.

(Note that this same number should also appear on the bottom of the box the phone came in. If the one on the box doesn’t match the one on the phone or in Settings, that doesn’t necessarily mean the phone is fake; it could just be a mix-up by the store; if it is, you should insist on getting a phone that matches its box.)

The other way counterfeiters build fakes is by trying to disguise an Android phone as an Apple phone.

These are usually easier to spot, although the counterfeits can be really convincing. The cases can look very much like the genuine article, and so can the screens. Here’s what to do to be sure:

First, try to invoke Siri by pressing on the Home button; if she doesn’t answer, it’s either a defective iPhone or a fake. Next, check out the icons on the home screen: For example, if you see a Google Play app, it’s not an iPhone. Or try tapping the App Store icon; if you it doesn’t go to Apple’s App Store, it’s not an iPhone. 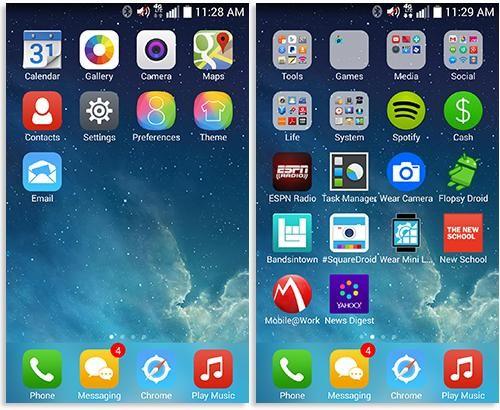 If you’re really in doubt, check the serial number listing in Settings (just above the IMEI described above) and touch it until the word Copyappears, then press that. Next, in your phone’s browser, go to Apple’sonline warranty checker. Touch the entry field there until Pasteappears, and paste in the serial number. You’ll see what model of iPhone it is, along with its warranty status. If it’s not a real iPhone, you’ll see an error message. If it’s an iPhone that’s been cobbled together from salvaged parts, you should see that the serial number doesn’t match the phone in your hand.

Other indications that may help you identify an ersatz iPhone: It may be a little thicker or not quite as heavy as the real thing (although that may be hard to spot without another iPhone of the same model for comparison); the screen resolution may be lower (ditto); and some details of construction may be wrong. The latter could include a SIM card tray that’s the wrong size (new iPhones use a nano-SIM); the wrong kind of screws on the bottom holding the phone together (real iPhones use five-pointed screw heads); and phone or box construction that feels cheap.

The bottom line is: Just because you’re in a seemingly legit cell-phone store doesn’t mean the iPhone is genuine. To be absolutely sure, stick with an Apple Store, a store belonging to a carrier, or an authorized retailer.

And, as always, follow the Golden Rule of scam avoidance: If a deal seems too good to be true, it probably is. Real iPhones don’t sell for $100 — or even twice that, unless they’re very old.

However, if what you really want is an Android phone that looks just like an iPhone, then go right ahead.