Is the iPhone 6s and iPhone 6s Plus are secretly waterproof ?

With the iPhone 6s being the latest Apple device to hit store shelves, we’ve already started to see an influx of bend test and drop test videos which aim to test just how rugged and durable Apple’s next-gen iPhone is. In keeping with that theme, YouTuber Zach Straley over the weekend decided to see how waterproof the iPhone 6s is.

Though Apple doesn’t ever reference the waterproof nature of its smartphones, wet iPhones are an unfortunate part of life, whether they get exposed to a few minutes of rain while out on a jog or even if they happen to fall in the toilet.

During testing, Straley started off by submerging an iPhone 6s and 6s Plus in bowls of water for 30 minutes. Upon removing both devices, Straley, much to his surprise, found that both devices were still functioning properly. He then put the devices back into the water for an additional 15 minutes.

After 45 minutes of being submerged in water, both iPhones were still working well. The camera was working fine, the display was in tip top shape, and even 3D Touch was functional. Next up? Another 15 minutes through the proverbial ringer.

After a full hour of being fully submerged under water, Straley dried off both iPhones and discovered that both devices were still as good as new. Straley even confirmed that both the headphone jack and the lightning port connector were still working well. 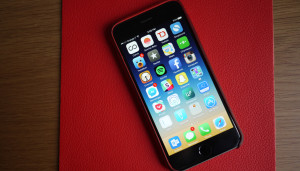