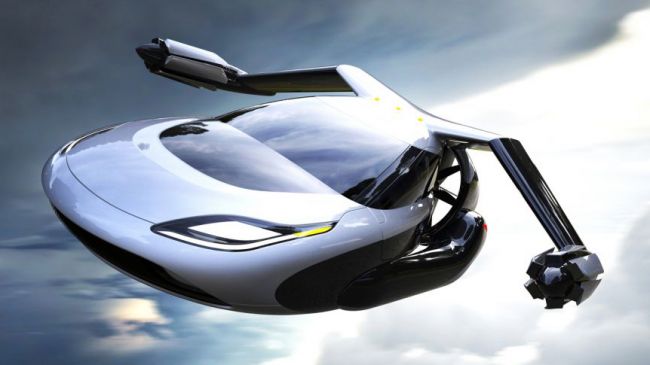 What you are about to read has been written by Mr Biffo, the creative force behind the 90s Teletext videogames magazine Digitiser. He now runs the show at digitiser2000.com.

October 21 2015! It’s the day the Doc and Marty arrived in the future. Except… it’s no longer the future, and from tomorrow it’ll be the past. How accurate was the 1989 movie’s depiction of today?

As brilliant as the minds behind the 80s film franchise were, they weren’t able to correctly guess everything. But you would be surprised at just how close to they were. 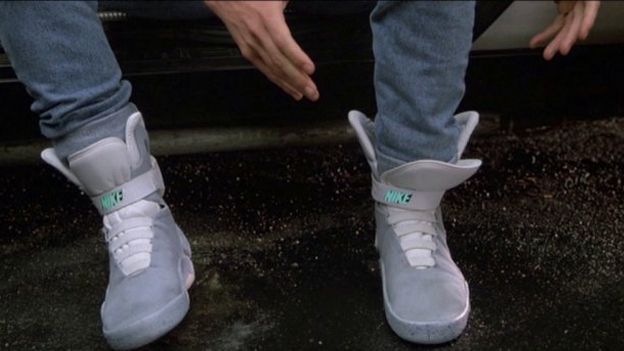 Lacing your sneakers has long been one of the most arduous and dangerous physical activities imaginable. Before we had power laces, accident and emergency departments were filled by a steady stream of patients with shattered wrists, mangled fingers, and compacted knuckle bones. Thank heavens for Back to the Future Part II showing us there was a safer, more battery-powered, way! Sadly, there has been a downside to the rise of self-tying sneakers; the professional shoe-lacing industry has all but collapsed. 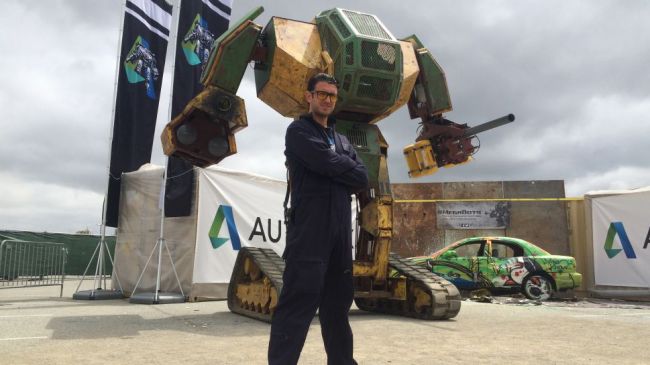 In Back to the Future’s 2015, the people of Hill Valley appear free to live their lives without consequence – providing they don’t get drunk on a stack of laser discs. There is no reference anywhere in the film to the disintegration fields, the Helldrones, or The Mechanex, the cruel robotic overlords who have enslaved our world, in a bid to turn our organic matter into biofuel for their intergalactic war engines. Hail our rules! Hail The Mechanex! 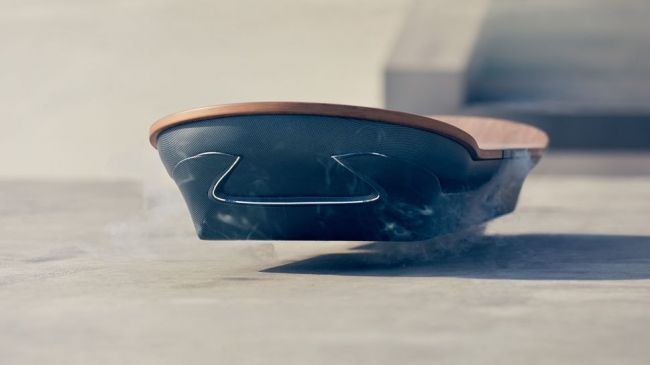 There can’t have been an single 80s kid who didn’t crave a hoverboard – the amazing mode of transportation that Marty McFly used to escape Biff Tannen’s unhinged cybergrandson, Boff. Today’s hoverboards are so advanced that they can carry hundreds of people at once, from one side of the world to the other – in a matter of hours. The only thing BttF got wrong was the name. We call them “planes.” 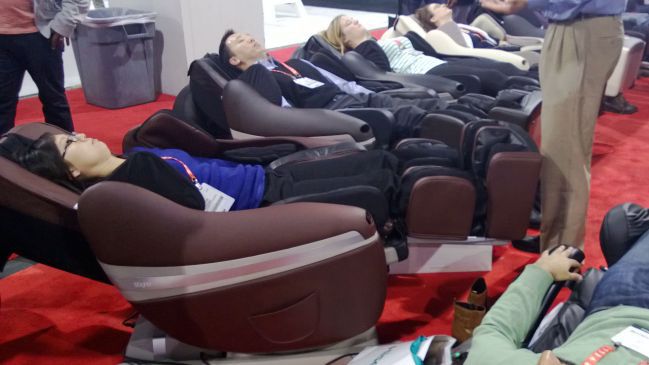 Something that Doc Brown is always doing in Back to the Future Part II is mentioning Dignitas, the Swiss assisted dying organisation. “That Dignitas they have now is real heavy,” he says at one point. “Great Scott! Dignitas clinics!” he cries at another, for no discernible reason. In fact, almost every other line uttered by the great Christopher Lloyd is about Dignitas in one way or another. In the real 2015, most of us don’t mention Dignitas anywhere near that much – if at all. 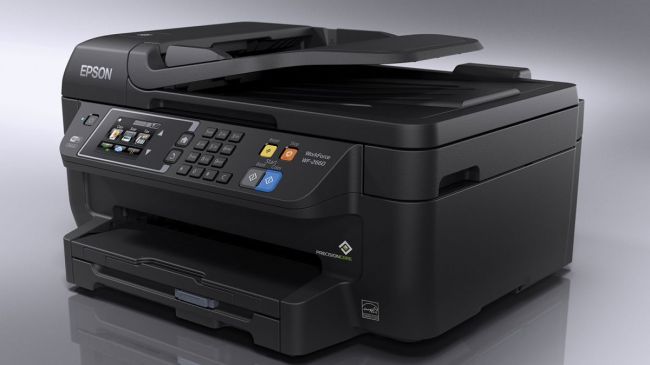 A machine that can teleport letters through the ether, like invisible word birds? 30 years ago it was the stuff of science fiction, used in BttF Part 2 as a method for Marty McFly’s questionable caricature of a boss – “The Jitz” – to fire him. Nowadays, everyone has a fax machine, and can be found carrying around the big, black units on their shoulders, pulling them along on a special trolley, or struggling to send a “faxie” of themselves to another idiot. 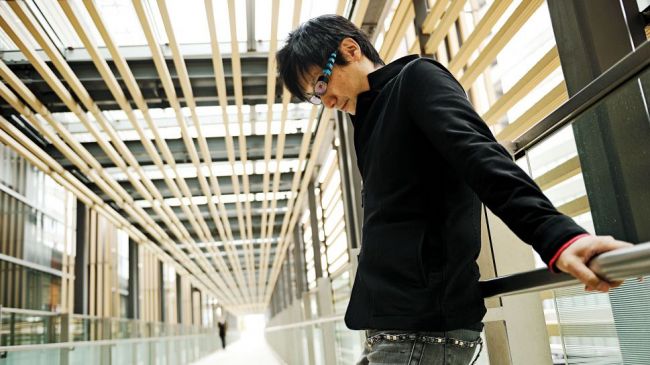 An actor representing Metal Gear Solid director Hideo Kojima can be spotted in the background of several scenes throughout BttF2’s 2015 sequence. He can be seen running hither and thither, patting people on the back and punching birds out of the air – just like he does in today’s 2015. One key difference? BttF’s Hideo Kojima doesn’t wear glasses…

Related  How to make your 'dumb' car smarter 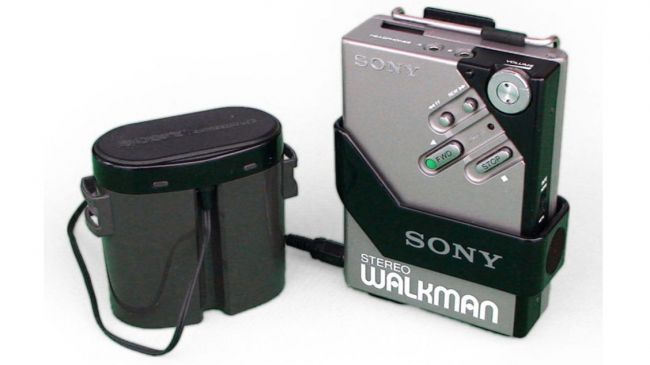 In 2015 Hill Valley, Marty McFly visits an antiques shop that sells such 1980s artefacts such as dustbusters, books with dust covers, and dustbuster dust covers. We may not quite be at the stage of seeing Rubik’s Cubes in antiques shops, but nostalgia is everywhere in our society. Indeed, eBay is like Spanish fly to pre-Millennial manchildren, looking to relive their formative years. And then you have retro meta listicles such as this one, which relate to 1980s movies such as Back to the Future, and Back to the Future Part 2, in weird, self-referencing ways. 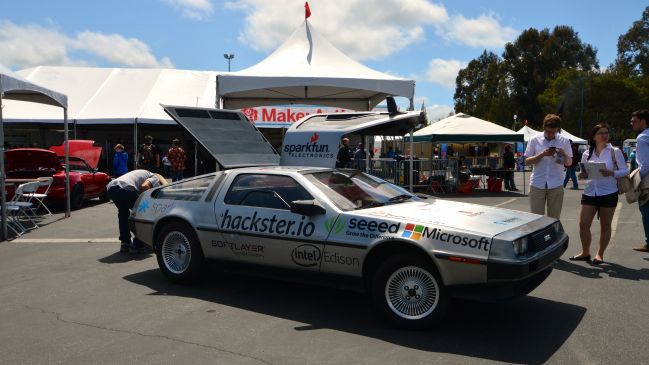 This method of advertising was quietly dropped a few years ago, when it was finally acknowledged that most corporate logos would be meaningless to our ancient ancestors. They are no more likely to leave their crannogs for a Starbucks than they are to line up two weeks before the release of a new iPhone, while fending off sabretooth tiger attacks, or whatever it was that they did.

There can’t be an 80s kid who didn’t long for their dad to get a flying car, like the ones that filled the skies above Hill Valley. Today’s flying cars are so advanced that they can carry up to 12 people at once, ferrying them almost silently across the countryside while they sip champagne, and throw coins at farmhouses and cows. The only thing BttF got wrong was the name. We call them “hot air balloons.” 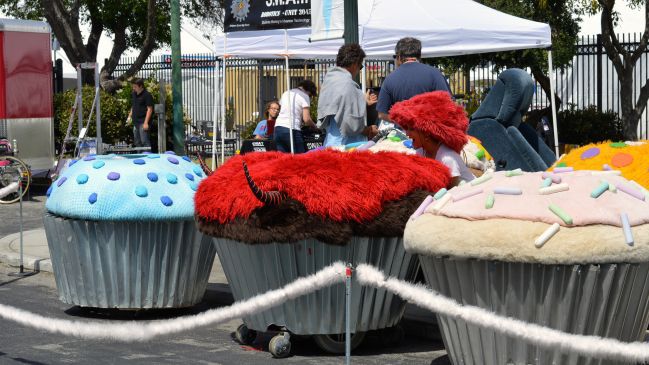 Where were all the giant cupcakes in 2015 Hill Valley? We live in a future where there’s a giant community cupcake on almost every street corner – with crowds of our fellow citizens lining up to sink their tongues and fingers into the sweet, sweet frosting. Too bad the film makers never got that one right – I for one would’ve loved to have seen Michael J Fox licking pink icing from the Doc’s face and hands.