Microsoft’s HoloLens for developers will cost $3,000 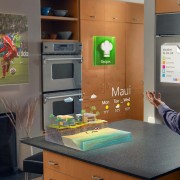 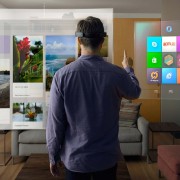 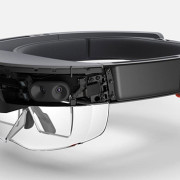 HoloLens was the big star of January’s Microsoft event. Now we’re inching closer to holographic computing being a reality.

Microsoft announced that its HoloLens Developer Kit will be available in the first quarter of 2016 for $3,000, at its Windows 10 Devices event in New York on Tuesday. The company is now taking applications from interested developers.

This developer kit is quite expensive, so clearly Microsoft is taking its newest device very seriously.

Microsoft shocked the world when it announced HoloLens at its Windows 10 announcement event earlier this year. It’s a wearable headset with a lens that combines virtual reality, augmented reality and video in an attempt to reinvent computing.

The unit is entirely self-contained, meaning it doesn’t require an external device to operate, in contrast with other the other virtual reality devices on the market thus far. Microsoft is using this potentially revolutionary device to position itself as an innovator.

While it’s unclear if and how the market will adopt HoloLens, it’s undoubtedly an ambitious move on Microsofts part. The device is unlike anything that’s preceded it.

Getting the device in the hands of developers will help further its development substantially. The company didn’t make any specific announcements about when the consumer version of HoloLens would be available, or what it would cost, but the fact that it will soon be in developer hands provides a clearer timeline.

Microsoft showed off HoloLens with an incredible demo of a “mixed reality” game called Project X-Ray, which projects elements of the game on the walls of your house and on your body.

The gamer onstage was able to fight and interact with enemies in the game, which seemed to rip through the walls on the stage. Microsoft didn’t say if this game would be available with the eventual launch of HoloLens, but it certainly whet the appetites of those excited for this new device.