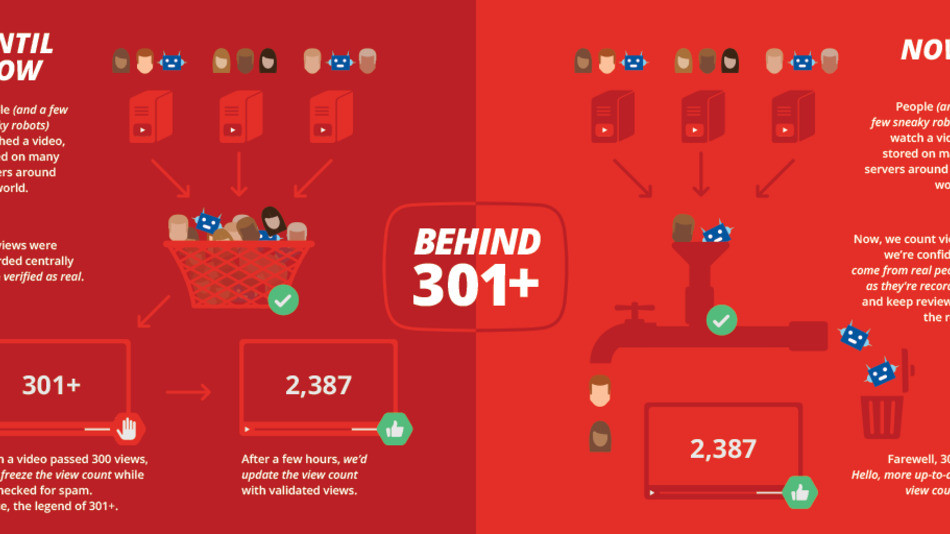 YouTube 301+ view counts, we hardly knew you. YouTube is retiring the 301+ views quirk — which was previously used as a placeholder until YouTube could verify the number of views a video received — and moving to a real-time viewing algorithm.

As spotted by The Next Web, the @YTCreators Twitter account explained the change in a helpful infographic/tweet. 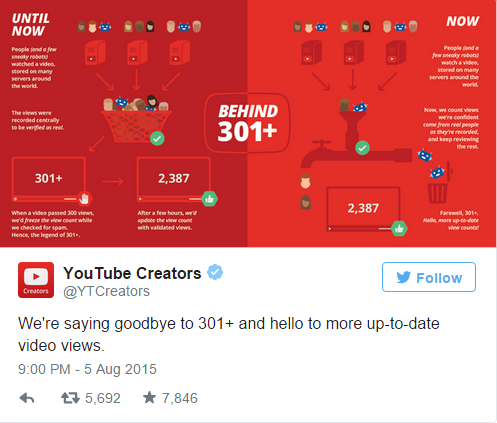 The 301+ view count bug has been a mainstay of YouTube for what feels like forever. The view counter was originally installed to help prevent users from gaming the YouTube system.

Early on in YouTube lore, scammers would use bots to try to trick the YouTube view counter to make videos seem more popular than they really were. This was a big deal because videos were often displayed on the site in order of popularity.

To counteract this type of behavior, YouTube started to freeze the view count after 300 views. A few hours later, once real views could be validated from those coming from bots, the real updates would become visible. Over time, the 301+ message has become a signifier that a video is about to go viral. Internally at Mashable, we’ve often relied on the count to know whether something was going to be a big hit or not, based on how quickly it hit that magic “301+” mark.

But that’s going away. YouTube has the capabilities to ascertain real from fake views in a much more up-to-date fashion.