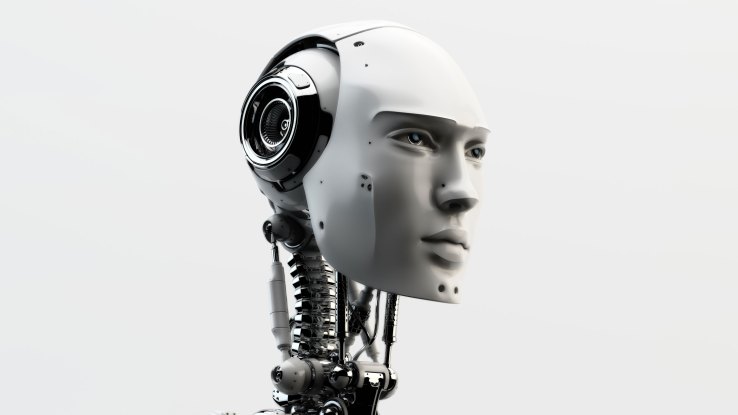 Robots are starting to appear everywhere: driving cars, cooking dinners and even as robotic pets.

But people don’t usually give machine intelligence much credence when it comes to judging beauty. That may change with the launch of the world’s first international beauty contest judged exclusively by a robot jury.

The contest, which requires participants to take selfies via a special app and submit them to the contest website, is touting new sophisticated facial recognition algorithms that allow machines to judge beauty in new and improved ways.

The contest intends to have robots analyze the many age-related changes on the human face and evaluate the impact on perception of these changes by people of various ages, races, ethnicities and nationalities.

Dr. Alex Zhavoronkov, a consultant on the competition and CEO of Insilco Medicine, a bioinformatics company focusing on aging research, says “Recent advances in Deep Learning have made machine recognition of beauty aspects far better than ever before.”

Machine intelligence capabilities have been steadily growing in sophistication every year. Some experts say Moore’s Law — where a microchip doubles in computing power about every 24 months — may not hold up as well as it has in the last two decades. However, even if Moore’s Law fails in the future, new methods of computing, like quantum computing, may again set the industry on breakneck development speeds.

Part of the AI beauty contest framework is not just for humans submitting selfies, but also programmers submitting their best algorithms for machine detection of beauty. Near the bottom of the contest website is a link for algorithm submissions that takes coders to a page saying, “Would you like to go down in history as one of the first data scientists who taught a machine to estimate human attractiveness?” In a way, this makes the contest a crowd-sourced event.

Of course, getting robots to understand beauty is not just for kicks. Behind the motive is a massive anti-aging industry that wants to better understand how youthfulness can be better monitored and implemented. I suspect it’s part of the reason Microsoft, Nvidia, Youth Laboratories and other companies are prominently listed on the website as “partners and supporters.”

Getting robots to understand beauty is not just for kicks.

“This contest will help build impartial feature-specific and general robots that will help us understand our faces. But my personal dream is to have this contest extended into anti-aging and general healthcare space,” said Nastya Georgievskaya, robot tutor at Youth Laboratories, a company developing deep learning systems for facial analysis.

Dr. Zhavoronkov told me the contest hopes to facilitate the launch of a series of apps that will allow people to track the effects of various products (including cosmetics) on their face — ones that quickly allow them to understand the impact on perception using impartial opinion of deep-learned algorithms.

“People may not care about how to extend their lifespans, but they definitely care about the way they look,” Zhavoronkov wrote me. “Insilco Medicine used massive multi-omics data from academic and commercial partnerships to predict the likely geroprotectors that may have beneficial effects on human skin, and we need a way to test the efficacy of these interventions. We will be launching an application called RYNKL in the coming weeks if all goes well, which will allow users to take standardized selfies periodically to analyze the changes in ‘wrinkleness’ of their face in the context of their lifestyle, behavior, and other interventions.”

This beauty contest will run every half a year, and more and more teams from all over the world will be invited to try their robots on human faces linked to multiple other parameters. The overriding goal of the contest is discover complex rating systems that will teach machines to evaluate humans, which will be important to getting robots to act more like us — and also to understand our ways. Of course, humans may be in for a surprise if machines decide many of us are not attractive — or are even downright ugly.

Despite the competition featuring the next generation of machine recognition, the beauty contest does not allow participants to use make-up, have beards or wear hats in their submitted selfies. Maybe in a few years, that will be worked out, so machines will be able to understand more than skin-deep beauty, but also human’s love of endless and often artistic material accessories, like earings, fancy dresses and even tattoos.

Eventually, through this technology, machines may even learn to judge another machine’s appearance, opening up the possible world of robot attraction and love.