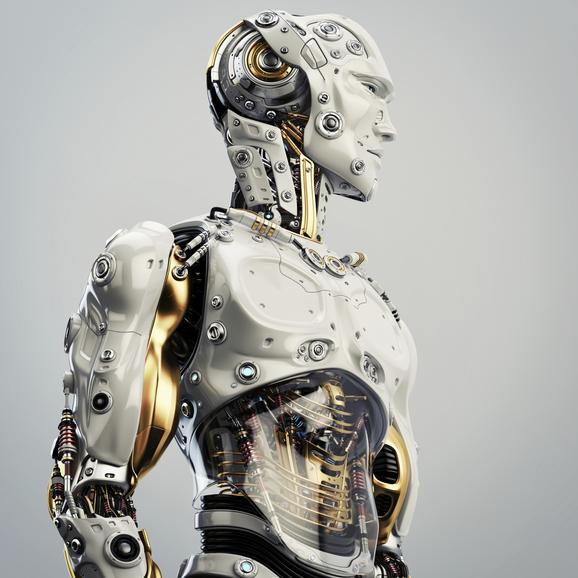 The combination of wearables and the Internet of Things is about to change how we perceive the world.

The other day I discovered I had a new sense.

I was driving across the high plains in the north of Nevada, an empty landscape of hills and mountains, pockmarked by mines and illuminated by the occasional casino. There aren’t many people there, in the empty country. Pickups roll by, flying “I am carrying explosives” flags, and the odd bullock sits at the side of the freeway, staring at the cars.

The emptiness meant that for much of the journey I was out of reach of a cellular network. Every now and then, as I drove around a small town or past a truck stop, I’d suddenly get a burst of data, and my inbox would get a trickle of email and social network notifications.

So where did the new sense come in?

For nearly a year now I’ve been wearing a smarter-than-average fitness wearable device. The Microsoft Band isn’t a fully autonomous smartwatch, but it is a more than capable connected wristband. A haptic actuator in the band vibrates when messages arrive on my phone, letting me know that I can check them when I get to a rest area or a gas station.

That buzz on my wrist was a new sense in action: it let me know that I was in a pool of modern civilization, connected to the wider world, no longer in the bubble of car and iPod audiobooks that was carrying me from San Jose to the far side of Utah. It was a new sense that was a harbinger of an interesting tomorrow.

As we wear more and more devices, we’re going to be living in a world where we gain more and more senses beyond the traditional five. Knowing I was in cellular coverage wasn’t particularly useful; after all, I was driving down a desert freeway at 75 mph surrounded by trucks full of high explosives. Looking at my email wouldn’t have been at all sensible. But it’s an interesting example of where we’re going with wearables and with haptics.

That’s just one example from recent months. It’s clear that this blend of sensors, the Internet of Things, and haptics is changing the way we interact with the world. It’s not just my Band, and its interactions with my phone, it’s devices like the Apple Watch sharing heartbeats across the network, and software like Cortana letting me build geo-fences around my world.

A friend paired my iPad with their smart door lock. Now I can just reach out and enter their home any time I’m visiting – unless of course they’ve revoked my access. The door glows blue to let me know I can turn the handle, and if I had an Apple Watch, I’d be able to use it instead. Even the rental car I’m driving in Silicon Valley is sending me signals, as my iPod connects to its Bluetooth and its wireless key fob unfolds the wing mirrors as I walk towards the door.

Combining these technologies with cloud services and intelligent assistants extends them further. Park a car in a street, photograph the meter, and give your phone instructions to remind you when your time is up: suddenly you’re able to use an app to add a few minutes more to your parking if your meeting is over running. Similarly, you can tie your smart thermostat to your phone, so your home is the right temperature when you walk in through the door – while everything’s been in low power mode while you were away from home, saving energy and money.

Mixing sensors on our bodies, in our homes, and in our devices is bringing about an intriguing, science-fiction-like world. This isn’t tomorrow, this is today, all over the developed — and the developing — world. As we bridge the Internet of Things and our personal area networks, we’re immersed in a sea of low power radio, linking us to our machines and linking our machines to us. 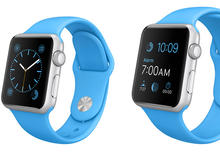 It’s not hard to see a piece of software monitoring my wearables, letting me know that I should move. That’s already a function of the Apple Watch, and anecdotes from Cupertino talk of meetings being interrupted by people getting up and walking around. From the other side of the machine and human divide, Amazon’s Echo can be a hub for multiple devices, making Alexa a voice for the ambient computing environment in our homes.

We’re only going to get more connected, with more haptic notifications from our wearables. Two buzzes as you walk to the door? Time to get your umbrella, as your local micro-forecast is showing a 65 per cent chance of rain in your walk to the train station. Three buzzes as you leave for lunch? There’s a special on at Joe’s Deli, and it’s your favorite pasta. Another two when it’s time for home? The cat is out of food and you need to pick some up on the way.

It might be stretching things to call these new senses, after all, as we’re just bringing the existing sensor we have into a much more personal set of devices. But as we internalize our responses to these new stimuli, they’re going to become something very like them. We’ll know when the things that matter to us are happening, and we’ll be able to affect them through our devices.

We are already cyborgs, on a road to a future where our machines complement our lives. It’s up to us to make the best of the tomorrow we’re building.