The most mind-blowing space photos of 2015 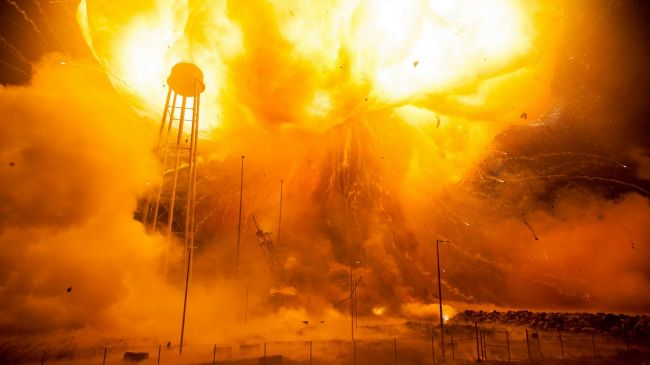 Hubble, we love you. The orbiting space telescope has sent us reams of awesome intergalactic images over the years, and 2015 was no different. However, there was a lot more going on space-wise, with several eclipses, encounters with new worlds, and some intrepid ISS action. There have been some stunning space reveals during 2015 (liquid water flows on Mars, anyone?), but we’ve concentrated only on the best images. Here’s looking at you, space. 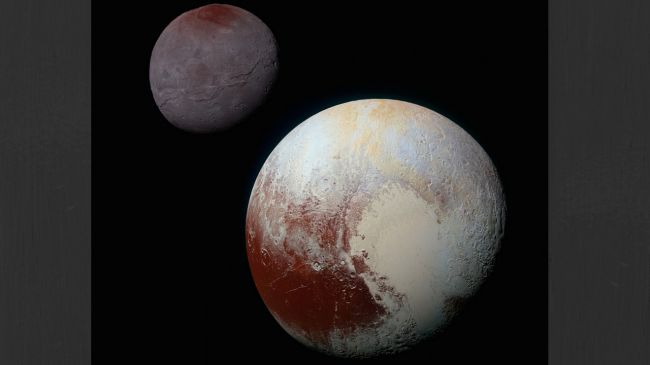 Pluto and its moon Charon were snapped for the first time (Credit: NASA/JHUAPL/SwRI)

Did man finally conquer the solar system in 2015? Although Pluto was relegated to dwarf planet status a decade ago, there was a feeling on July 14 2015 that we had finally finished the job of photographing the rest of the planets when NASA’s New Horizons spacecraft passed through the Pluto system after a decade-long journey. Although the probe spent barely a few hours photographing Pluto and its moons (it is travelling at 58,000 km/h, after all) and is still sending back its images, we now know Pluto has incredibly diverse geology, with mountains, ridges, dunes and craters. Not bad for a tiny icy dwarf planet. 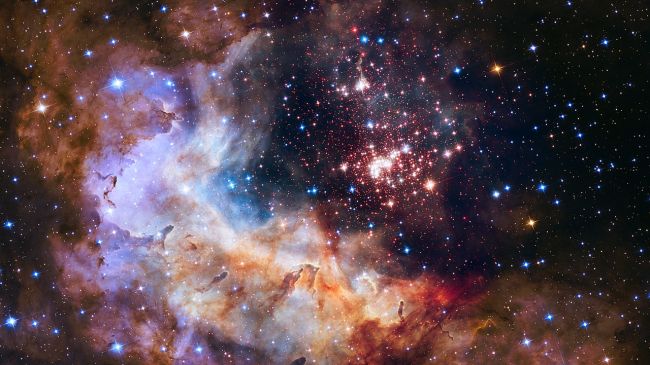 Someone should start a religion around Hubble, such has been its profound effect on human understanding of our Universe. It will soon retire, replaced by the massive (and fully infra-red) Webb telescope, but in April it celebrated its 25th anniversary by pointing its infra-red capable Wide Field Camera 3 in the direction of the constellation of Carina. This image of star cluster Westerlund 2 revealed a fantasy landscape of glowing gas around some of the hottest, brightest and most massive stars in the Milky Way. This is where stars are born, and once again Hubble gave us a ring-side seat.

A hole in the sky 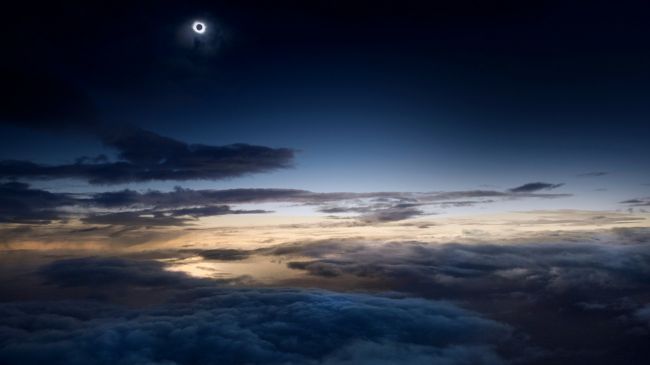 The sun was blocked by the moon for two minutes in the Faroe Islands in March 2015 (Credit: Bardur Eklund/www.visitfaroeislands.com)

Have you ever actually seen the sun? If you’ve never witnessed a total solar eclipse, you won’t know that the Sun isn’t yellow, but pure white. The people of Svalbard, Norway and the Faroe Islands got to briefly glimpse the pulsing white streamers of its achingly beautiful corona and the huge red explosions on the sun’s surface before lunch on March 20 2015 when the moon covered the disk of the sun for a couple of minutes. This is the only time anyone can stare at the sun, all while standing the rushing shadow of the moon and shivering as the sky goes dark for a few minutes during the day. Put it on your bucket-list: it’s an emotional juggernaut. 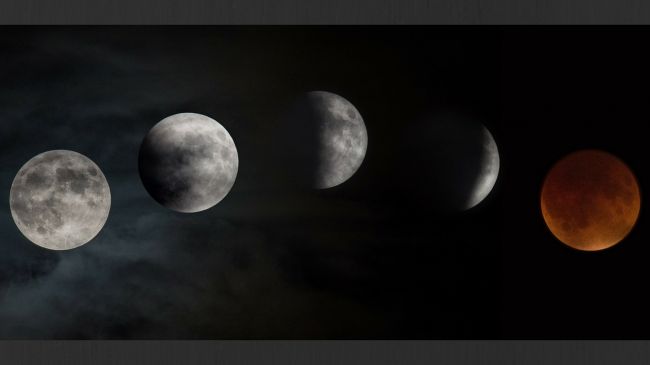 If a total solar eclipse can only happen at new moon, a lunar eclipse – when the earth gets in between the sun and our satellite – can only occur at full moon. 2015 saw two to choose from on April 4 (exactly two weeks after March 20’s total solar eclipse, see?) from North America and September 27-28 from North America and Europe. Erroneously termed a blood moon (it’s not red) and a supermoon (which merely means it appears slightly larger in the sky), watching the earth’s shadow move slowly across the surface of the moon for a couple of hours is an eerie spectacle that peaks in a colourful display of pinks and oranges.
Related  How to do more with a Google Account 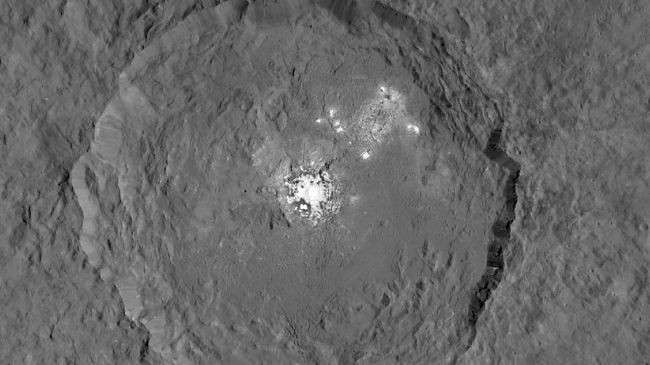 While New Horizons and Rosetta were making all the headlines, NASA’s Dawn spacecraft swept over Ceres on March 6 to photograph some mysterious bright spots. Within the Occator crater’s mile-high sides, Dawn found intriguing marks that could be aliens, volcanoes, ice or salt deposits (the smart money is on the latter). Ceres is the largest object in the asteroid belt between Mars and Jupiter.

No one wants to se a rocket explode, but… well, actually, we do. Although it happened in October 2014, NASA released some spectacular images during 2015 of the catastrophic explosion of Orbital ATK’s Antares rocket, which was attempting to take supplies to the International Space Station in a Cygnus spacecraft. Happily, Orbital ATK got its mojo back in early December 2015 when it successfully launched a Cygnus to the ISS, though it did have to forego using another of the suspect Antares rockets, instead relying on a United Launch Alliance (ULA) Atlas V rocket system. 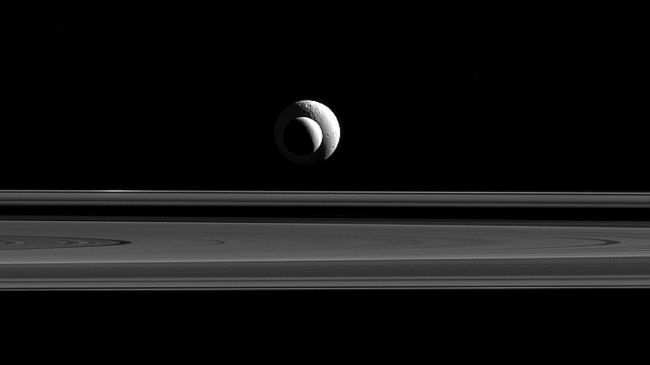 It’s more than a decade since NASA’s Cassini probe went into orbit around Saturn, and during that time it’s sent back thousands of beautiful images. It’s got two years left on the clock, but 2015 saw it get as close as it will ever get to Enceladus, a moon that Cassini itself confirmed back in 2005 has an underground sea of warm, salty, liquid water. Plumes of it are jetting from fractures at the moon’s south pole. Cassini performed its closest flyby in late December 2015, but on the way there it took this fine image of Enceladus in conjunction with smaller moon Tethys “floating” above Saturn’s rings.

Stargazing on the ISS 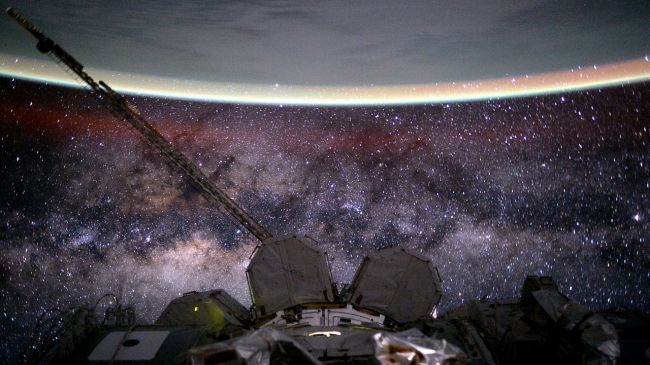 Stargazing from the ISS (Credit: NASA)

Astronauts on the ISS get to see the northern lights and southern lights every 45 minutes as their spacecraft orbits earth, but stargazing from the International Space Station isn’t something that gets mentioned much. That’s probably because when the lights aren’t on (which is rare) someone’s watching Gravity on the astronauts’ new-for-2015 home cinema. However, during September NASA astronaut Scott Kelly – on day 135 of his punishing year-long mission – adjusted the exposure on his camera and captured this beautiful image of our Milky Way galaxy from near-earth orbit

Can you hear me Major Tim? 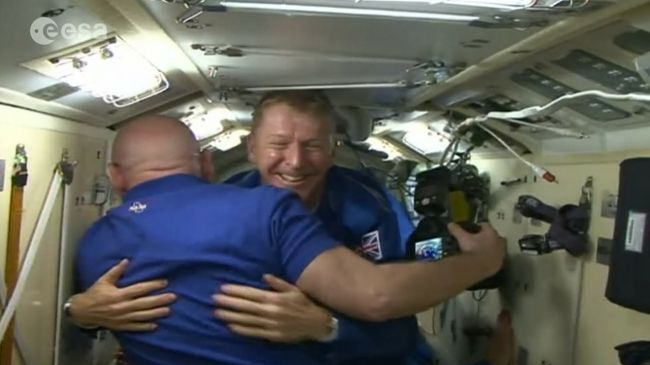 OK, so we know he’s not the first-ever British astronaut (that was Helen Sharmanin May 1991), but 43-year-old test pilot Tim Peake’s journey from Westbourne in West Sussex to the International Space Station 250 miles above us gripped the space-starved UK for one earth day last week. From the launch of his Soyuz rocket from Kazakhstan to its tense manual docking with the ISS just six hours later (thanks, Russian cosmonaut commander Yuri Malenchenko), Peake’s ascentrounded off the year in style. His Principia mission will last six months.