Facebook experiment will let you ‘take a break’ from your ex

Social media sites like Facebook add extra layers of complication to dating, especially when dating turns to breaking up. Now, the social network is testing a feature to soften the blow.

Facebook is piloting a set of features on mobile that will allow you to limit the amount of content that is shown to your exes and vice versa, it announced in a blog post Thursday. The feature would allow you to see less of your former partners, without the need to block or unfriend them.

With the new tools, when you change your relationship status, you’ll have the option to limit the number of status updates, pictures and videos of the person in question. That person’s name will also no longer appear in suggested people to message or tag. Additionally, Facebook will give you the option of automatically untagging or limiting the visibility of posts and photos with an ex. You can either go through each post one by one to decide whether to untag yourself or get rid of all tags in one clean sweep.

The feature will also allow you to limit the updates your ex may see about you. You can choose to hide your posts from that person, so they will only be able to see those posts that you share publicly, with mutual friends or those that you have tagged them in. 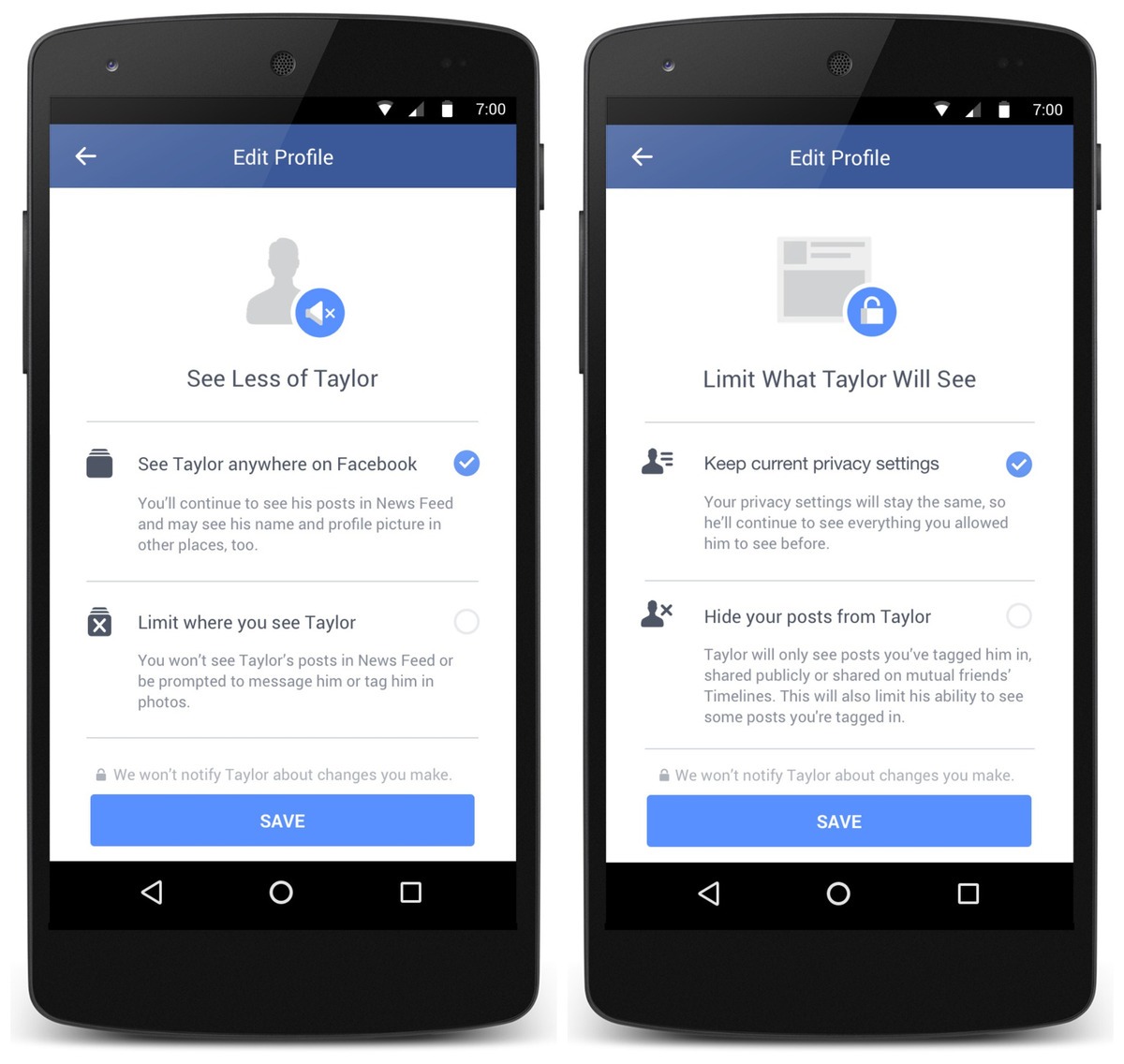 Kelly Winters, a product manager at Facebook, said in the post that users often ask what options are available when they end a relationship beyond unfriending or blocking an ex. The tool was designed to add more flexibility to this process.

Related  The biggest tech fails of 2015: Hoverboards, Puls and more 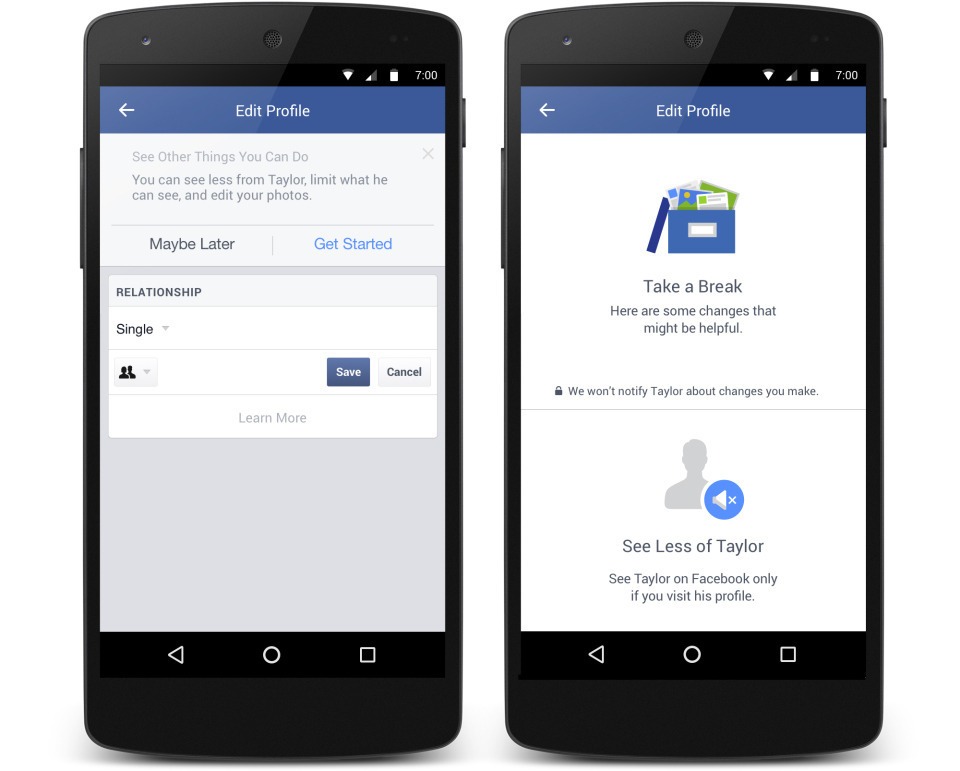 Currently, Facebook is testing the feature in the U.S. within the mobile app. It plans to make it available more broadly after it receives feedback from the users currently testing it, though it did not say when that would be. A representative for Facebook did not immediately respond to aMashable request for comment.

Ending a relationship in the age of Facebook is always a complicated proposition. While you might not ever physically see your ex in person again, Facebook means they will still have a presence in your life, whether you want them to or not. While unfriending and blocking have long provided a simple way to remove their digital presence completely, it’s a wholesale move that many consider in poor taste, especially if a breakup is relatively amicable.

Facebook has recently focused its attention on being more sensitive in the content it serves its users. For many, this feature will be a welcome addition.

BONUS: Facebook News Feed 101: How it works and what to expect next