Insane, 24-core phone sounds like vaporware, but we still want it 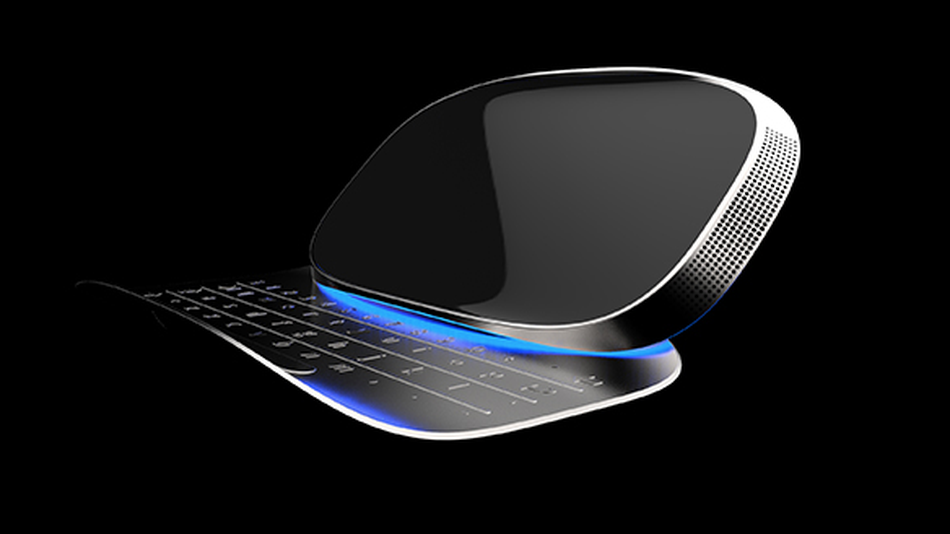 Spotted by Android Police and announced via Turing’s newsletter, signed by company CEO Syl Chao, the Turing Monolith Chaconne is a 6.4-inch phablet with a slide-out keyboard. It will have — wait for it — three octa-core Snapdragon processors working in unison (that’s a total of 24 cores), a 4K screen, 18GB of RAM and 1.2TB of SSD storage.

Need more insane specs? How about a 60-megapixel, quad rear camera (whatever that means), coupled with a 20-megapixel dual selfie cam? Or the 3,600mAh “graphene supercapacitor battery” coupled with a 2,400mAh Li-Ion hydrogen fuel cell?

The weirdest part of those specs is the three Snapdragons functioning as one. TRI has an explanation on how that will work, and we really need to quote the whole thing here.

“TRI plans on connecting multiple CPUs via WiGig by implementing an ad-hoc driver to the 60GHz channel via on-board USB3.0. This complicated computing process stores a transient matrix in SSD of CPU(1), then it recomputes and shares the transient matrix with the other SSD of CPU(2) simultaneously. This results in the CPUs sharing their computing power in parallel,” says the newsletter.

If all that sounds like a 13-year-old kid just randomly assembled impossible specs into a spreadsheet, we agree. You could theoretically place all that (at least the parts that actually mean something) into a (pretty fat) case, but will it really work? And how on Earth will they prevent it from overheating? 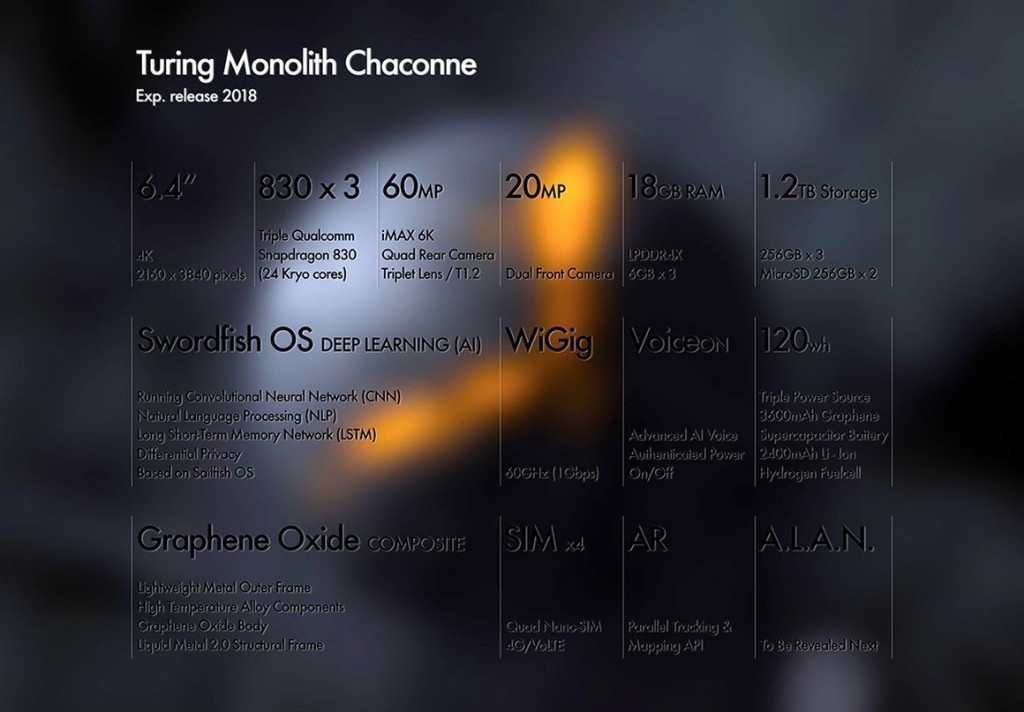 The cherry on top is the OS this thing will allegedly be running: the “deep learning” Swordfish OS (based on Sailfish, a Linux-based OS which actually exists), with terms such as “running convolutional neural network” thrown in. We get it, this thing will be smarter than us.

Related  This is how NASA plans on building a Mars colony

The only redeeming quality of that spec sheet is the 2018 launch date, which makes it all a tiny bit more realistic, but we still wouldn’t bet on this phone ever actually hitting the stores. Let’s just call it a concept for now.

As far as we can tell, Turing has only produced one phone — the Turing Phone — which, after a lot of delays, apparently started shipping in July. It’s an interesting device, but nowhere near as crazy as the Chaconne. The company also announced another crazy-specced phone last week, the Turing Cadenza. That one “only” has a dual Snapdragon 830 chip, and a 2017 release date.

Turing’s official Twitter and Facebook accounts do not mention these two new phones, which is highly suspicious. However, we contacted Turing, and the company’s senior VP of engineering, Calving NG, confirmed to Mashable that the announcements are officially coming from Turing’s CEO. If the entire thing is some sort of prank, at least we’re fairly certain it’s coming from Turing itself.

We remain skeptical, but we give the Turing folks (or whoever assembled those newsletters) props for propelling our imagination into outer space; with so many phones being just slightly improved iterations of last year’s model, it’s ok to dream big once in a while.