Hands on with the DJI Phantom 3 Standard drone

DJI makes a strong line of amateur and professional drones. The $699 Phantom 3 Standard is the newest of them and, perhaps, the most consumer-friendly drone DJI has ever produced.

We face the very real possibility that drone flying as a hobby may be coming to an end or at least an extended pause due to new regulations. That knowledge weighed heavily on me as a DJI Phantom 3 Standard drone hovered more than 325 feet overhead.

While its four rotors buzzed loudly, I could barely hear them on the ground as the drone awaited my next command. I gently touched the right joystick control and inched it forward in the sky.

It’s such a great flyer.

DJI makes a strong line of amateur and professional drones. The $699 Phantom 3 Standard is the newest of them and, perhaps, the most consumer-friendly drone DJI has ever produced. I’ve flown more than a few drones in the past (no idea how many I will legally fly in the future) and I’d say the Phantom 3 Standard is in some ways comparable to Parrot’s Bebop Drone, but in others, levels above it (literally and figuratively).

I’ll be honest, I was a little intimidated when I first opened the DJI Phantom 3 Standard, not because there were a lot of pieces, but because of the Phantom series reputation. It’s always been for more serious flyers. The reality of the Phantom 3 Standard, though, is nothing of the sort. The only required assembly is putting on the four rotors. Two you spin on clockwise and two you spin on counter-clockwise. It’s kind of idiot-proof.

You also have to insert the large battery. After that, the majority of setup is on the software and connectivity side, but first you’ll want to charge up the battery, which you do while it’s outside the drone and using the proprietary charger, and the book-sized remote control, which charges with a standard micro-USB charger.

Before I finished setting up the connection between the Drone and the RC and my phone, which I planned to use as drone’s viewfinder and control panel, I considered the drone itself.

Where Parrot’s Bebop is a colorful combination of tough foam, plastic and mid-sized, exposed rotors, DJI’s drones offer a hard, sleek, plastic body atop a pair of spindly-looking, yet rigid legs. The rotors are striking for their size. More impressive, though, is the camera hanging off the DJI Phantom 3 Standard’s belly. Bebop’s impressive HD camera is inside the nose of the drone. Phantom’s is a GoPro-ish-looking, aluminum-framed and comparatively big-lensed HD camera on a physical gimbal.

Parrot’s solution to keeping the video steady on a camera that sits inside the body of the drone was to use digital video cropping — it keeps the visible frame steady while cutting away the movement (along with some of the image) on the outer edges. Phantom 3 Standard’s gimbal, which is attached to a physical shock-absorber system, keeps the video rock-steady. Both drones make you point the drone in the direction of the video you want to shoot, but Phantom 3 Standard lets you independently control the vertical tilt of the camera via a small dial on the remote control.

The Phantom 3 Standard comes pre-paired with the included remote control, so as soon as you power up, you’re connected to the drone. It has all the physical controls you need to fly, including a physical “Home” switch. However, you won’t really have all the control you probably want until you pair it with a smartphone, which you can attach to the remote control with an included clamp that holds your device tight. 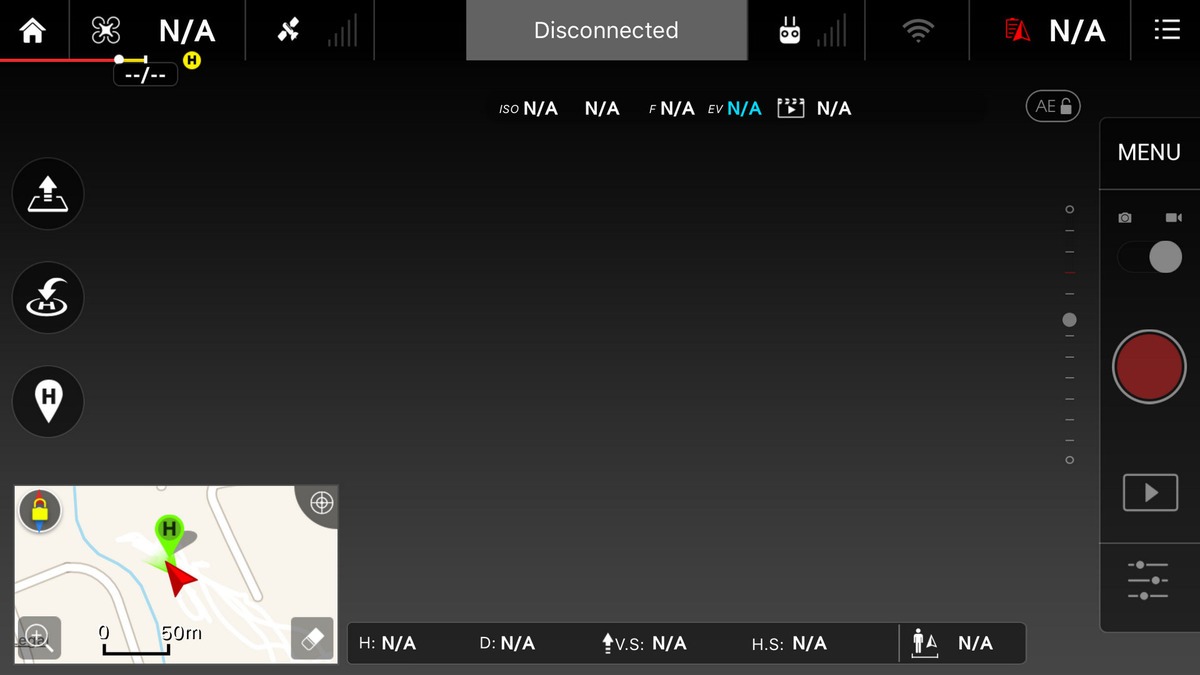 I downloaded the free DJI app and then followed the instructions to start connecting it to my iPhone. Like many other prosumer drones, the Phantom 3 Standard is a Wi-Fi hotspot. It showed up in my Wi-Fi list, I connected and then…I had to do a firmware update. Aside from one disconcerting dialogue box that was all in Chinese, it was pretty straight-forward, if a little time-consuming.

With the upgrade done, I turned to the Camera View in the app. I will admit, the interface was more than a little intimidating. In contrast to Parrot Free Flight 2.0 Software, which tends to be fairly clean of detail, DJI’s interface looks like something a real pilot might appreciate. Eventually, however, I came to appreciate it, as well. 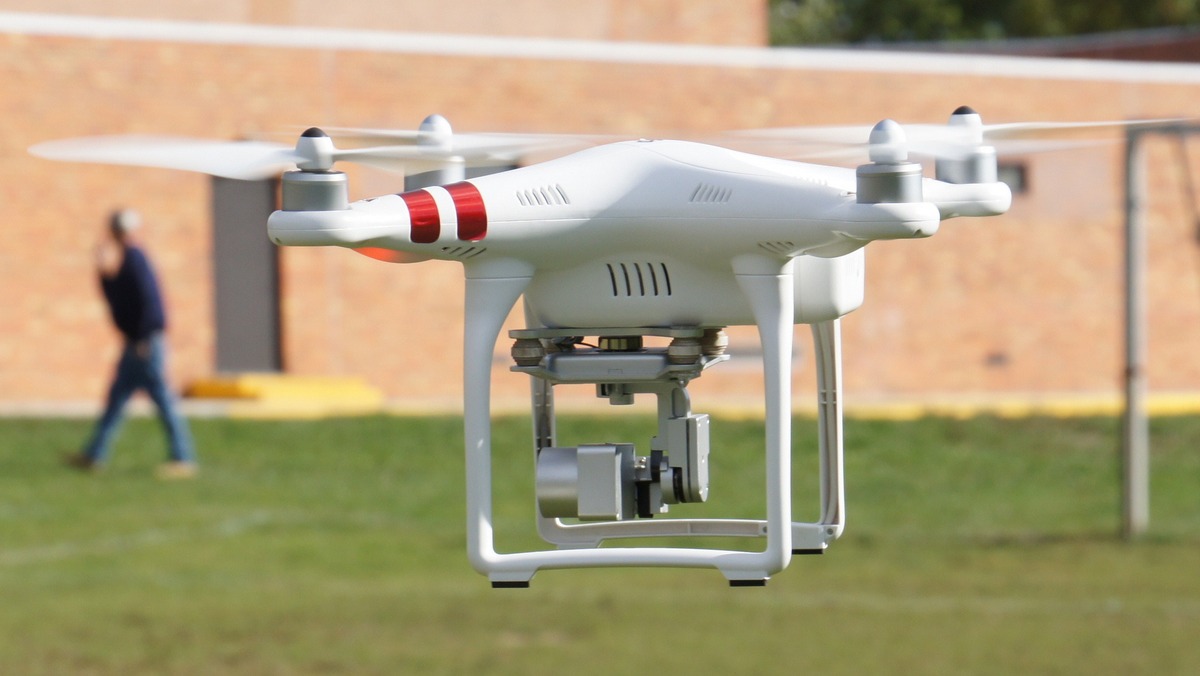 It is, frankly, difficult to find anywhere where I can safely, and without fear of prosecution, fly this or any prosumer-level drone. I tried taking it to a local aerodrome where locals were flying yard-long RC airplanes and was told my kind, drone flyers, were not welcome there.

In any case, I took it to a local ball field, set it on the ground and used the app to get started. The app fills the screen with the camera view and then overlays a ton of controls and drone status details on top of it. Off to the left are some of the most important controls. There’s lift-off, land Return Home (wherever the drone started – it’s equipped with GPS so it always knows where it is) a button to set a Home point and a map. Along the top edge are an array of connectivity indicators, including Wi-Fi- RC and GPS. Below it is details on the camera settings. It’s pre-set at auto, but you can go in and manually change the camera setting. On the right side of the screen is record, camera or video and video playback. The bottom edge of the screen displays the drone’s altitude and speed (horizontal and vertical).

To take off, I tapped the takeoff button and then slid a secondary control to the right (landing is the same, tap and then slide). The four rotors spun up and the drone quickly lifted off the ground and, like most good drones of its class, hovered a few meters off the ground until I took control.

The all-plastic remote control features one antenna and offers about 350 feet of connectivity with the Phantom 3 Standard. Parrot Bebop Drone has about 800 feet of connectivity and with the optional Sky Controller (the combined package costs about $700), you can go up to 2 miles – if you can find a place where flying a drone beyond line-of-sight isn’t illegal. The Phantom 3 Standard drone, by the way, can actually fly to an altitude of 19,000 feet, but is auto-limited to roughly 350 feet before it will fly back home.

I used the RC’s responsive controls to send the drone straight up roughly 325 feet. The vertical control also served as the yaw control. The right hand joystick let me accelerate in any horizontal direction at up to 35 mph. On paper, these specs roughly match what you’ll get with Parrot’s Bebop, but I have to say that the Phantom 3 Standard is even more responsive. I was especially impressed with how I could zoom forward at 35 mph and then toggle back to have the drone almost stop on a dime. Plus, maneuverability was about as precise as I could wish for.

A view from below the DJI Phantom 3 Standard, which includes bright, flashing lights for safety.

On my phone down below, the video looked great. The downlink can manage up to 720 P at 30 FPS if the connectivity is strong enough, speaking of which, if I went beyond RC connectivity (the app tells me when it’s happening), the Phantom 3 Standard drone takes over and will return to home and land. It will also do the same if the battery gets below a certain level (10%). In the former case, if connectivity is reestablished, you can take over and start flying again. 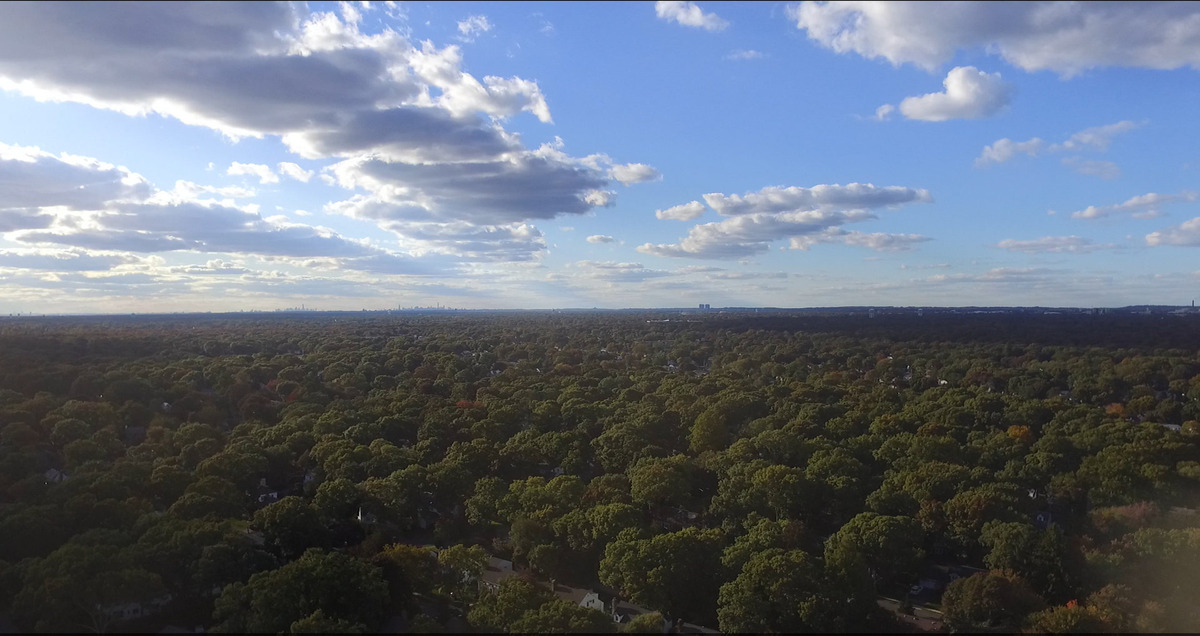 During flight, I only lost sight of the drone a couple of times — when it was so high it became a spec against the clouds. In that case, I would look at the app view to see where it was on the map and what the camera was pointed at.

The drone stores recorded video on the camera’s included 8GB micro SD card. When I offloaded and watched the video later, I was astounded by the quality — it’s 2.7K 30 FPS and looks good even when shooting into direct sunlight.

And I got a lot of video. After an hour of charging, I enjoyed over 20 minutes of flight.

I had a great time flying the DJI Phantom 3 Standard. It’s bigger and heavier than the Parrot Bebop, but the remote control is a lot lighter and the drone is more stable in flight and easier to control. Sure, I can’t fly it indoors like I can the Bebop, but outside, it’s the kind of drone that spoils you for all others. 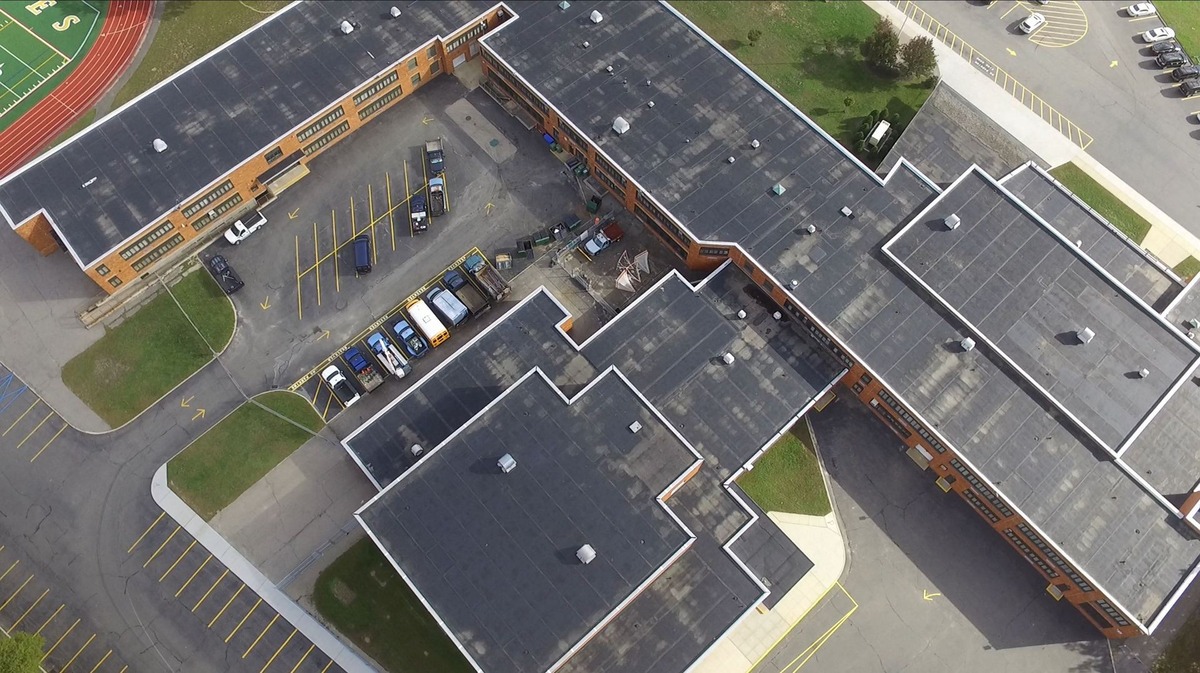 DJI Phantom 3 Standard drone’s camera can be pointed in any direction, including straight down.

Of course, we are probably days, if not hours, away from far stricter amateur drone rules that could make it far more difficult for regular people like me to fly their drones anywhere without registration and, for every flight, flight plans.

For all I know, we may have just experienced the golden age of amateur drones. Too bad, the DJI Phantom 3 reminded me just how awesome piloting a high-flying drone can be.

A reasonably-priced consumer drone that has all the earmarks and performance of a pro-unit.