Scientists can now manipulate objects suspended in mid-air, opening up a new world of technological possibilities.

Scientists are able to move or suspend objects in mid-air

It has long been possible in the world of Star Wars or Star Trek, but not in real life… until now. 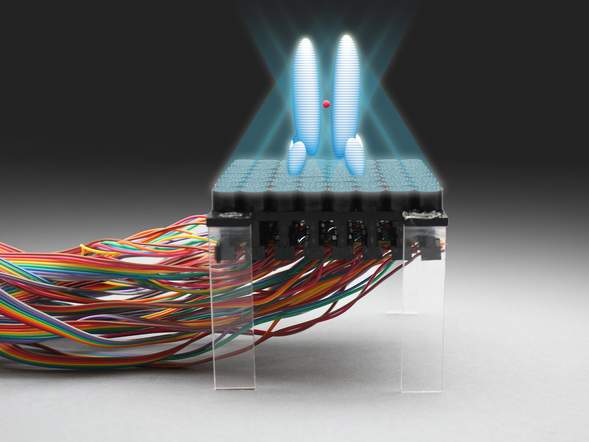 By using high-intensity sound waves from a panel of miniature loudspeakers, they are able to move or suspend tiny objects in mid-air.

Researchers from the Universities of Bristol and Sussex, in collaboration with Ultrahaptics, believe the technology could open up a new world of possibilities, including in health care and delicate electronics manufacturing.

“We all know that sound waves can have a physical effect,” said Bruce Drinkwater, Professor of Ultrasonics at the University of Bristol.

“But here we have managed to control the sound to a degree never previously achieved.”

PhD student Asier Marzo said: “It was an incredible experience the first time we saw the object held in place by the tractor beam. All my hard work has paid off, it’s brilliant.”

Previous scientific work in the area has relied on an object being surrounded by loud speakers, a factor that limits the extent of movement.

This time, the panel of speakers is flat.

By using the high-intensity sound waves, scientists have been able to create a 3D “hologram” that allows them to manipulate objects in mid air.

Another way of describing the technology is an invisible “force field”, something that has previously only been available in the world of science fiction.