NASA Are Developing Humanoid Robots For Missions To Mars 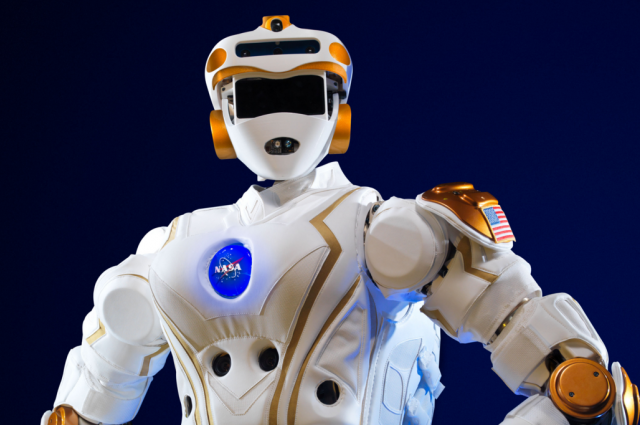 Along with stealing your day job, it looks like robots might be stealing your dream job, too.Two universities are developing NASA humanoid robots to work with astronauts in space, including future missions to Mars.

After a “competitive selection process,” NASA awarded Massachusetts Institute of Technology and Northeastern University each an R5 “Valkyrie” robot, along with as much as $250,000 (£163,600) a year and help from NASA’s technical support team.

Obviously, there are many challenges to surmount when it comes to robotics in space – ranging from the physical capabilities of the robots to their software and “intelligence.” NASA hopes these university groups will provide the research and software development required to send these robots Mars-bound. After two years, the universities will show NASA their progress.

If all goes as planned, the R5 Valkyries won’t actually be the first humanoid robots in space. “Robonaut” and “Robonaut 2” have both been on the International Space Station since 2011. However, it’s quite likely that adaptations of the R5 protoype could be the first robots on Mars.

The long-term plan is to make robots an integral part of NASA’s space missions, possibly even traveling alongside astronauts to Mars. In the future, they believe robots could be used to perform preliminary mission tasks before humans arrive or to assist humans with their missions.

“Advances in robotics, including human-robotic collaboration, are critical to developing the capabilities required for our journey to Mars,” said Steve Jurczyk, associate administrator for the Space Technology Mission Directorate (STMD), in a NASA statement. “We are excited to engage these university research groups to help NASA with this next big step in robotics technology development.”