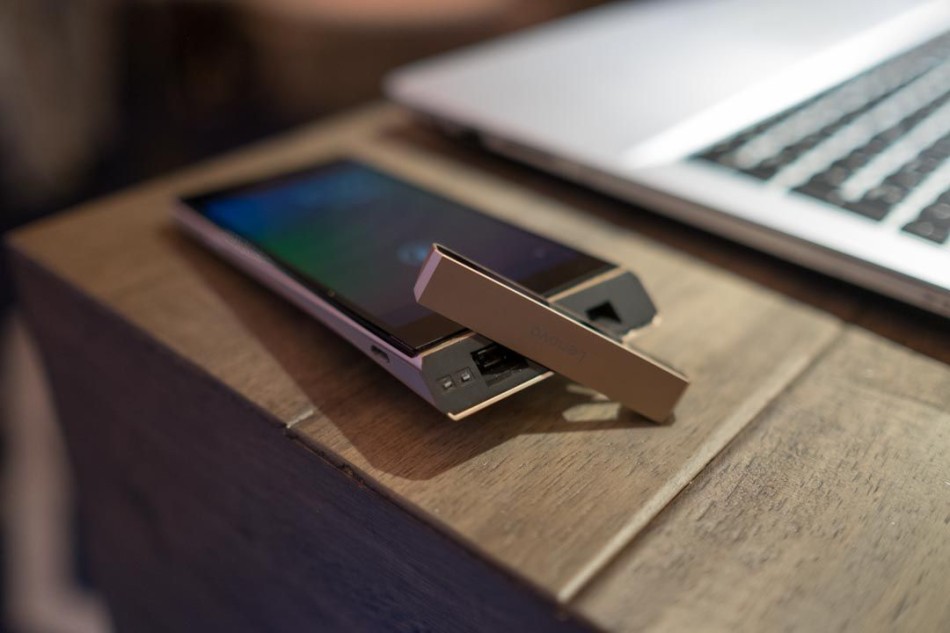 OUR EARLY VERDICT: There is still so much we don’t know about the Lenovo Smart Cast Smartphone. But what we do know is that Lenovo has found a genius way to reinvent how we interact with phone content.

OUR EARLY VERDICT
There is still so much we don’t know about the Lenovo Smart Cast Smartphone. But what we do know is that Lenovo has found a genius way to reinvent how we interact with phone content.

Hate how small your smartphone screen is? Have you sworn off giant phablets? Lenovo may be in the process of inventing the perfect technology for you.

The Lenovo Smart Cast Smartphone enables you to project images and video onto tabletops and walls. This means you may someday be able to turn any screen on your smartphone into a 10-inch-wide projection.

But the Smart Cast isn’t just for passive viewing. The hardware projector sits atop (or beneath) your smartphone and can sense movements via infrared light. This gesture control functionality means you can turn any flat surface into an interactive touchscreen. 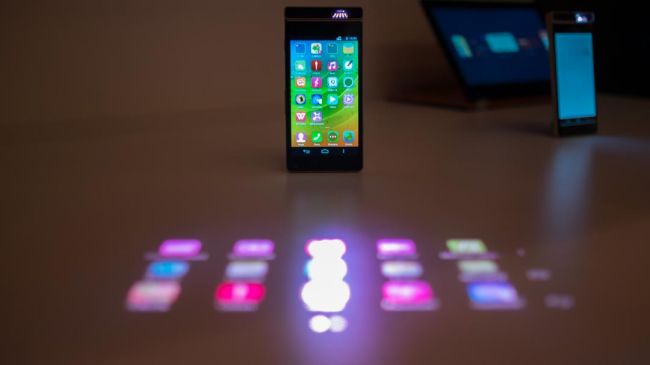 The Smart Cast portion of the smartphone is a one-inch tall camera and projector that sits above the smartphone’s screen. It directs a bright projection onto the tabletop eight inches in front of the phone, or about 15 inches onto a wall behind the phone.

The phone features a hardware button that initiates the Smart Cast. Once triggered, the button automatically pulls up a folder containing every app that can interact with the Smart Cast. Lenovo has developed approximately 10 apps that work with the Smart Cast, including productivity tools like Email, Messaging, Calculator, Video Player, Browser, as well as games like Fruit Ninja and Sniper.

The Smart Cast rotates about 270-degrees so that you can switch from table view, which projects an image between your body and the smartphone, and wall view, which projects an image from the back of the phone to the wall in front of you. When you rotate the Smart Cast, the phone will detect the twisting action and automatically switch from table to wall view.

Although white surfaces in dark environments are your best bet for creating bright and vibrant images, the Smart Cast was able to project a healthy image in brighter environments and on dark surfaces. However, you’re definitely going to want to play motion-sensitive games in dark rooms so that you don’t cause the screen to flicker and flutter, as was the case with a few of the applications I saw demonstrated outside of Lenovo’s intended viewing area.

Among the many use cases for the Smart Cast Smartphone is a virtual keyboard that lets you turn your smartphone into a productivity tool. This means you may no longer have to type onto the tiny software keyboard that displays on your phone. I was skeptical about the keyboard’s performance, but my keystrokes were immediately recognized by the smartphone and registered on the document in which I was working.

The Piano and Keyboard app projections both produced immediate sound whenever I tapped a key. The Sniper game also created instantaneous sound, but I did notice a bit of lag time between my tap motion and when a shot was fired. 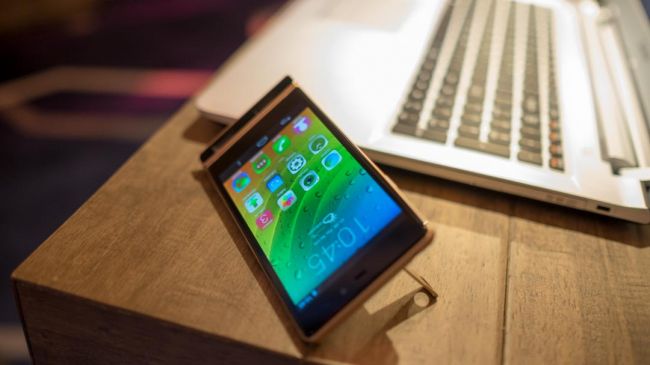 Another issue that I noticed when playing Sniper is that the projection doesn’t maintain its form when your hand shakes or moves from side to side. Sniper required me to move my hand horizontally and vertically in order to detect enemies, but whenever I moved my wrist the projection went bonkers. This might be my own fault, as the Lenovo rep who demoed the game had no issue.

Lenovo is definitely onto something here. I’m not sure consumers will appreciate the extra inch added to the top (or bottom) of their smartphone, and Lenovo hasn’t perfected the image quality, particularly as it pertains to movement and light spaces.

However, the inch is worth the functionality, and the image issues are true of all projections, from the world’s best 4K projectors to your grandfather’s slide projector. So you’re essentially trading in a few flaws and performance issues in favor of a unique tool that enhances how you experience an already dynamic device.

We still don’t know how much the Smart Cast will cost, and we don’t really know anything about the phone itself, so it’s difficult to determine whether this is something you’ll want to run out to buy. But we should all keep an eye out for it, and I’ll update my impressions when I get my hands on a completed device closer to its intended June 2016 release date.