Coin wants to replace your wallet with your wrist 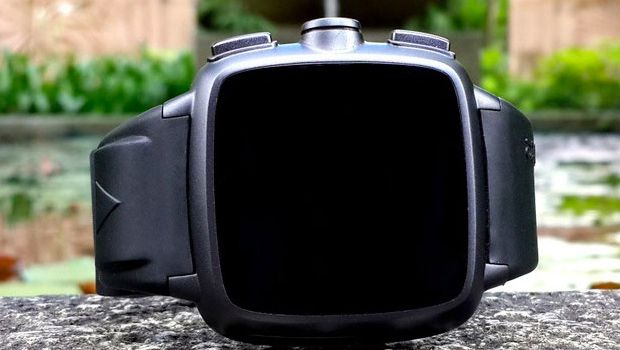 After a botched early pre-order program that created customer outrage, Coin, the digital payment company that wants to reinvent your wallet with a single credit card that can be controlled from a smartphone app, is finding a second life with the help of MasterCard.

Expanding on its original vision of having customers carry a single Coin credit card that can be reprogrammed from a paired smartphone app, Coin is heading into the wearables space to make it easier for wearers of fitness bands, smartwatches and health trackers to tap their wrist to pay.

Coin and MasterCard aren’t the first companies to do this. Last year, Jawbone announced a partnership with American Express, allowing the NFC sensor on the UP4 fitness band to be used as a payment solution. Like Jawbone, MasterCard wants its payment information on wearable devices, and it’s enlisting the help of Coin to make that happen.

The first wearable devices to support Coin’s technology to bring MasterCard payments to the wrist include devices from Omate, Atlas and Moov. These smartwatches and wrist-worn wearables will support Coin’s payment hardware and software.

Consumers will be able to add payment information from multiple MasterCard credit cards to their wearables. When it comes time to pay, they can toggle which MasterCard to use in the Coin app on their smartphone.

The idea is similar to Coin’s original reprogrammable credit card, and the company told Re/Code that it will continue to make credit cards in addition to its newfound foray into the wearables market. Coin also said that the deal with MasterCard isn’t exclusive.

In addition to Coin and Jawbone, smartphone manufacturers are also trying to reinvent the wallet with NFC-based payments. Google launched Android Pay for Android smartphones and the iPhone ships with Apple Pay. Samsung also has its own payment engine called Samsung Pay, which works with NFC and non-NFC payment terminals, making it compatible with traditional magnetic stripe technology. Like Samsung, rival LG is also working on mobile payments.

Like its competitors in the mobile payment space, Coin won’t embed the actual credit card number on the wearables. Instead, a token is stored on the device. Once a purchase is made, that token gets sent to MasterCard where it is matched with the credit card account, and an authorization is sent back to the merchant.

Coin didn’t give any details about how its move into wearables will generate revenues, and it’s unclear at this point if Coin will get a cut of every transaction.

Payment information embedded into wearables could end up benefiting retailers and small business owners. Customers on the move may not always carry their wallets or cash with them, and mobile payments could open the doors to small impulse purchases.