As sensors shrink in size, ‘wearable’ gadgets may fall out of sight 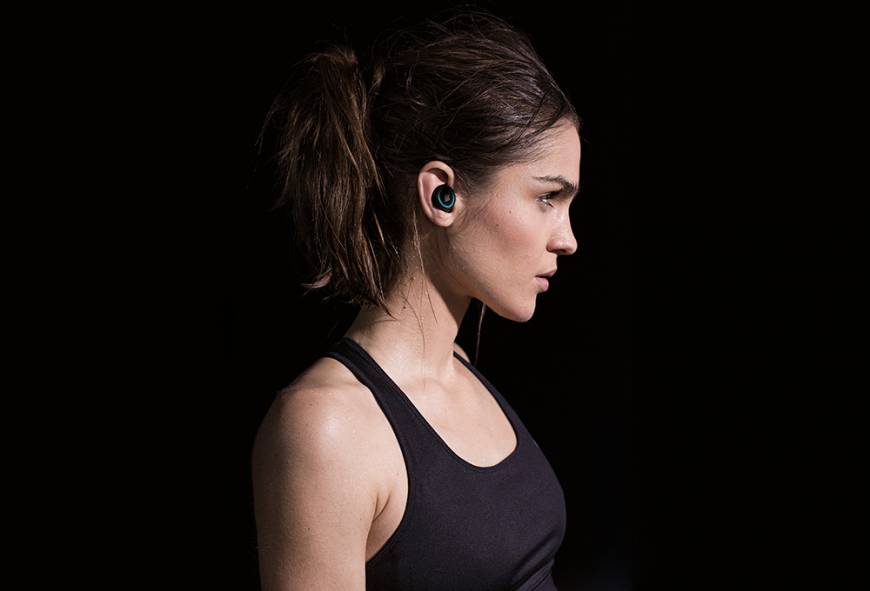 Forget “wearables.” The next big thing in mobile devices is “disappearables.”

Even as the new Apple Watch piques consumer interest in wrist-worn devices, the pace of innovation and the tumbling cost, and size, of components will make wearables smaller — so small, some in the industry say, that no one will see them.

Within five years, wearables like the Watch could be overtaken by “hearables” — devices with tiny chips and sensors that can fit inside your ear. They, in turn, could be superseded by disappearables — technology tucked inside your clothing, or even inside your body.

“In five years, when we look back, everything we see (now) will absolutely be classified as toys, as the first very basic steps of getting this right,” said Nikolaj Hviid, the man behind smart earbuds called the Dash. 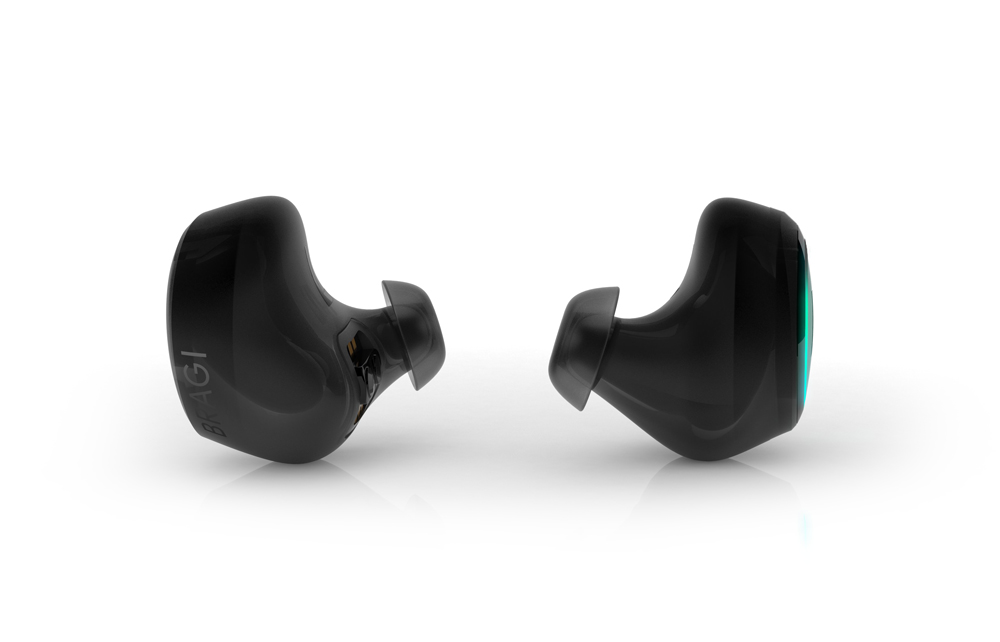 Developed by Munich-based Bragi GmbH, the Dash is a wireless in-ear headphone that looks like a discreet hearing aid. Packed inside is a music player, 4 gigabytes of storage, a microphone to take phone calls — just nod your head to accept — and sensors that monitor your position, heart rate and body temperature.

Nick Hunn, a consultant who lays claim to the term “hearables,” reckons the Dash is just the start. He predicts smartwatches will dominate wearable sales for the next three years, hearables will then overtake and, by 2020, will account for more than half of a $30 billion wearable device market.

This rapid shift is being driven, he says, by a new generation of chipsets using Bluetooth wireless communication and using far less power than their predecessors. Designers now realize “the ear has potential beyond listening to music — it’s an ideal site for measuring a variety of vital signs,” Hunn wrote in a recent report.

A parallel revolution in sensors is making this possible.

Kow Ping, whose Hong Kong company Well Being Digital Ltd. provides algorithms and reference designs on wearable sensing to companies like Philips, Motorola, Haier and Parrot, says chipmakers have invested heavily in reducing the power consumption and size of sensors.

When they can harvest energy from the body’s heat or motion they’ll be even smaller, autonomous and ubiquitous.

Andrew Sheehy of Generator Research calculates that, for example, the heat in a human eyeball could power a 5-milliwatt transmitter — more than enough, he says, to power a connection from a smart contact lens to a smartphone or other controlling device.

And Ping’s company is working with a top Asian university to add sensors to a sports bra which could harvest energy from relative motion. In five years, he said, “there will be people building sensors into every existing wearable device or apparel.”

Bragi’s Hviid calls these “disappearables.” And while medical and fitness top the list of what these devices might measure, he and others are looking beyond that. A dozen sensors in your pants, he suggests, could advise on how to improve your posture or gait when trying to impress a suitor.

“It’s more like a butler . . . they do some basic stuff that you really want, but there are deeper experiences in there,” Hviid said.

Sheehy points beyond the personal, as parallel advances in machine learning and artificial intelligence “come together and lead to some remarkable use cases:” a politician’s contact lens, for example, might provide real-time feedback from a sample of voters, allowing for a speech to be tweaked on the fly.

A lot of this technology is already here.

Google is working with Novartis on a contact lens to measure glucose levels in tears. The health care group has also invested in Proteus Digital Health, a biotech startup which promises edible embedded microchips, the size of a grain of sand, which are powered by stomach juices and transmit data via Bluetooth.

“We’re looking at a major technological revolution of a similar magnitude to the mobile revolution,” said Sheehy.

Not everyone agrees that disappearables are necessarily just around the corner. Wearables still need to gain widespread acceptance — remember Google Glass — and the technology still needs to finessed.

While Bragi has raised more than $3 million from crowdfunding website Kickstarter and another $10 million from angel investors, Hviid said communication problems between the left and right earbuds have delayed launch of the Dash until September. It was originally due out late last year.

Ping’s company has been working since 2006 on wearables, and owns more than a dozen patents, but he said bringing all the technical parts together, understanding the consumer and mastering manufacturing pose a real challenge.

The Case Of The Shrinking Wearables

As technology advances our physical devices are shrinking at an alarming rate.

In a nod towards the future of technology, industry giants Apple have this month applied for a patent on a new wearable smart ring device with a built-in microphone. While not all patented products eventually make it to the shelves of the Apple store, this patent is an interesting hint into the future of our wearable technology as companies race to create devices that work in harmony with our lives rather than interrupting them.

Indeed, the Apple Watch and its various industry equivalents are a move away from our more intrusive handheld devices: wearable technology seemed ready to fulfil its disruptive destiny with the arrival of smart watches. But considering the fact that wearable technology has been a buzzphrase for quite some time now, we’re still patiently waiting for the market explosion we were promised (read: Where Are All The Wearables?).

This news from Apple (and indeed an exciting showcase of a wearable called Ring that we spotted at CES earlier this year) all points to the fact that wearables aren’t in fact disappearing, they’re just getting smaller.

As seems to be the trend with all things technology, the smaller the product, the more impressive it is. Anyone who is learned in the early days of computing will recall the vast, clunky machines of old, which now look completely ridiculous when compared to the machines we interact with today. Computing is very much a part of our everyday lives now, and these increasingly compact wearable computing devices aim to integrate our computing further with our humanity, as opposed to our current, more disruptive smart devices.

The US Government recently unveiled plans to fund next-generation wearable technology, and it’s potentially even smaller than a ring. The plans are for the FlexTech Alliance to develop FlexTech: completely flexible and potentially minute wearable technology that can be worn by human or robotic owners. This breakthrough in technology is likely to change the way we interact with the internet beyond recognition, as our computers become one with the very clothing we wear.

Indeed, we have said before that it’s our jeans which are next to get the ‘smart’ treatment, as the internet of things arrives on the scene. Project Jacquard, as Google calls it, will allow textile manufacturers to incorporate a braided conductive thread into – in this case – their denim. And it’s not just jeans that we could be updating our Facebook statuses with in future: our home furniture and various other clothing fabrics could soon become smart, bridging the distance between ourselves and our technology.

The smaller and more cohesive technologies are predicted to storm the market; research from Gartner predicts shipments of smart garments to reach 26 million by 2016, which is 2 million more than the expected sports watch shipments. Perhaps the Apple Watch is about to be knocked off its wearable pedestal; Digital Darwinism could come into play if our larger and more clunky devices continue to disrupt our everyday lives. Apple’s making a move towards smaller things; who’s next?