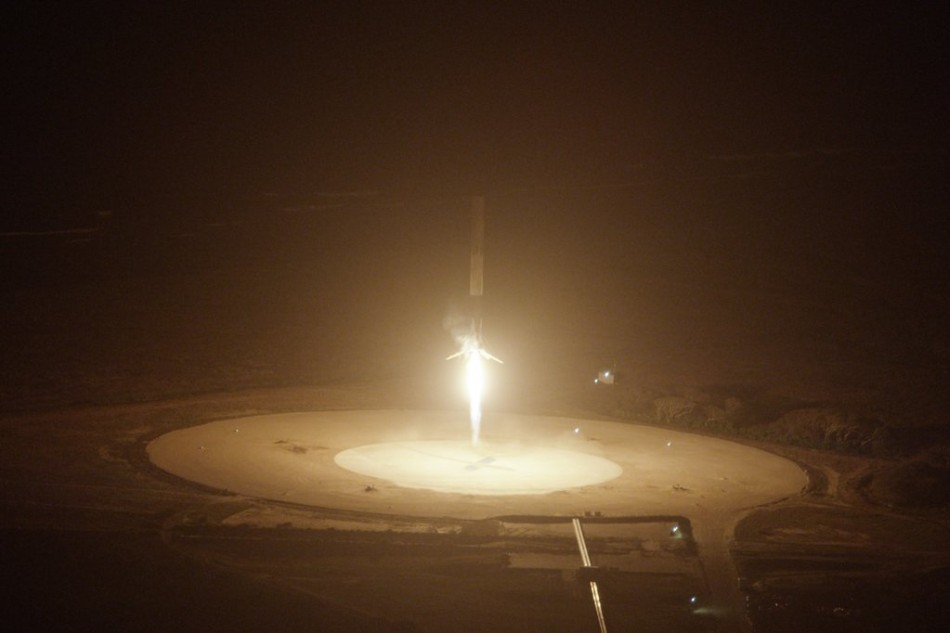 US company SpaceX has successfully landed an unmanned rocket upright, after sending 11 satellites into orbit.

The Falcon-9 craft touched down late on Monday night, about 10km from its launch pad at Cape Canaveral, Florida.

It is not the first spacecraft to land a booster vertically; that feat was claimed by the much smaller New Shepard rocket in Texas last month.

Nonetheless the Falcon-9 flight, which also went twice as high as New Shepard, is a milestone towards reusing rockets.

SpaceX aims to slash the cost of private space operations with such reusable components – but the company has not launched a rocket since one exploded in June.

On that occasion an unmanned Falcon-9 broke apart in flames minutes after lifting off from Cape Canaveral, with debris tumbling out of the sky into the Atlantic Ocean.

The rocket, which had 18 straight successes prior to the fateful flight, was in the process of sending a cargo ship to the International Space Station (ISS).

On Monday night, local time, the upgraded 23-storey-tall rocket took off from Cape Canaveral Air Force Station with the main stage returning about 10 minutes later to a landing site about 9.65km (6 miles) south of the launch pad.

Near the peak of its flight, at an altitude of some 200km (125 miles), it propelled the rocket’s second stage – laden with 11 communications satellites – into space. 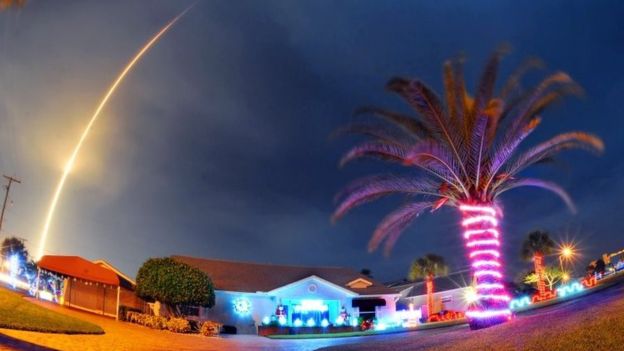 The flawless launch on Monday is a major success for privately-owned Space Exploration Technologies, or SpaceX, the California-based company set up and run by high-tech entrepreneur Elon Musk.

Mr Musk has said the ability to return its rockets to Earth so they can be reused and reflown would hugely reduce his company’s operational costs in the growing but highly competitive private space launch industry.

SpaceX employees broke out in celebration as they watched a live stream of the 47m-tall (156ft) white booster slowly descend to earth in the form of a glowing orange ball. 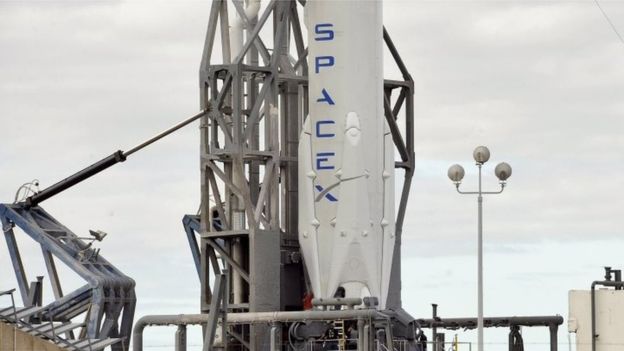 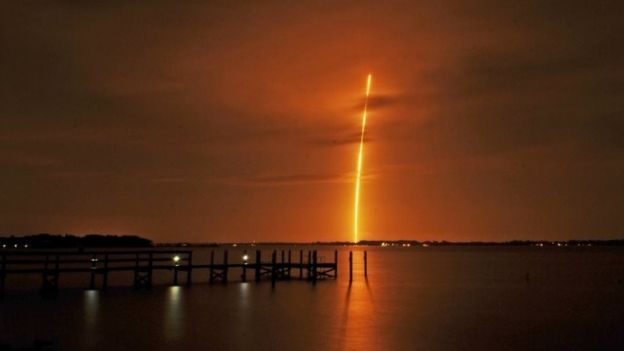 “Welcome back, baby!,” Musk said in a celebratory tweet.

SpaceX commentators described the launch and return – the first time an orbital rocket successfully achieved a controlled landing on Earth – as “incredibly exciting”.

SpaceX is aiming to revolutionise the rocket industry, which up until now has lost millions of dollars in discarde 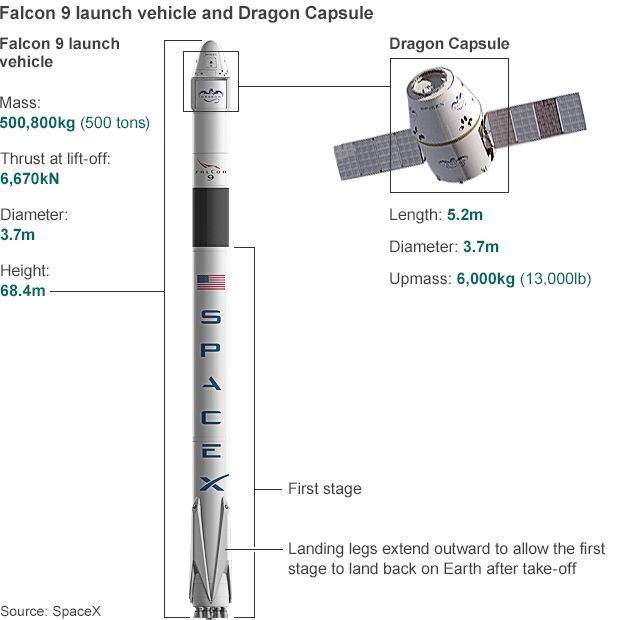 d machinery and valuable rocket parts after each launch.

Several earlier attempts to land the Falcon 9’s first stage on an ocean platform have failed.