The most powerful Lamborghini ever costs $1.9 million, but it’s already sold out 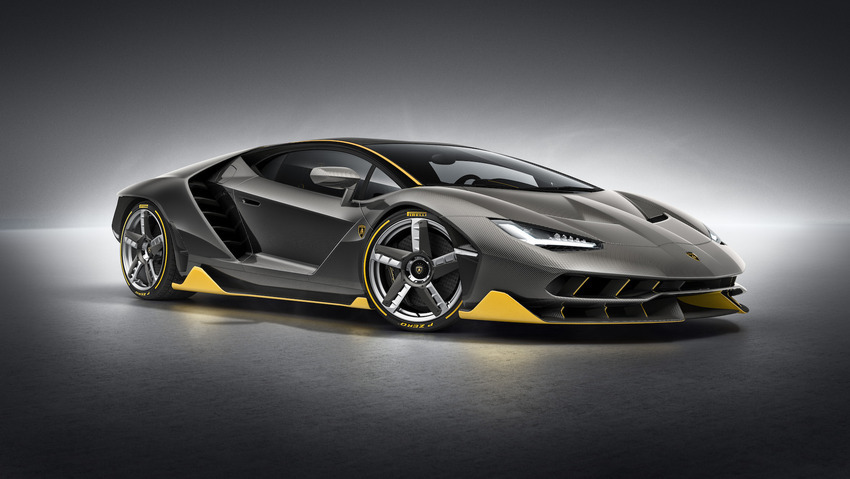 There are a lot of great ways to celebrate an anniversary, like taking a hot-air balloon ride, having a friends and family barbecue or maybe even going on a Hawaiian vacation.

Instead of those things, though, for its 100th anniversary, Lamborghini built this: the Centenario. And it costs $1.9 million.

For that money, however, you get not only the most powerful Lamborghini to date, you also get the first one ever to be offered with Apple CarPlay. Or, you would, at least, if it weren’t already sold out. 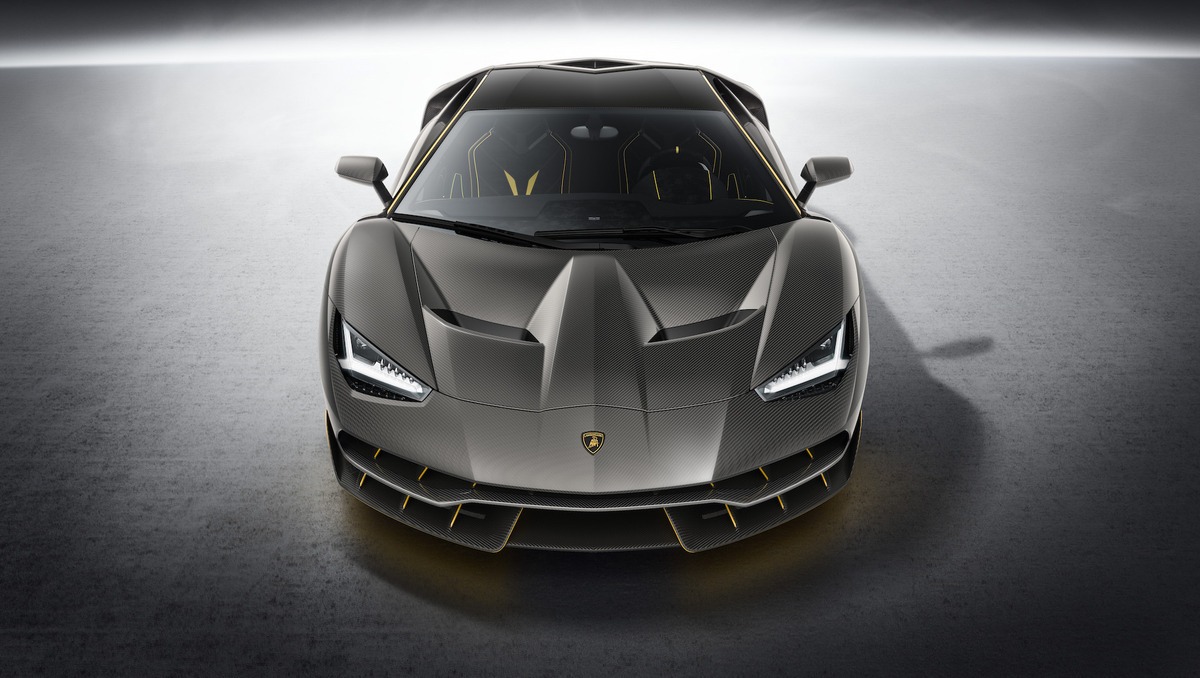 That’s right. Lamborghini will only build 40 Centenarios — 20 coupes and 20 roadsters. But before it unveiled it to the public at the Geneva Motor Show in Switzerland, it sold every single one.

That’s like telling your kids you planned a vacation to Disneyland … and that you had a really great time. Just cruel.

Never mind Lamborghini’s mind games; the Centenario is a magnificent thing. Underneath its carbon fiber body is a V12 engine that produces 770 horsepower, good for a 0 to 62 mph run in 2.8 seconds on the way to its top speed of “more than” 217 mph. 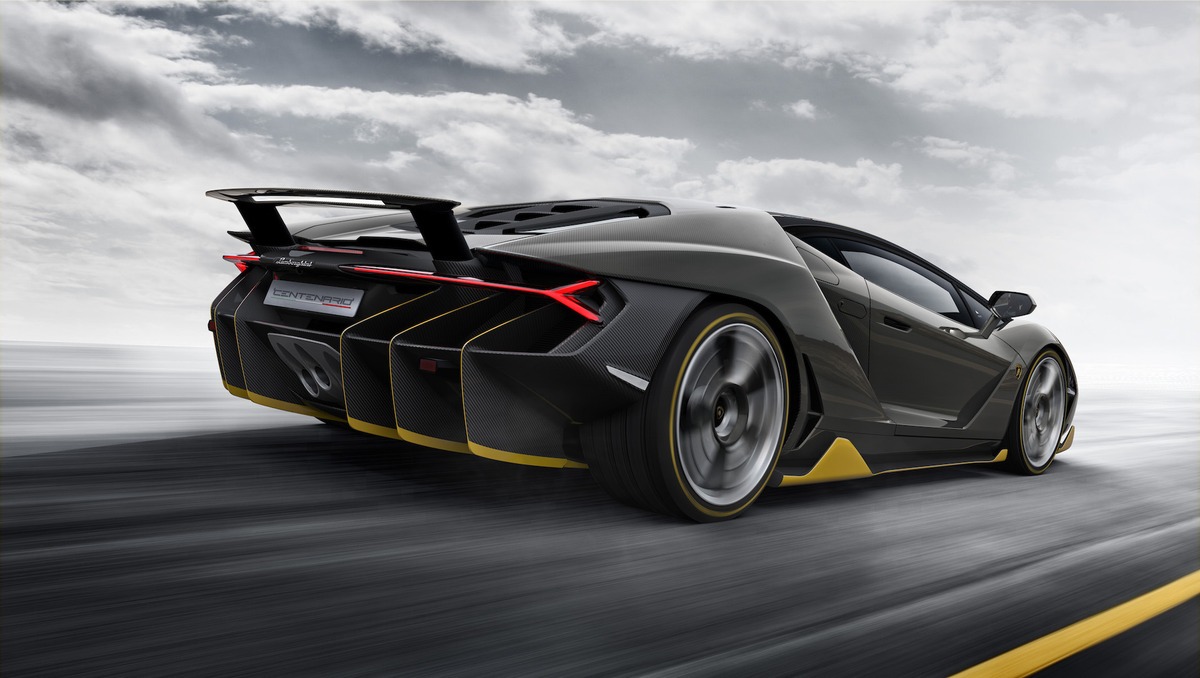 Certainly, that kind of acceleration is a bit frightening. Smartly, Lamborghini seemed to have assumed this. Accordingly, it installed two interior digital cameras that can record (and later share) the terrified faces of both you and your passenger as you try to reach the Centenario’s top speed.

More than a straight-line acceleration machine or a way to give your passengers a fear-induced aneurysm, the Centenario has been designed for quick cornering as well. That’s because it debuts Lamborghini’s new four-wheel steering system. 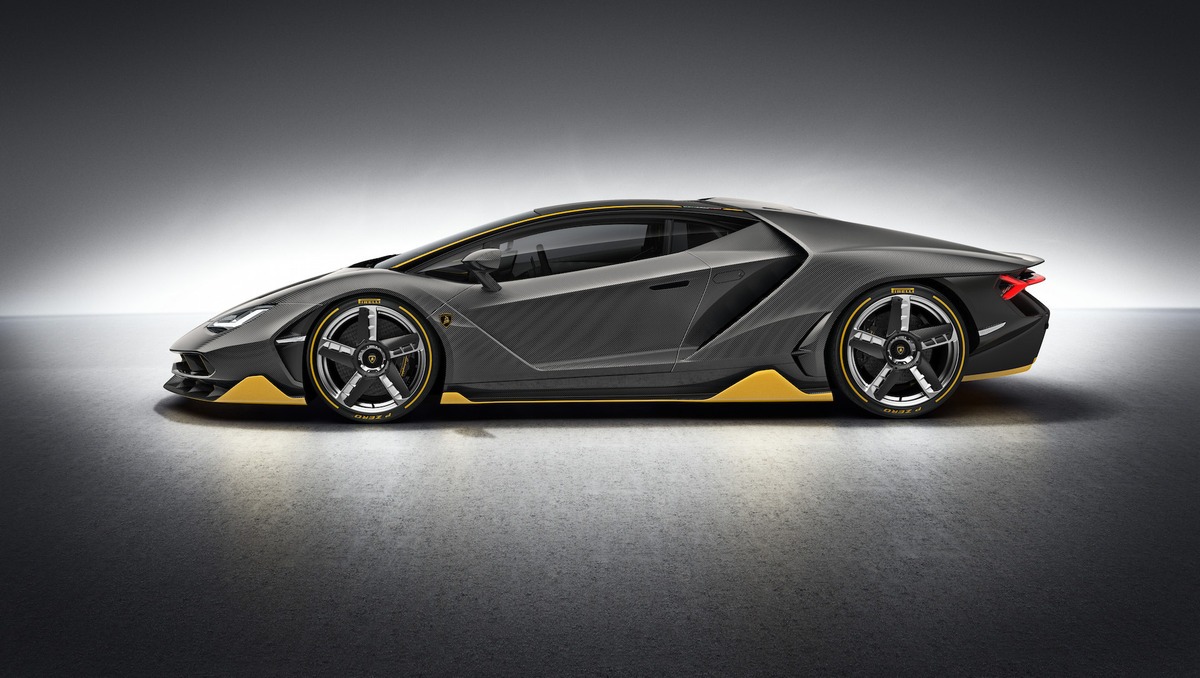 Taking tech to the next level, just as it has with performance, the Centenario has been fitted with a 10.1-inch touchscreen in the center dash, which, for the first time, offers Apple CarPlay as standard. Moreover, it also allows occupants to access the Internet for social media and email access.

Presumably, it’s with that connection you’ll be able to plaster the videos captured by interior cameras onto the web.

Looking at the thing, I just hope that it has a reverse camera, too — and not just the interior ones. I mean, if you were to back up without looking, those rear fins in the diffuser could really do a number do someone’s shins. 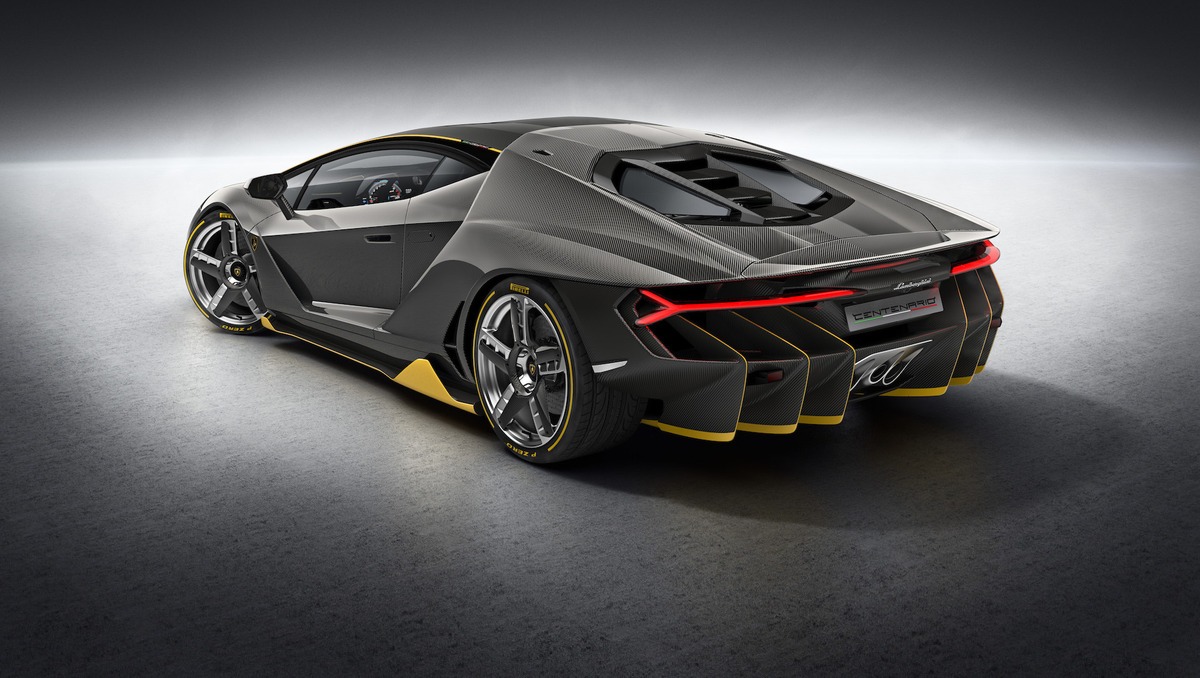