Selfies have caused more deaths this year than shark attacks 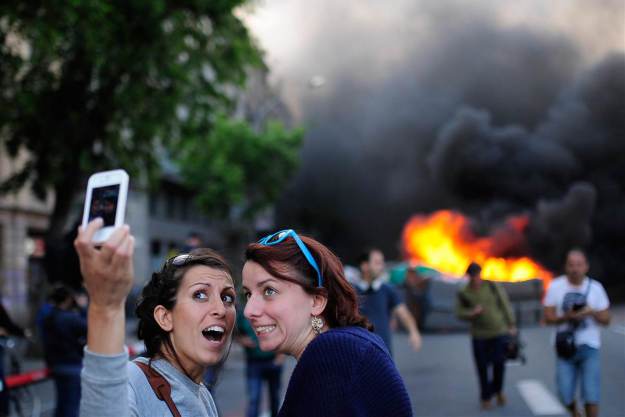 Early this week, a tourist tragically fell to his death while posing for a selfie at the Taj Mahal in India. Earlier in the month, a man accidentally killed himself while trying to take an Instagram selfie of him holding a gun. What’s more, there have also been a few reported instances of tourists in Yellowstone Park being gored while attempting to take selfies with bison.

Sadly, these types of stories are far more common that you might ordinarily assume.

In fact, you’re far more likely to die while taking a selfie than by a shark. While this admittedly sounds crazy, the statistics don’t lie. According to The Telegraph, there have already been 12 recorded selfie deaths in 2015. In contrast, there have only been 8 reported shark related deaths. While these figures could obviously benefit from a bit more substantive statistical analysis, they’re nonetheless instructive.

Highlighting the growing problem of individuals looking to take selfies at inopportune times, authorities in Russia have actually gone so far as to publish a brochure warning of the dangers involved with taking selfies in precarious situations. While some of the activities illustrated below almost seem comical in nature, the selfie-related deaths listed above underscore that these warnings are, in fact, very necessary. 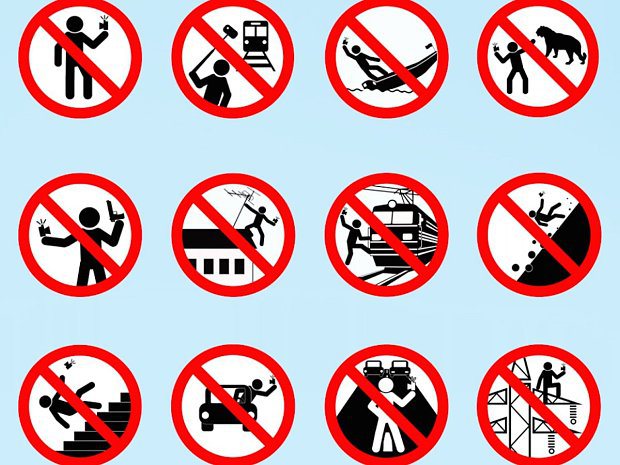 Looking forward, hopefully the people who populate our selfie crazed world will wise up and start recognizing that it’s not worth risking your life for a photo, no matter how cool you might think it’ll turn out.