A 194-gigabyte image is the largest astronomical image ever created, showing a swathe of the Milky Way galaxy across the southern sky.

There is a whole lot of space out there beyond the Kármán line, and a lot of telescopes taking photos day after day and year after year. While we do get to see the most gorgeous of these images, showing interesting nebulas and other cosmic features, a great many more go unknown and unremarked beyond the research sphere.

But that doesn’t mean they’re useless. Far from it. For example, photographs taken by the Ruhr University Bochum’s observatory in Chile’s Atacama Desert have been the subject of intense scrutiny for the past five years under the leadership of Rolf Chini. The team has been scouring the Milky Way galaxy looking for objects of variable brightness that glow and dim.

They have been looking at a section of the southern sky so large that it needed to be divided into 268 sections, with each section photographed in intervals of several days. It is these 268 sections of photos that the team has stitched together into a massive mosaic of the Milky Way. At 46 billion pixels and a file size of 194 GB, it’s the largest image of space ever created.

Last year, NASA released a 20 billion-pixel image of the Milky Way, compiled from over 2 million images. At the time, Spitzer Space Science Center imaging specialist Robert Hurt said that, if printed out, it would need a billboard the size of the Rose Bowl. This image is more than twice that size.

The mosaic has been uploaded to an interactive online tool, where anyone can zoom in and scroll around. A coordinates field in the lower left of the screen also acts as a text entry box to search for objects by coordinates, name, or catalogue number. You can also use a pop-up box in the upper left to apply various filters.

You may notice that the colours seem positively subdued compared to the space photos we are used to seeing. This is because the photos have been taken with a narrowband filter that doesn’t let other colours through. This allows the team to get a more accurate reading of light variables.

So far, the Chair of Astrophysics’ team has discovered over 50,000 new variable objects. These will be included in a catalogue being compiled by Moritz Hackstein for his PhD thesis.

You can have a go of the interactive tool here. Because it’s so large, it tends to run a little on the slow side, but it’s awe-inspiring nevertheless. 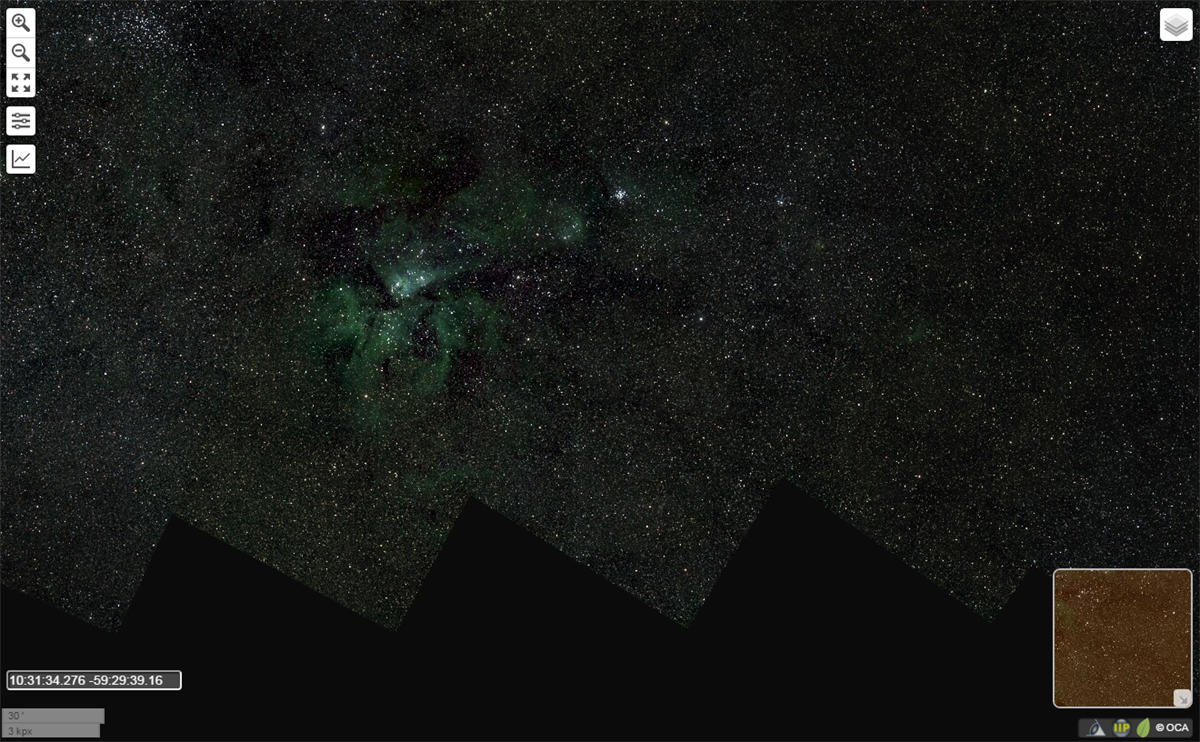