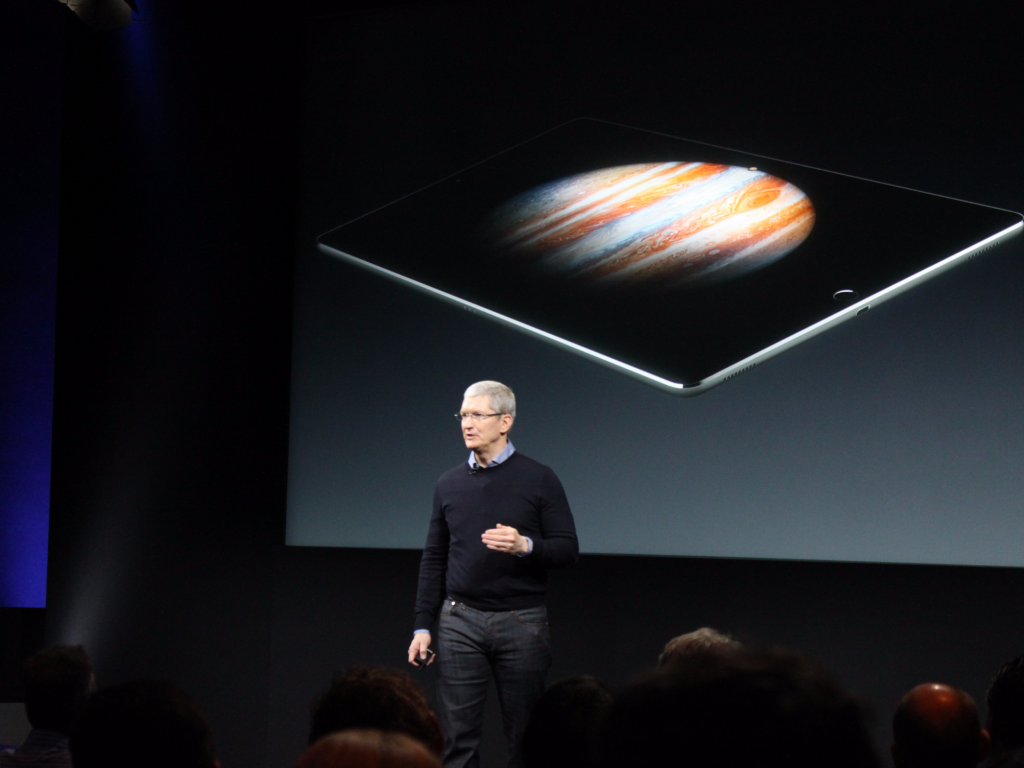 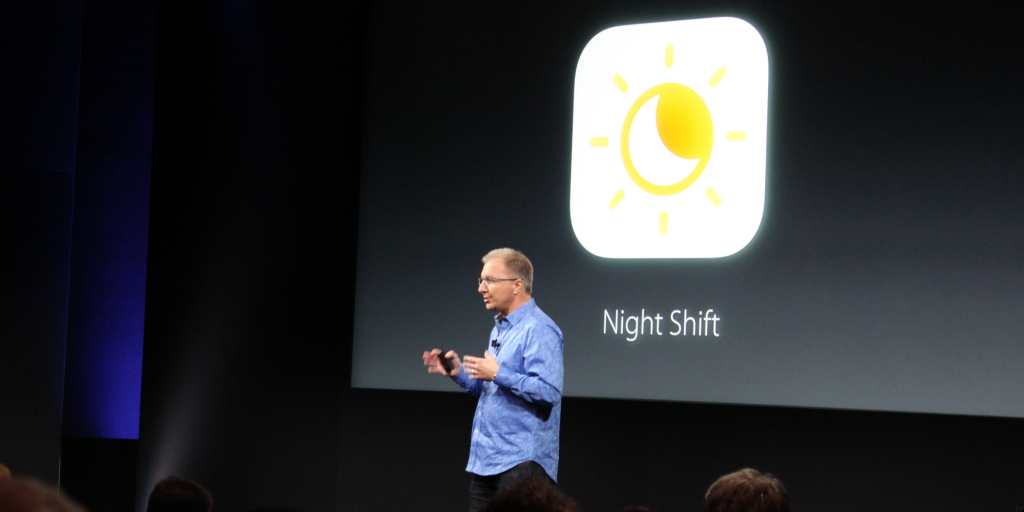 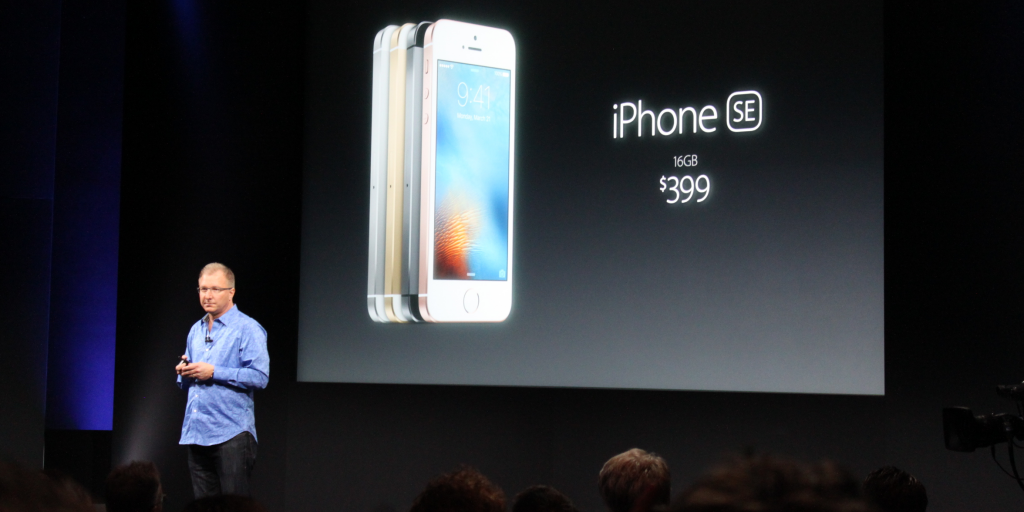 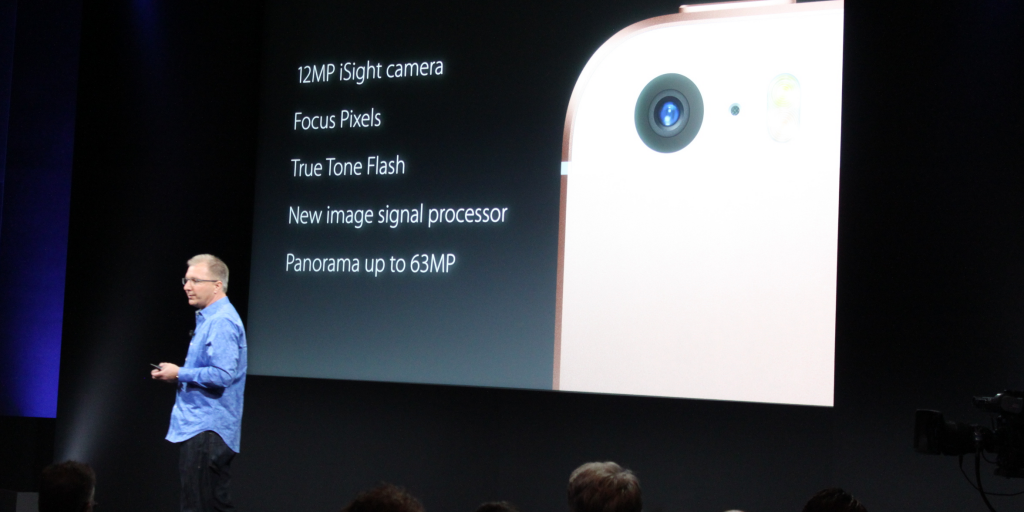 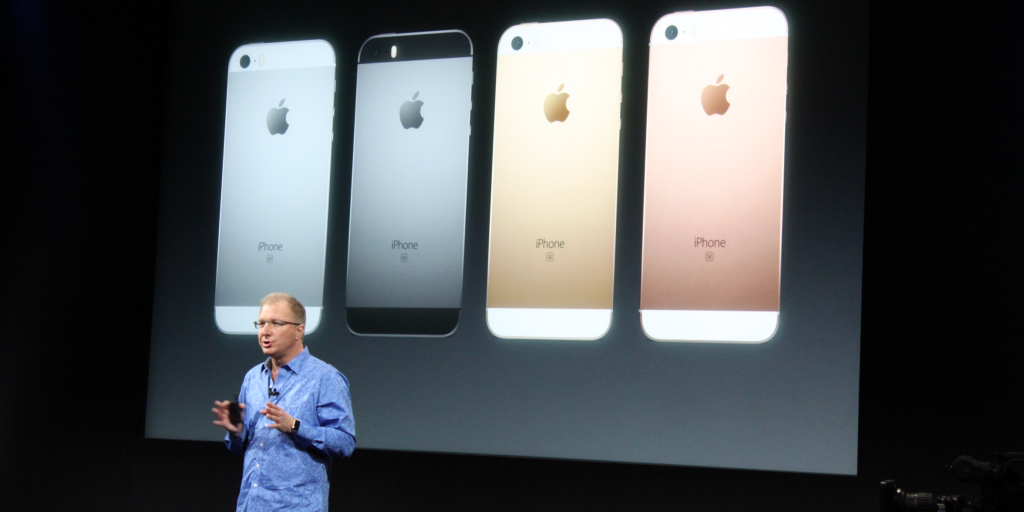 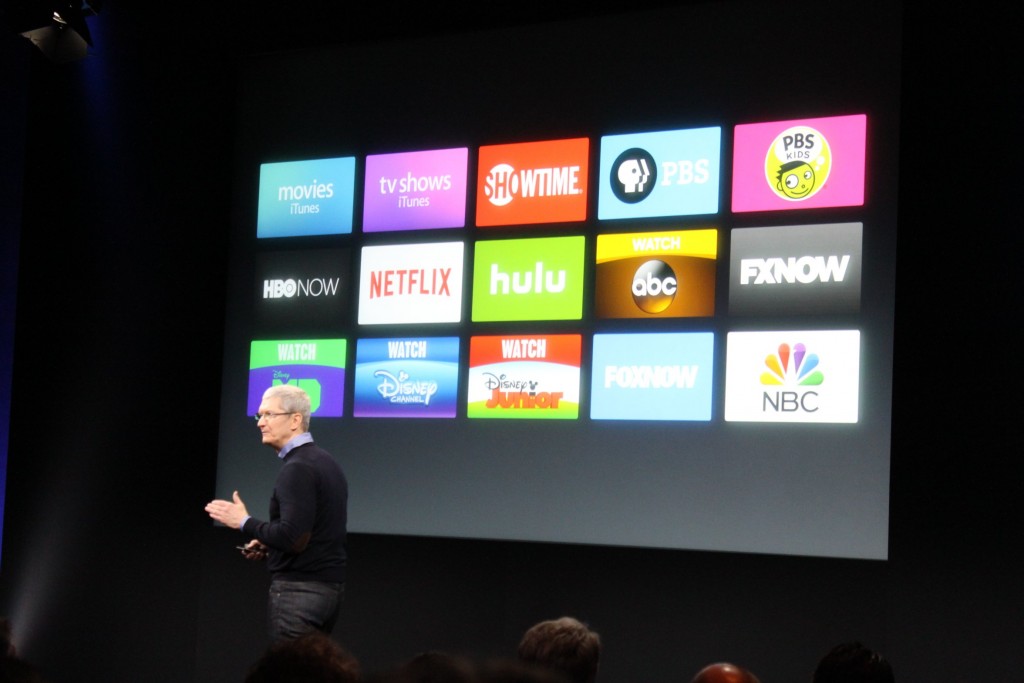 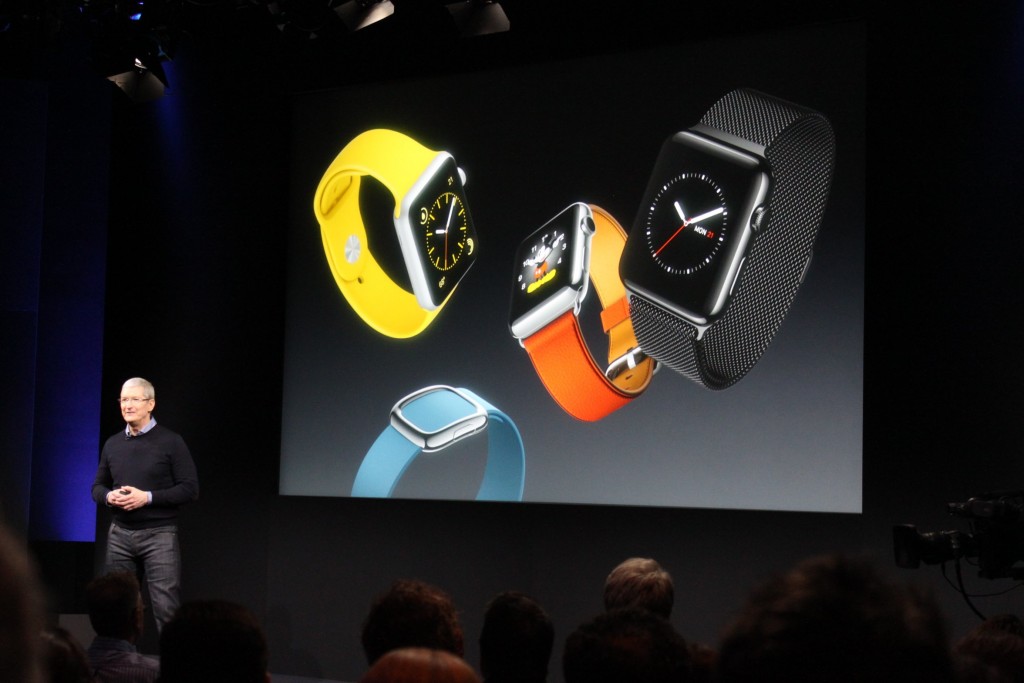 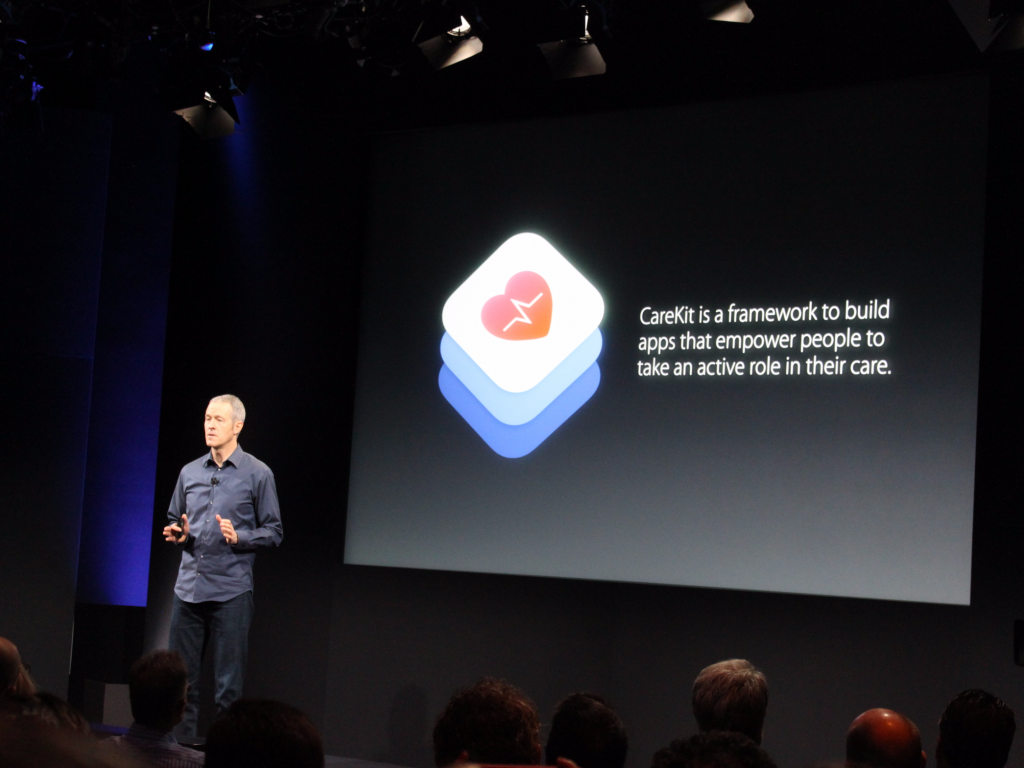 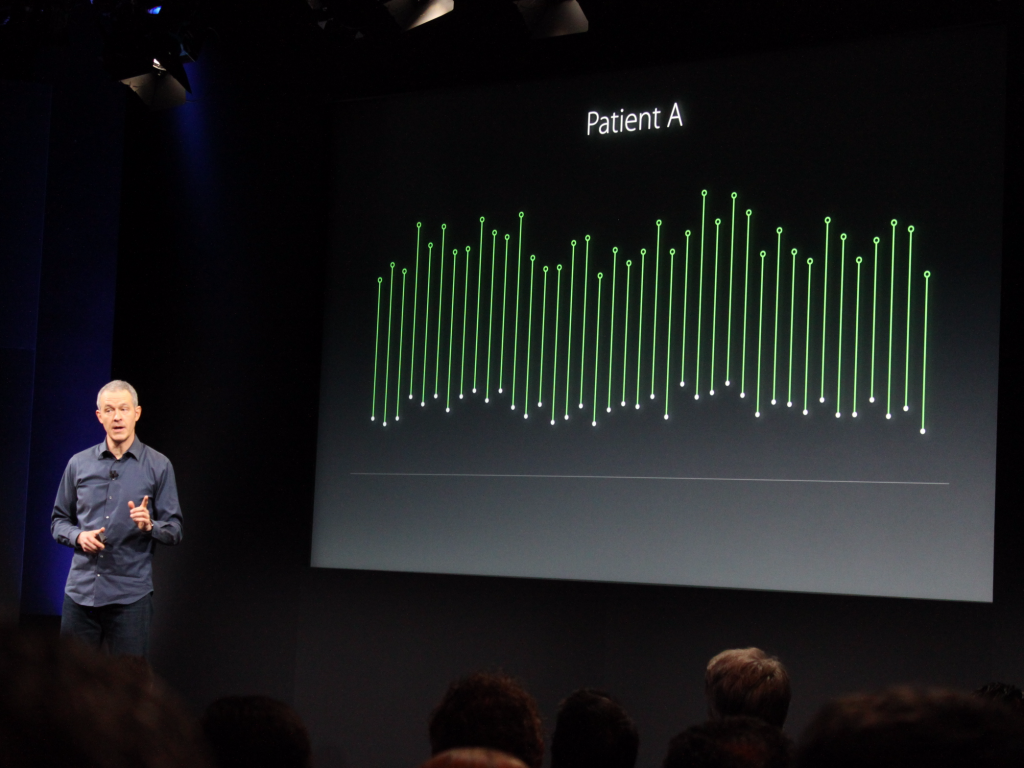 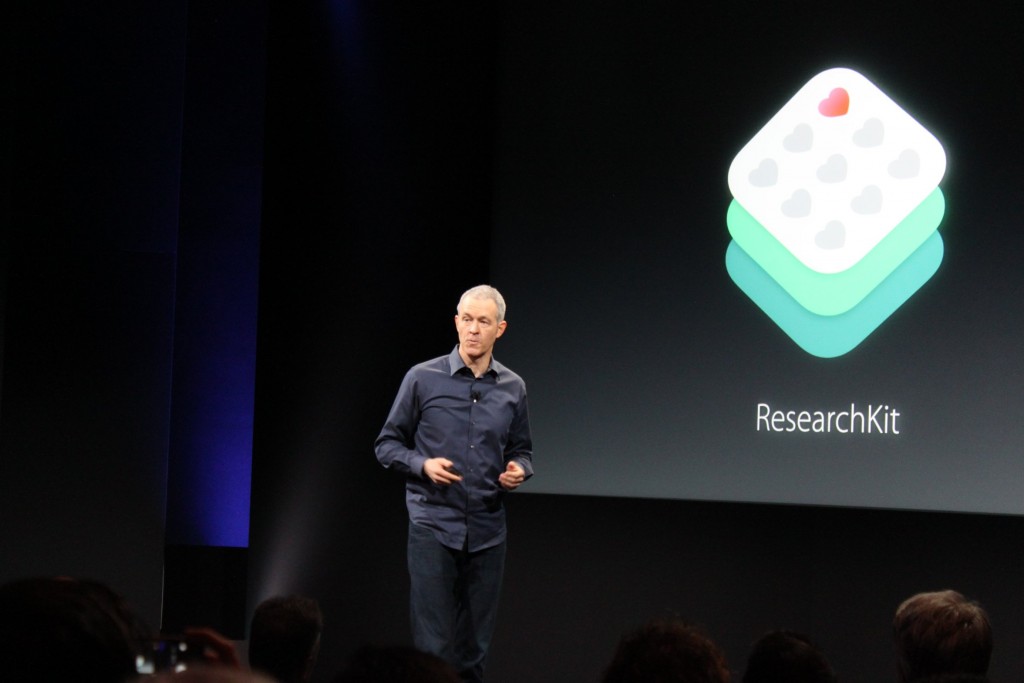 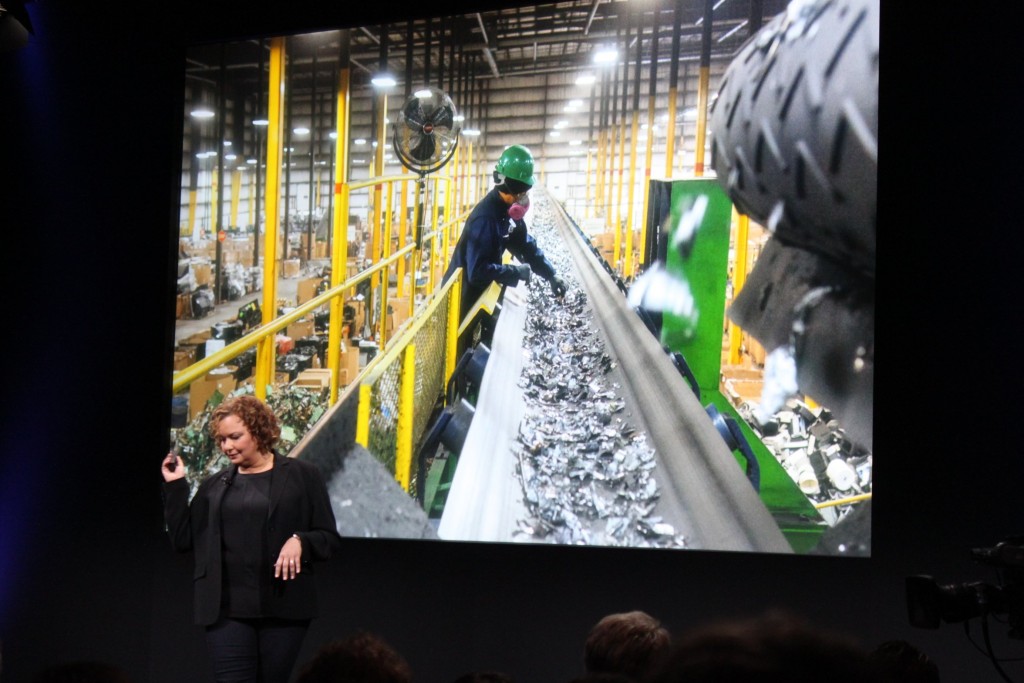 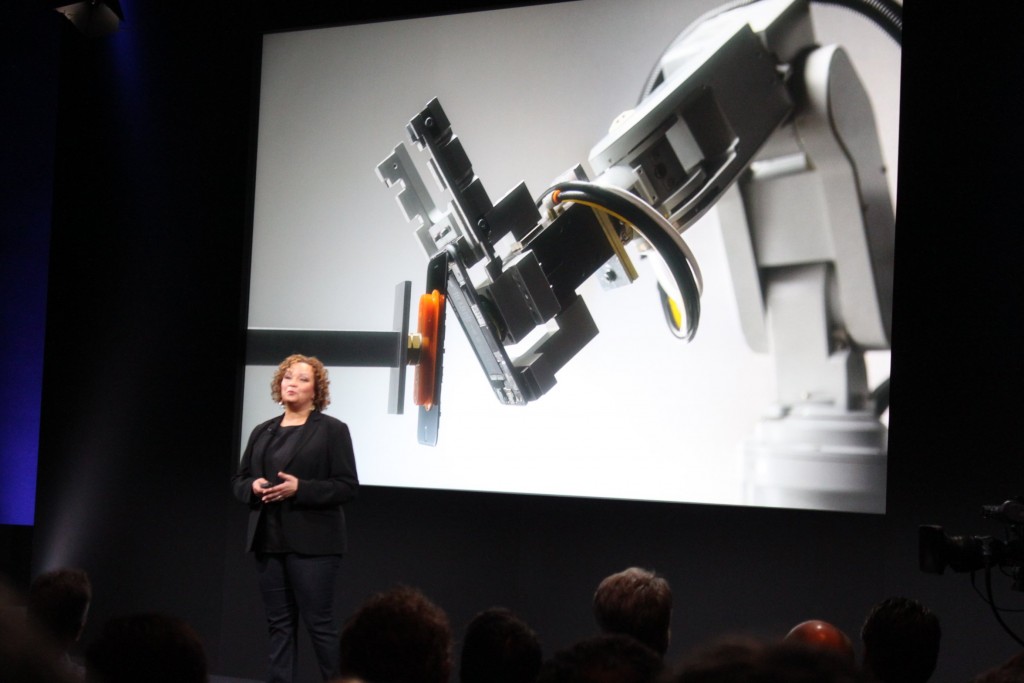 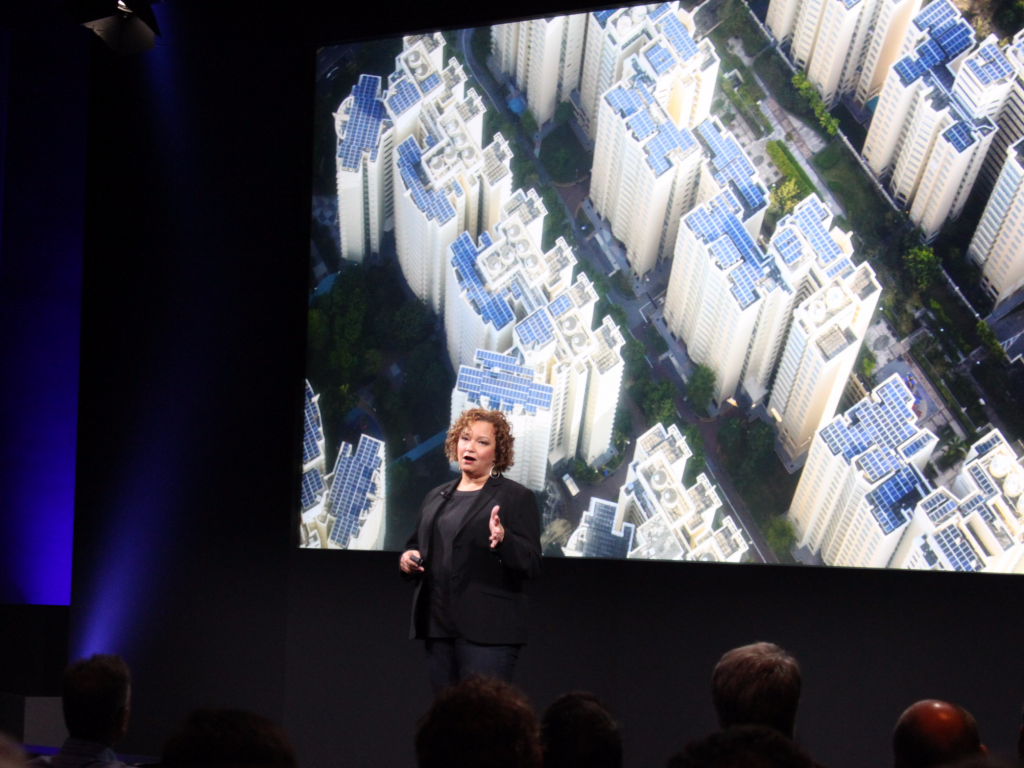 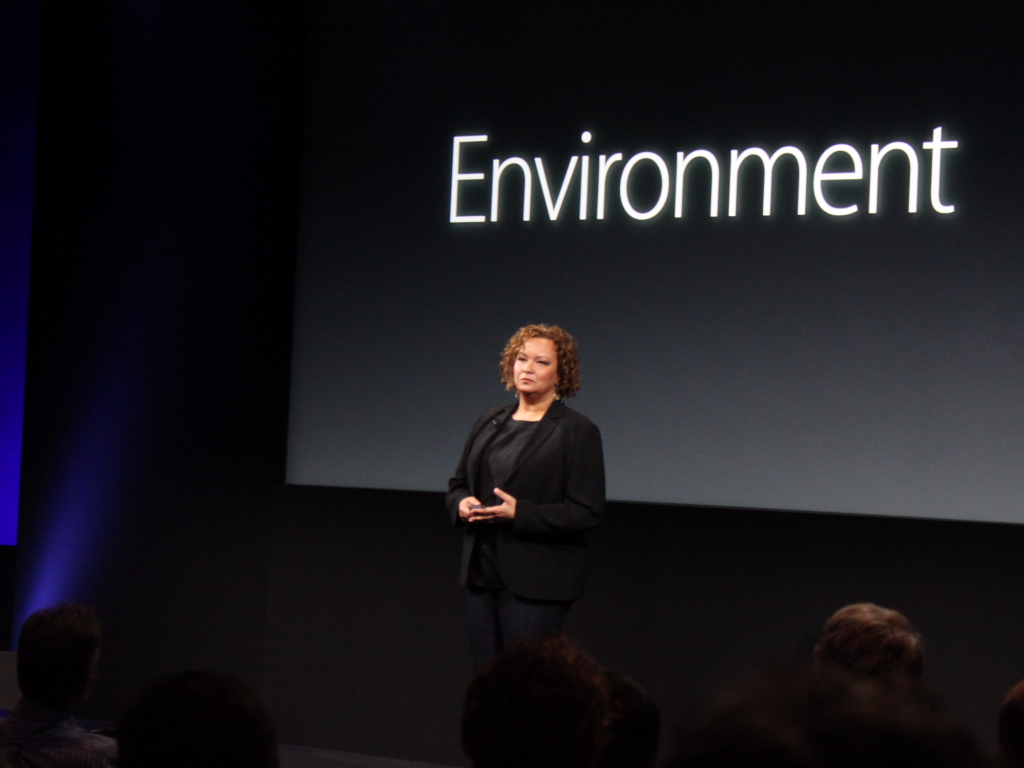 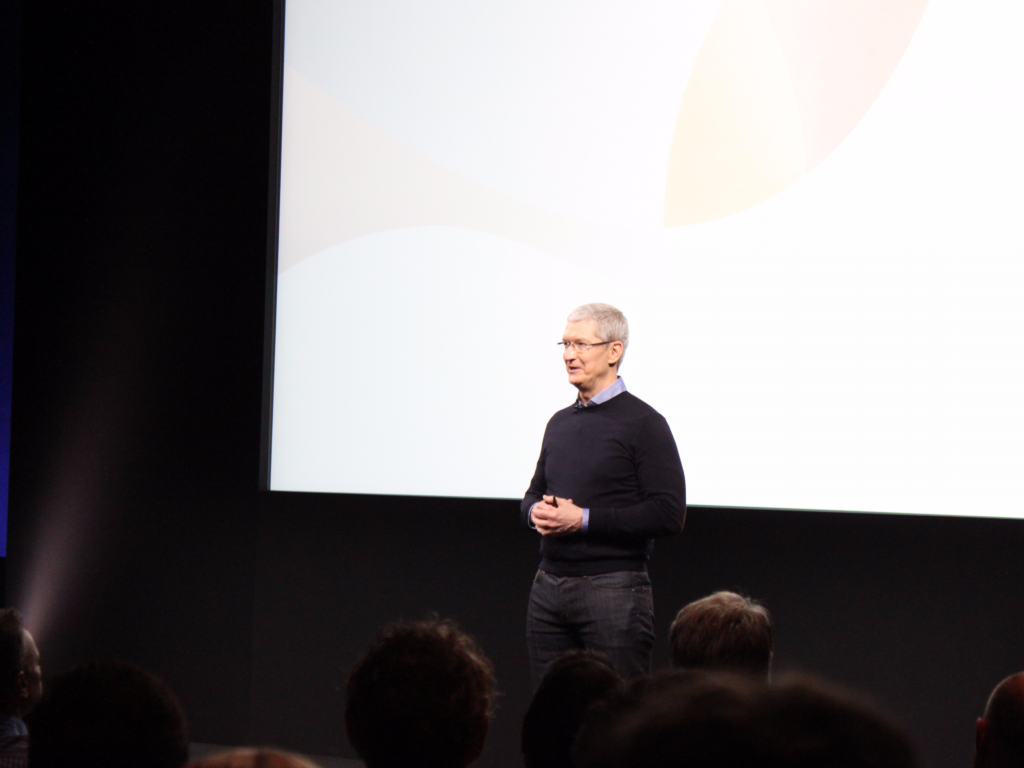 Apple introduced an iPhone with a smaller screen on Monday called the iPhone SE. The best way to think about it is as Apple’s current top-of-the-line iPhone specs in a smaller body. It costs $399 without a contract — a surprisingly low price for a new iPhone.

Apple also updated its 9.7-inch iPad, adding keyboard and stylus support, and a camera that can film in 4K resolution. But it also got a price bump up to $599. Apple also gave its newest iPad a “pro” moniker, and the older iPad Air 2 got a price cut to $399.

The newest iPhone and iPad will go up for preorder on March 24, and both devices will go on sale in stores on March 31.

While the Apple Watch didn’t get a hardware update, Apple did unveil new nylon bands and cut its starting price from $350 to $299.

Here’s how it all went down:

2:04 p.m.: We’re done. We’ll have hands-on posts with the iPhone SE and iPad Pro shortly. Thanks for tuning in!

2:04: Which announcement was your favorite? Mine was the cool new bands for the Apple Watch.

2:02: The “one more thing …” is about Apple’s new campus in Cupertino, California. He remarks that this is likely the last Apple presentation at its old auditorium. 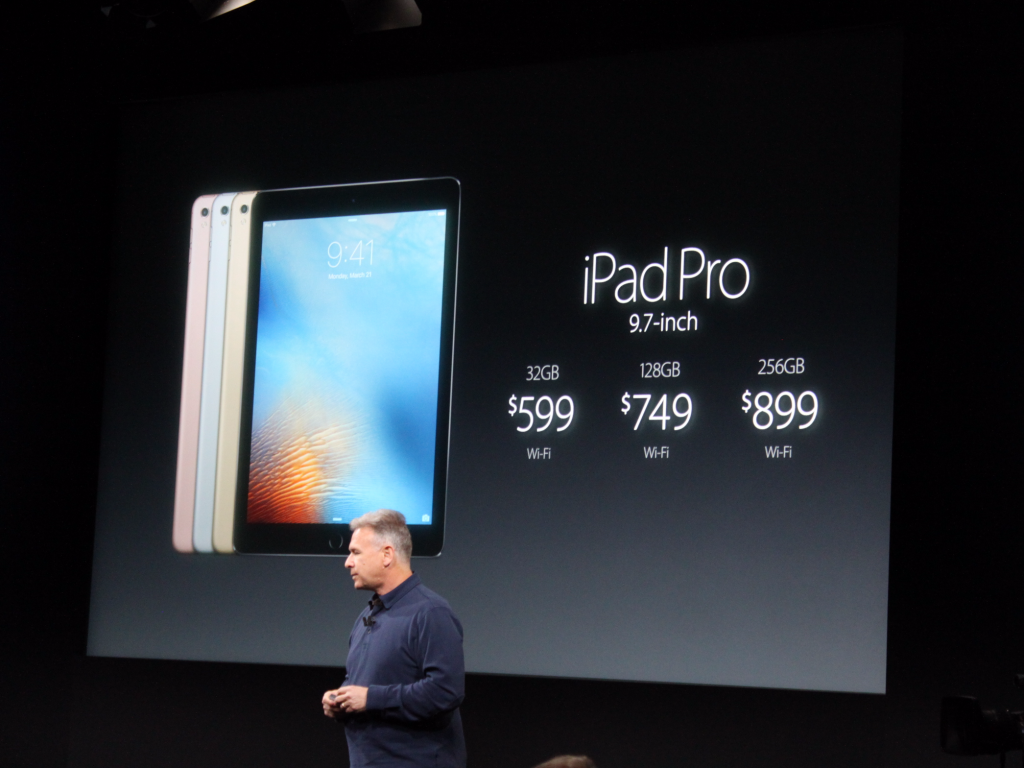 1:54: And the new iPad Pro will have a 12MP camera, which sounds like the same model that’s in the iPhone SE and iPhone 6S. This is the first time Apple has put its top-of-the-line camera in the iPad.

1:52: Schiller has to be careful saying “Hey Siri” or he’ll set off everyone’s phone in the audience.

1:51: The iPad Pro will also have four speakers and will be twice as loud as the current iPad Air 2.

1:50: True Tone Display is going to be huge for photographers and designers.

1:49: Schiller’s going on about the iPro’s screen, which he calls “the best display we’ve ever built for an iPad.” Apple calls it “True Tone Display,” which apparently adjusts the display according to the temperature of surrounding ambient light.

1:47: “The majority of people coming to an iPad Pro are coming from a Windows PC,” Schiller says. Apple’s looking to lure people who are using older PCs to the iPad. He called it the “ultimate PC replacement.”

1:37: The iPhone features a 12-megapixel (MP) iSight camera and True Tone Flash for better photos, and panorams up to 63MP.

Related  Canon's ISO 4 million camera can see in the dark

1:30: New Apple TV features, including Folders, are part of an update that’s coming out on March 21.

1:30 Now Cook’s talking about the new Apple TV that came out last fall. New features include dictation, Siri for the App Store, and Live Photos support.

1:28: Is it a good sign that Apple’s cutting the Apple Watch price?

1:27: Here’s the first product announcement of the day: woven nylon bands for the Apple Watch. And the Apple Watch got a price cut. The sport version now starts at $299.

1:25: We’ve been humbled by the response to ResearchKit, and can’t wait to see the apps developed with CareKit, says Williams.

1:22: Now Apple’s announced a new framework called CareKit, and the first app is for Parkinson’s disease.

1:20: What became clear to us later, the same tools used to advance medical research, can be used to improve care, says Williams. In some ways, ResearchKit is shaping up as Apple’s Trojan horse into the medical industry.

1:17: Another video, this time focused on ResearchKit and the doctors who use it. “ResearchKit has clearly transformed research.”

1:15: Williams says that a ResearchKit study discovered new asthma triggers in all 50 states, and another study found “subgroups” of type 2 diabetes.

1:15: Williams is talking about ResearchKit, a new framework for medical studies that use iPhones.

1:13: Lisa Jackson’s not a novice when it comes to making big speeches. She was the head of the EPA, but she’s doing a great job right now at this keynote.

1:08: “One hunderd percent of our data centers are powered by clean sources of energy,” Jackson, former administrator of the US Environmental Protection Agency (EPA), says. Also, 99% of packaging comes from recycled paper or sustainable forests.

1:05: Cook: “We will not shrink from this responsibility.”

1:04: Cook is addressing Apple’s fight with the FBI right now. He says that it’s time as a nation to decide how much power the government has over our data and our privacy. “We believe strongly that we have a responsibility to help you protect your data and privacy,” Cook said.

1:02: Cook mentions that Apple will celebrate it’s 40th birthday on April 1. Funny, I wouldn’t have said Apple looks a day over 20.

1:00: And we’re off. Apple’s starting off with a short, colorful video. CEO Tim Cook wishes you a good morning: “Welcome to our town hall, on the Infinite Loop campus.”

12:54: Here’s a picture from inside the auditorium. I can spot design chief Jony Ive and SVP of marketing Phillip Schiller, who will most likely be speaking from on stage today. I wonder if he gets nervous.

12:47 p.m.: The Apple keynote event is scheduled to get started in just over 10 minutes, and attendees have started to file into the auditorium. Here’s the tech press waiting outside: