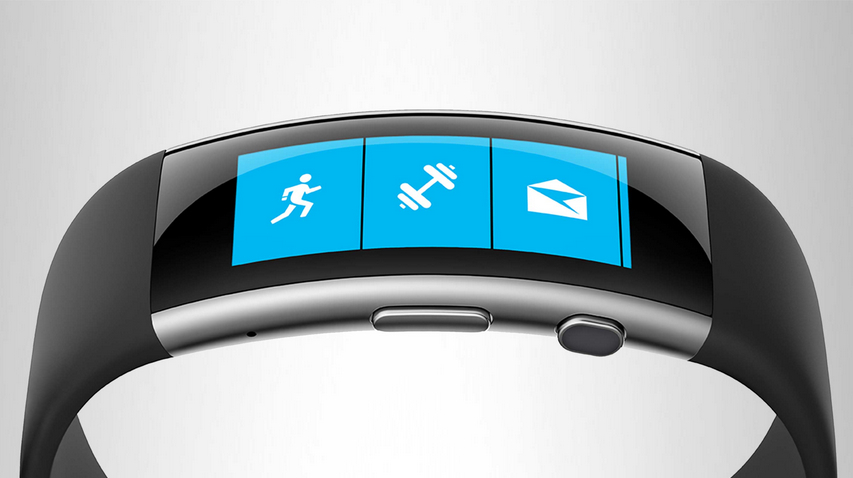 Microsoft has taken the wraps off of its latest and greatest wearable device, an updated version of the Microsoft Band. The fitness tracker/smartwatch combo looks to be even better than the hit that was the original Microsoft Band, featuring improved fitness tracking capabilities and a number of new smart wearable features.

Microsoft, however, isn’t the only company that’s been working hard in the wearable market.Samsung recently announced the Samsung Gear S2 and, but if we’re going to talk about wearables, it would be hard not to include the Apple Watch, a device with fitness features Apple doesn’t shy away from promoting (there’s even the rubbery strap for the Apple Watch Sport edition that’s suited exercise).

Of course, it’s important to mention that the Microsoft Band is positioned as a fitness tracker, while the Samsung Gear S2 and the Apple Watch are both smartwatches that have some fitness features. However, each are flagship wearables with top-notch hardware and software, which evens the playing field. If you’re having trouble deciding which device best suits your needs, read on as we compare the most important features of each against the others. 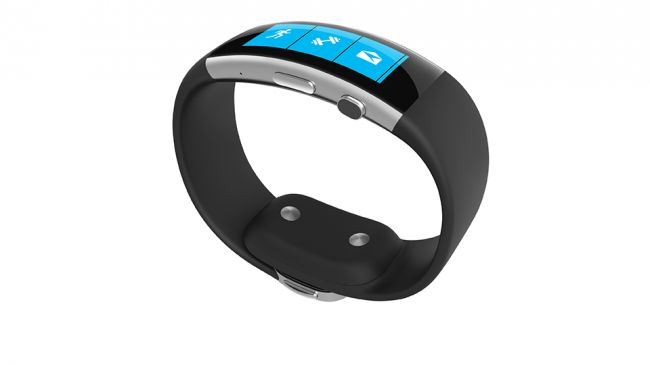 The new Microsoft Band has an improved design with a curved display. Generally speaking, the Band offers a simple, sporty design, including a flat black strap that hooks together with a subtle clip.

The Samsung Gear S2, by comparison, looks like a real watch. It has a round face and offers a sporty design with the band itself made of plastic, a design element that helps it flow well into the main body of the device. Some would argue the Gear S2 is one of the best designed smartwatches on the market. It’s also fairly thin, coming in at 11.4mm (0.45 inches) thick.

The Apple Watch really is one of those devices that looks better in person than it does in pictures. It offers a square display, which seems to be out of fashion for wearable devices of late, however the multitude of color and band options is certainly a plus. The Apple Watch is a little thinner than the Gear S2: it measure 10.5mm (0.41 inches) thick. 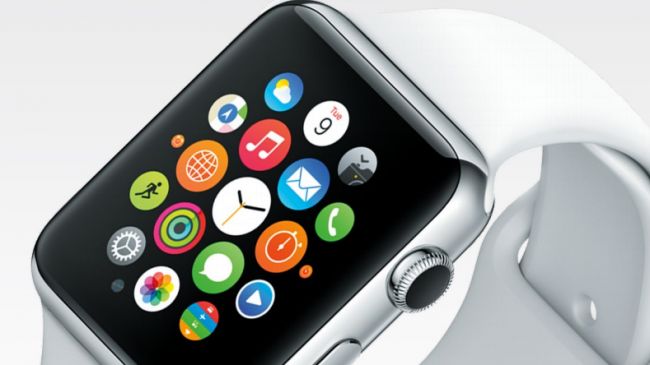 The new Microsoft Band display is 32mm x 12.8mm (1.26 x 0.5 inches), a rectangular display indeed but one that seems to work great considering the device is a fitness tracker. The display’s resolution is 320 x 128 pixels.

By comparison, the Samsung Gear S2 offers a display that’s 1.2-inches across, has a resolution of 360 x 360 pixels and a pixel density of 302 pixels-per-inch.

When all’s said and done, the Samsung Gear S2 has the densest and therefore crispest display.

Microsoft hasn’t listed the processor, storage capacity or RAM on the Microsoft Band, so it’s impossible to judge it on those front.

Exynos processor, and the Apple Watch features an Apple S1 chip. It’s a little hard to compare the two at this point because of the fact that Apple doesn’t generally offer much information about its processors. As far as storage goes, the Samsung Gear S2 has 4GB, while the Apple Watch packs 8GB. Both devices offer 512MB of RAM.

The Samsung Gear S2, meanwhile, offers a 1GHz Exynos processor, and the Apple Watch features an Apple S1 chip. It’s a little hard to compare the two at this point because of the fact that Apple doesn’t generally offer much information about its processors. As far as storage goes, the Samsung Gear S2 has 4GB, while the Apple Watch packs 8GB. Both devices offer 512MB of RAM. 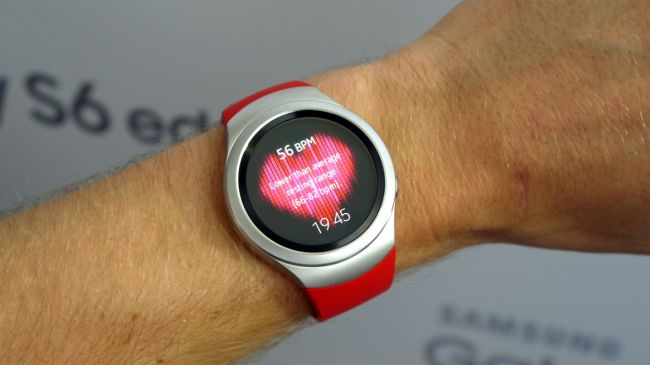 This one is a no brainer. The Microsoft Band was built as a fitness tracking device, offering GPS connectivity, a heart rate monitor, calorie tracker and sleep tracker. These features are complemented by things like an accelerometer to measure altitude and a gyrometer. Not only that, it can also track VO2 Max, which is basically how much oxygen passes through the body in the span of one minute.

Microsoft also offers a pretty great dashboard, called Health, for health tracking metrics, which will help users watch and monitor of all the data the Band is collecting and storing.

That doesn’t mean the the Samsung Gear S2 and the Apple Watch don’t have fitness tracking features, though. The Gear S2 also offers an accelerometer, gyroscope and heart rate monitor. Not only that, the Samsung S Health applications is a big part of how the Gear S2 performs fitness tracking tasks. It works in much the same way as Microsoft Health to keep tabs on users’ activity and fitness goals.

The Apple Watch is similar to the Samsung Gear S2 as to what it offers when it comes to fitness tracking, including a heart rate monitor. Both the Gear S2 and the Apple Watch are good options for anyone who want a watch with some fitness tracking as part of the overall package. However, the Microsoft Band is the device for people looking specifically for a wearable that’s first and foremost a fitness tracker.

The battery size of the Microsoft Band isn’t official, however Microsoft claims the Band lasts 48 hours, putting it square in the middle of the pack compared to other two devices’ batteries.

Related  Get ready for Li-Fi, a technology 100 times faster than Wi-Fi

The Samsung Gear S2 has a battery size of 250 mAh, with the company claiming that the device will last two to three days.

The Apple Watch has a battery size of 205 mAh, however the device seems to be more battery-intense and only really lasts almost a full day (18 hours by Apple’s measurement) on a single charge. 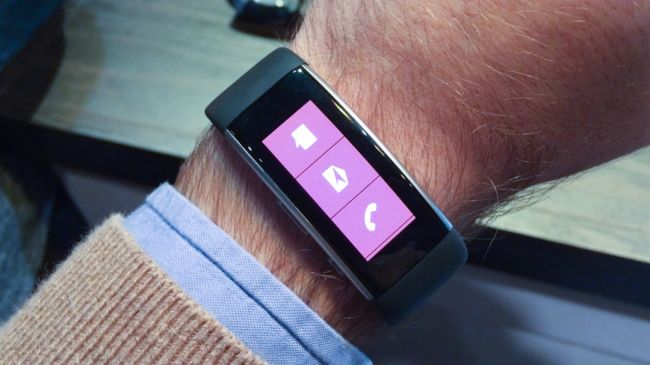 All of this comparison doesn’t really matter if you don’t have a smartphone that one of these a devices works with. The Apple Watch only works with the iPhone, and isn’t really meant to be a standalone device. The Android Wear-running Gear S2, by comparison, is compatible with most Android smartphones, and is available as a 3G option, which would make it a full standalone device.

Last but not least, is the Microsoft Band, which is compatible with Android phones, iOS phones, and, of course, Windows phones. As a device that works with any phone, regardless of OS, the Band has the other two beat in terms compatibility.