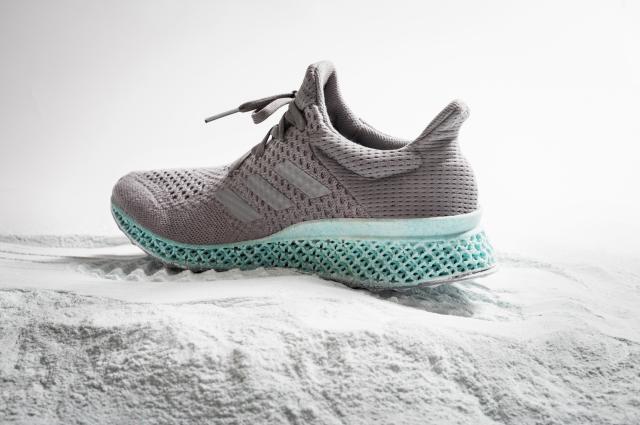 Saving marine animals, one shoe at a time.

Adidas has partnered with Parley for the Oceans, and has creatively repurposed ocean waste to make running shoes.

“Together with the network of Parley for the Oceans we have started taking action and creating new sustainable materials and innovations for athletes,” said Adidas executive board member Eric Liedtke to dezeen magazine.

The upper part of the shoe is created from plastic filtered out of the ocean, whereas the sole is 3D-printed with recycled fishing nets. Earlier this year, Adidas made its first pair of runners with tops of this type. The fishing net soles are new, however, and are made with the brand’s Futurecraft technology, which means that they are tailored exactly to the wearer’s feet.

“This way there is no reason why materials with similar characteristics to those that we use every day with conventional production processes cannot be simply replaced by ocean plastic materials,” Bristish designer Alexander Taylor told dezeen.

The design’s launch coincided with the COP21 climate change conference in Paris on December 7 and 8. In April, Adidas also announced that they would no longer be distributing plastic bags in their stores.

“2015 is our year, the year of the oceans,” said Parley for the Oceans founder Cyrill Gutsch. “Protecting life underwater became the 14th development goal of the United Nations.” Other UN sustainable development goals include ensuring availability and sustainable management of water and sanitation for all, and ensuring sustainable consumption and production patterns, both of which are also touched upon by this project.

In 2006, there were 46,000 pieces of floating plastic for every square mile of ocean, according to the United Nations Educational, Scientific and Cultural Organization (UNESCO). This debris causes the death of over one million seabirds and one hundred thousand marine animals every year.