Samsung goes budget-friendly with the Galaxy On5 and Galaxy On7 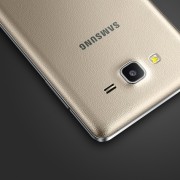 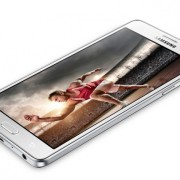 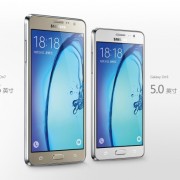 As evident with the Galaxy S6 and Galaxy Note 5, Samsung isn’t afraid to use high-end materials for its smartphones. At the same time, the company also has its other foot in budget territory, made evident by its recent unveiling of the Galaxy On5 and Galaxy On7, first spotted by SamMobile.

Battery size is the last of the differences between the two phones, with the Galaxy On5 packing a 2,600mAh cell. The bigger Galaxy On7 includes a larger 3,000mAh battery, and both batteries should afford the handsets all-day battery life.

Elsewhere, the Galaxy On5 and Galaxy On7 are identical, with both handsets powered by Samsung’s 1.2GHz quad-core Cortex A7 Exynos 3475 paired with 1.5GB of RAM. In other words, the processor doesn’t look to be a powerhouse, but it should be fine for casual day-to-day usage. While we’re still looking at the internals, 8GB of internal storage is all you’ll get with either handset, though the Micro SD card slot lets you add up to 128GB of extra storage.

Finally, the Galaxy On5 and Galaxy On7 feature dual-SIM card support, with both handsets also featuring 4G LTE connectivity.

Samsung didn’t reveal pricing information for either smartphone. The company did announce that would-be buyers in China can also download Milk Music, the company’s weirdly-named Internet radio service. In addition, possibly in response to Samsung’s scolding by Chinese authorities back in August, customers will be given the option to delete pre-installed bloatware, allowing the meager 8GB of internal storage to stretch a bit further.

Related  How BIG is Samsung ? (They Have a Military Department!)
Article Tags:
Galaxy ON5 · Galaxy ON7 · samsung
Article Categories:
Photos · Tech Updates