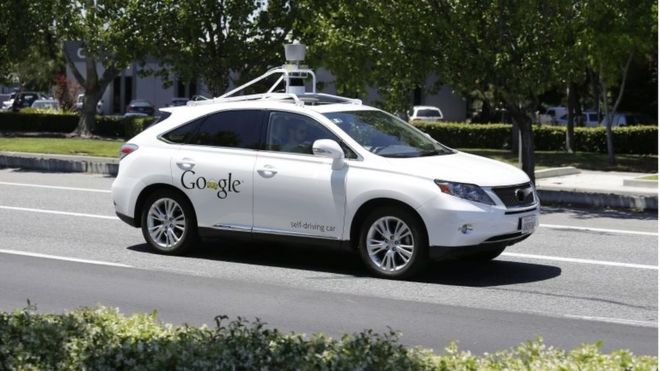 One of Google’s self-driving cars crashed into a bus in California last month. There were no injuries.

Google is to meet with California’s Department of Motor Vehicles (DMV) to discuss the incident, and determine where the blame lies.

The human in the Google vehicle reported that he assumed the bus would slow down to let the car out, and so he did not override the car’s self-driving computer.

The crash happened in Mountain View, near Google’s headquarters.

In a statement, Google said: “We clearly bear some responsibility, because if our car hadn’t moved, there wouldn’t have been a collision.

“That said, our test driver believed the bus was going to slow or stop to allow us to merge into the traffic, and that there would be sufficient space to do that.” 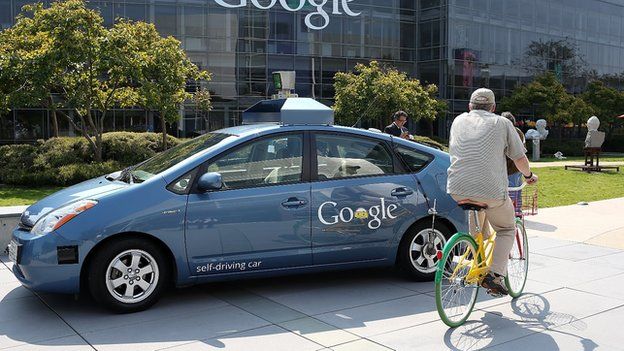 The company’s self-driving cars have clocked up well over a million miles across various states in the US, and until now have only reported minor “fender benders” – the American slang for a small collision.

In all of those cases, other road users were to blame.

Google releases a monthly report detailing the testing of its self-driving technology.

Ahead of the February report’s publication, due Tuesday, a traffic incident filing wasmade public by the DMV.

Related  Meet Google Duo, a simple 1-to-1 video calling app for everyone

“The Google AV [autonomous vehicle] test driver saw the bus approaching in the left side mirror but believed the bus would stop or slow to allow the Google AV to continue,” the report read.

“Approximately three seconds later, as the Google AV was re-entering the centre of the lane it made contact with the side of the bus.

“The Google AV was operating in autonomous mode and travelling at less than two mph, and the bus was travelling at about 15mph at the time of contact.”

The car’s movements were made more complex, the report said, by the presence of sandbags on the road.

Google said it had now refined its self-driving algorithm.

“From now on, our cars will more deeply understand that buses (and other large vehicles) are less likely to yield to us than other types of vehicles, and we hope to handle situations like this more gracefully in the future.”

If the DMV considers the Google car to be at fault for the collision, it could be seen as a setback for the company’s ambitious autonomous vehicle plans.

The bus crash came just four days after a legal breakthrough for the self-driving project – the US National Highway Traffic Safety Administration told Google it would likely give the self-driving computer the same legal treatment as a human driver.

That decision would pave the way for self-driving cars without any typical controls, such as a steering wheel or pedals.