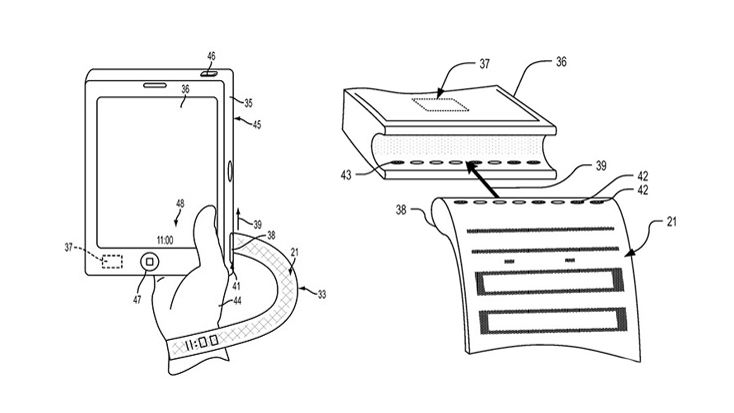 Combining clever combination of traditional textiles and modern materials, Apple’s woven band will act as a second display to your Apple Watch or iPod.

The design, which the Cupertino company has submitted to the U.S. Patent and Trademark Office, details the technique of weaving light-transmissive fibres into fabric, resulting in a smart material which could be used as a simple display.

Some potential uses could include using the band to display the time, a Facebook notification, or flash red to denote a low battery alert. 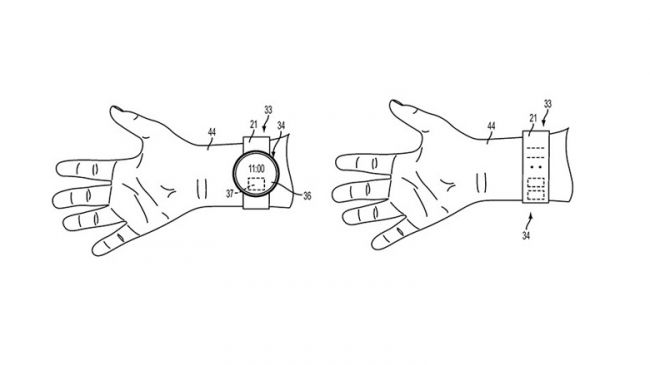 Of course, this makes perfect sense for the Apple Watch, where display real estate is at a premium, but the patent also demonstrates the band working with a handset.

Don’t run down to the Apple Store just yet

Although Apple has patented the concept, that doesn’t mean it’ll become a reality. The company are well-known for patenting a number of ideas that never come to fruition. The patent was first filed in May 2014.

This isn’t the first smart strap we’ve seen, back in March we visited Baselworld and tested out the Kairos T-band. Although not woven, the T-band is a similar concept, embedding LEDs into a leather watch strap.