Microsoft HoloLens and Volvo will roll out a virtual car showroom next year; we’ve seen it and it’s great… 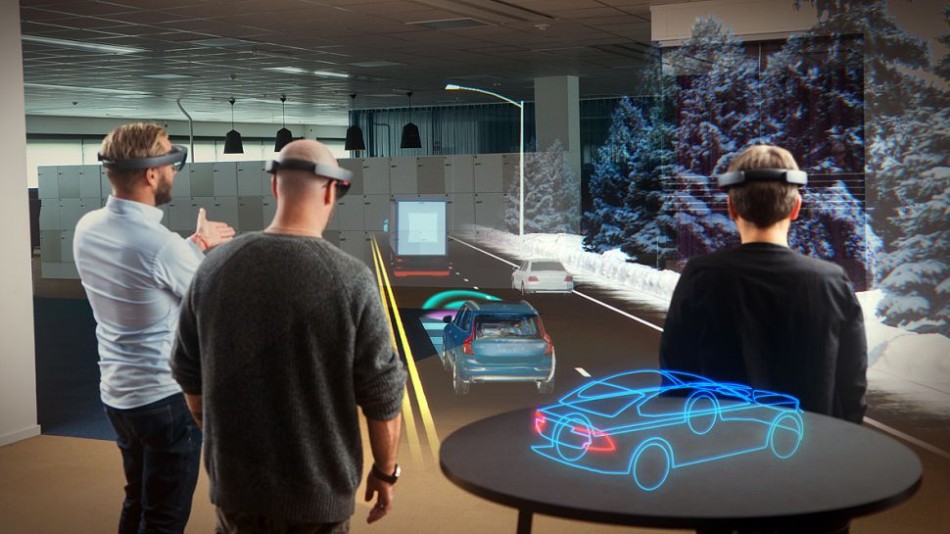 It’s a futurist car lover’s dream way to spend an afternoon: tapping the air to click through colour and trim options on a car that doesn’t even exist yet. Welcome to the Microsoft HoloLens x Volvo S90 mixed reality showroom.

Set up at the former’s Redmond, WA global HQ, the demo was hailed as “state of the art” and “my favourite” by HoloLens Senior Director Scott Erickson, with Volvo’s Björn Annwall (SVP of Marketing, Sales and Service) stating that customers will get to see something like it next year, although the brand is, “in the testing stage in terms of deciding on what scale we will use this, and how.”

We got the guided tour, and while caveats about the limited field of view of HoloLens do still apply, we couldn’t say it notably diminished the experience, which was highly impressive.

We were able to view and look around the so-new-it’s-not-even-been-unveiled-yet Volvo S90 both in miniature on tables set up in the large demo space, but also at actual size on a stage. 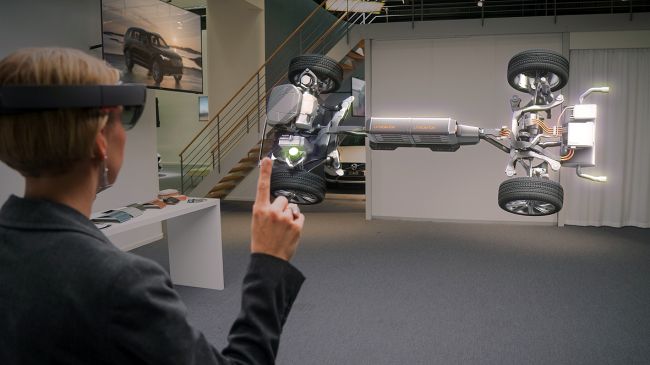 The demo included initial designer sketches of the car, a skeleton view of the S90’s hybrid drivetrain – which offers the choice of petrol or electric power, or a combination of the two – and an impressive look at its autonomous driving tech on a simulated highway. Volvo is committed to having zero fatalities involving its cars by 2020. Key elements in achieving that include collision detection, automatic braking and warnings about poor driving conditions ahead, crowd-sourced and shared between connected cars.

The demo flowed seamlessly from one element to the next, with the ‘holographic’ images transforming and moving from table tops to the big stage. So yeah, sure, in this instance HoloLens is just a way of selling you a new car, but it’s a seriously cool way to do so. 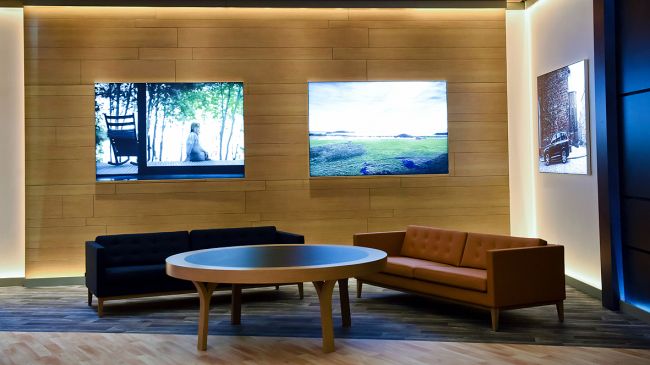 Both the coolest and the most actually useful element? Being able to view and choose paint and trim options with HoloLens’ patented ‘air tap’ finger waggle. Once selected, our favoured spec could once again be viewed full size, in 3D, before starting the engine with another air tap and having it drive ‘through’ us with a whoosh of spatial surround sound from the HoloLens headset’s speakers.

Microsoft’s Erickson, who was highly enthusiastic considering he looked like he hadn’t slept for a week, reiterated that HoloLens would launch in Q1 2016, priced $3,000. He said, “For the amount of computing power, with the optical components… When you break down the component cost, $3,000 is nothing… We love holograms. We want everyone to see holograms.”