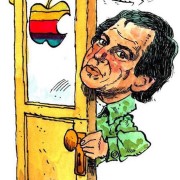 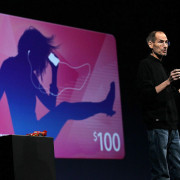 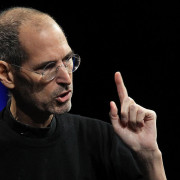 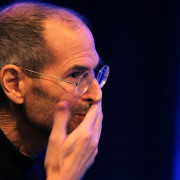 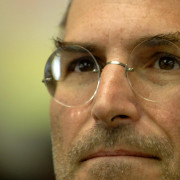 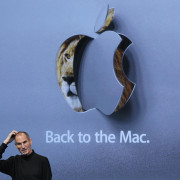 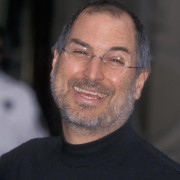 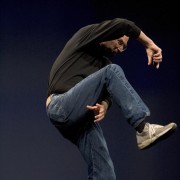 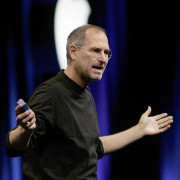 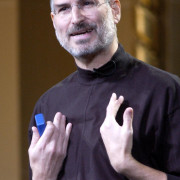 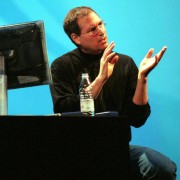 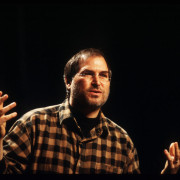 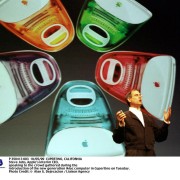 Apple and Pixar honcho Steve Jobs was known not just for his genius products (Hello, Mac, iPod, iPad, iPhone!), but also for his raging put-downs of subordinates and rivals. Why not put some of his molten-lava tongue lashings to good effect during your next job transition?

If your supervisor routinely keeps “improving” your work ’til all of your projects end up disasters, this pointed critique that Jobs once gave a designer should get you canned so you can collect unemployment:

Here’s another quote that could work instead, as said to Nike’s Mark Parker, per The Innovation Secrets of Steve Jobs:

“You make some of the best products in the world — but you also make a lot of crap. Get rid of the crappy stuff.”

If you’re a high-level exec squeezed out in a boardroom power grab, it can’t hurt to turn the tables. It’s what we call thinking different:

“This company is in shambles, and I don’t have time to wet-nurse the board. So I need all of you to resign.”

You can use this as a rhetorical question to your boss if you need to leave your job at a beverage company. Or think of it as a larger metaphor, where you’re the big-picture visionary they’ll be sorry to see go:

“Do you want to spend the rest of your life selling sugared water or do you want a chance to change the world?”

5. But don’t forget to clear your cash

When you’re offered a big raise to do boring job, but there are greener pastures elsewhere, feel free to use this uber-condescending exit line:

Related  How to improve your website's Google ranking

Take the high road with your supervisors (and co-workers BCC-ed) by implying that the reason you’re out the door is that your standards are just too dang high:

“Be a yardstick of quality. Some people aren’t used to an environment where excellence is expected.”

7. Or just take the low road

Need something with a little more oomph? Consider this nugget from a 1997 issue of BusinessWeek:

“The products suck! There’s no sex in them anymore!”

When complaints to human resources get you chased out the door, be aware that El Supremo Steve-O feels your pain:

“I’ve never known an HR person who had anything but a mediocre mentality.”

Are you leaving to take a more powerful position somewhere else? Why not take your old boss along with you as your new whipping boy?

“Everything you have done in your life is sh!t! So why don’t you come work for me?”

10. The greasy wheel gets decreased

Your boss fires you because he or she doesn’t understand that you’re not an inveterate complainer, you’re a whistleblower. Yeah, yeah, that’s the ticket:

“My job is to say when something sucks rather than sugarcoat it.”

10. When playing dumb is a smart move

If you’ve got enough chutzpah, try to pull this one off. It’s a reverse psychology gambit that will at least score you style points when you respond to your termination letter or email. Hit reply-all companywide to become legendary:

“Look, I don’t know who you are, but no one around here is too important to fire besides me. And you’re fired!”

If you’re leaving because you and your boss can’t see eye-to-eye, just go with the whole, agree-to-disagree thing, Steve Jobs-style:

“You think I’m an arrogant ass—- who thinks he’s above the law, and I think you’re a slime bucket who gets most of his facts wrong.”

12. When you just want your departure to sting

Sometimes you just want to cut to the sting. In that case, consider this burn, unleashed by Jobs in a parking lot, and recalled in The Second Coming of Steve Jobs:

“That’s the kind of Porsche that dentists drive.”

If, like Steve Jobs, you find yourself returning to that company full of people you burned, the late tech giant has a perfect quote for that occasion, too:

“Sometimes when you innovate, you make mistakes. It is best to admit them quickly, and get on with improving your other innovations.”