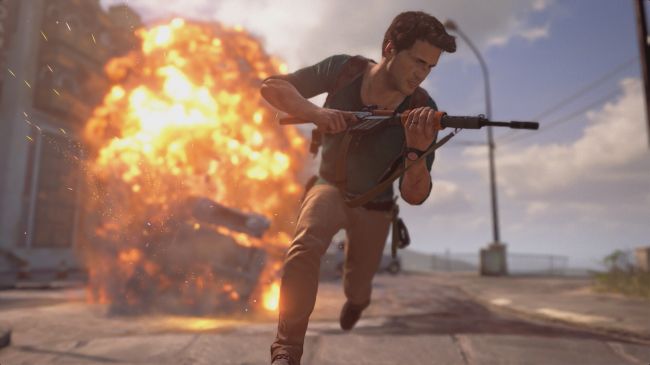 Okay, we know you’re still trying to clear a backlog that happens to include The Witcher 3, Mad Max, Just Cause 3 and a little life-eater called Fallout 4, but there’s another 365 days of gaming incoming.

After lengthy delays on a slew of big names, 2016 is going to be seriously busy and there’s only January to try and clear that pile of shame.

Add in the launch of all the big name VR headsets this year and we’re going to spend a significant chunk of time with our eyes on a screen of some variety. Here’s our pick of the biggest games of 2016 to whet your appetite.

One question: are your thumbs ready? 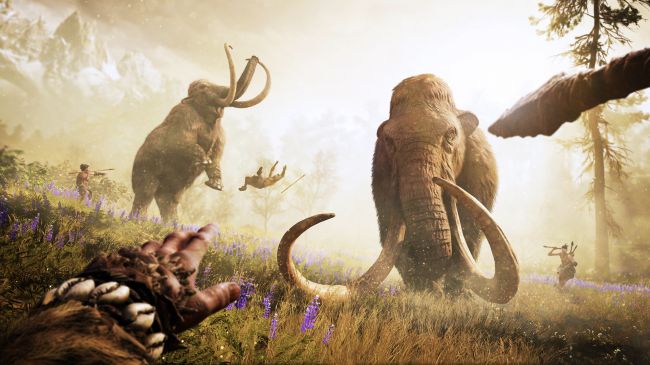 Ubisoft still appears to be deaf to our Jurassic Park obsessed cries of ‘Dinosaurs!’ but we’re definitely getting closer with this chunk of stone age open world chaos. This time we’re behind the eyes of hunter Takkar who must kill or be killed in an environment that has far bigger teeth than anything the series has seen before.

Sabretooth-tigers, enormous bears and wooly mammoths are just some of the savagery on offer but you can also tame a selection of the local wildlife to help you take on rival factions in the world. Dino DLC anyone? 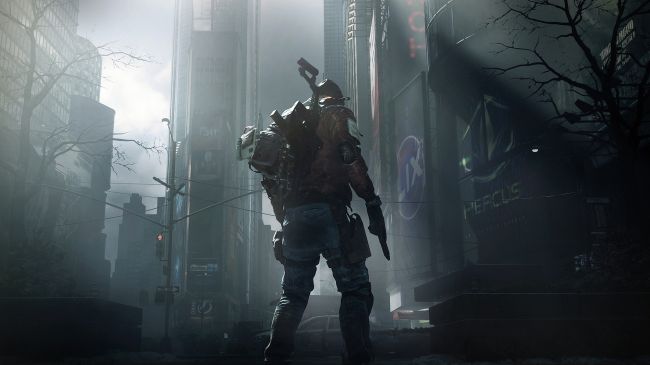 It’s been a long time since it was announced all the way back at E3 2013 but Ubisoft Massive’s open world, gun-packed, RPG is finally handing over control of pandemic struck New York. On none other than Black Friday – we knew it was a bad thing – a virus infects the city, effectively collapsing society.

Tactics and online co-op are key as you and your fellow special agents reclaim control. The game uses the Ubi developed Snowdrop Engine that focuses specifically on environmental realism to bring even more bite to those infamous New York winters. Wrap up warm for this one.

Related  Review of Future and Application of Wearable Biosensors

Nathan Drake’s final gun-toting adventure from Naughty Dog will be here in a matter of months. In March we’ll be back in control of his half untucked-ness as he joins his presumed dead brother and returns to treasure hunting after three years in retirement.

Drake’s latest promises not only to deliver a fitting farewell for the PlayStation action hero but even offers dialogue trees, and an explosive multiplayer with the interesting addition of mystical items that mean you can literally set ghosts on your enemies. Handy. 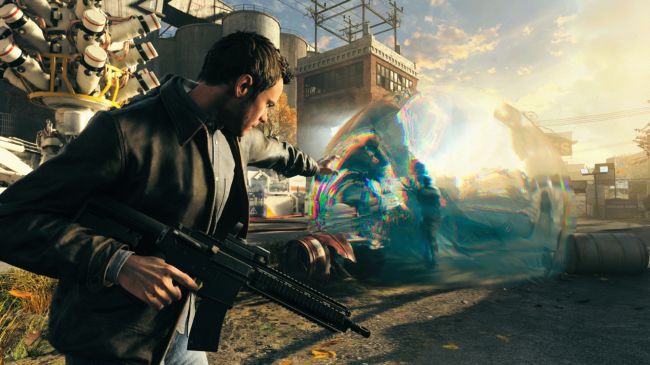 Got time to kill? You do now. This long-awaited Xbox One exclusive from Max Payne and Alan Wake devs Remedy sees leading man Jack Joyce both freeze and speed up time while dishing out bullet packed justice.

This is no mere fancy shooter either. Remedy has, err, shot more than an hour and a half of live action footage starring actors such as Game Of Thrones’ Aiden Gillen and Lost’s Dominic Monaghan. These mini star-packed episodes will play as cutscenes that are dependent on decisions you make throughout the game. 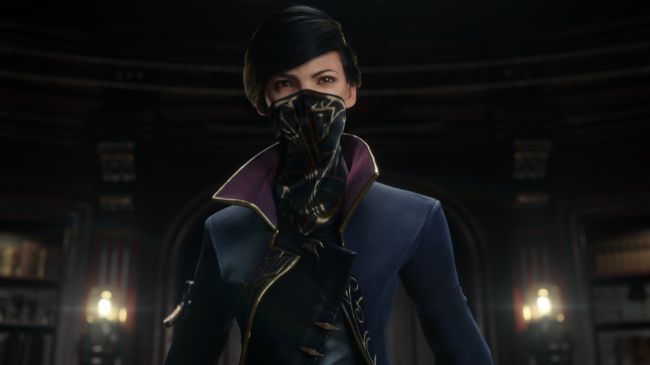 Because, deep down, you knew this was how that little princess would turn out; a powerful Empress who can travel using tentacles… This sequel from Arkane Studios sees the return of Emily Kaldwin and, of course, original stealthy assassin Corvo.

Kaldwin has been displaced by an ‘otherworldly usurper’ and the mysterious Outsider has returned and gifted her with a handy new set of powers to reclaim her throne. Both Corvo and Emily will be playable and once again it will be possible to sneak through the new area of Karnaca without killing a soul, but where exactly is the fun in that? 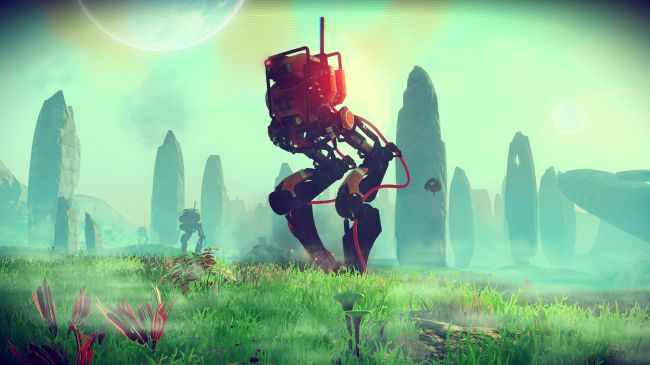 Just what we need right in the middle of the year; an infinite game with endless possibilities. This space survival sim would allegedly take five billion years to visit every procedurally generated planet in its universe so maybe one to leave until a long weekend.

There is a main goal to No Man’s Sky as you journey to the centre of the universe in your spaceship but there’s many, many ways to get there and the game never truly ends. Planets can be mined, wildlife obliterated, resources sold, new players met, and there’s even a unique periodic table to discover and craft. 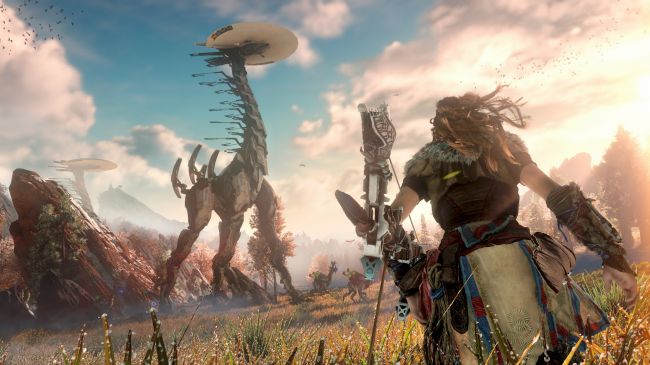 If you thought gaming bows were so 2013, tribal hunter Aloy is bringing them back for 2016 in this action RPG that just happens to feature killer robot dinosaurs. Killzone devs Guerilla Games have gone and destroyed humanity again, with the game set 1000 years after the fall of life as we know it.

Yet this new stone age isn’t about sabre-toothed tigers. We’ll be taking on a slew of robot animal hybrids that include a T-Rex style monster known as the Thunder Jaw that shoots barrages of missiles. Surviving means Aloy needs to find new and inventive ways to hunt the myriad techno-beasts that stalk the open world. With inspirations for her character including Game Of Thrones’ Ygritte and Alien’s Ripley, it looks like she’s up to the job. 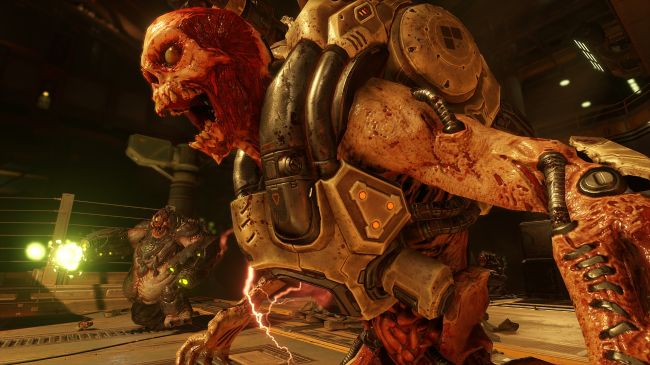 Yes, it’s been 12 years since Doom 3 and yes, we feel really old too. Previously known as Doom 4 but now just going back to the roots of the shooter that defined the genre, this is the ultimate gory comeback from original devs id Software.

While everything you’ve loved from the series is here – shotguns, chainsaws and veritable rivers of blood – there’s all new melee attacks and a double jump to add even more chaos into the mix. Sprinkle in classic enemies such as Pinkie Demons, Barons of Hell and Zombiemen and we’re going to have one hell of a good time. 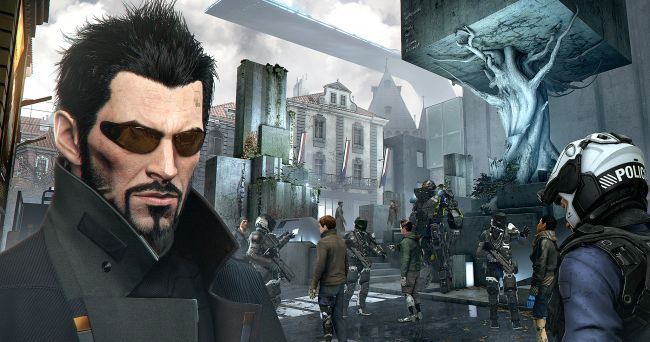 We definitely did ask for this, although maybe not all these delays. Adam Jensen will now return in August 2016 as part of an international police team known as Task Force 29 who are taking on rogue groups of augmented humans.

While Human Revolution restricted your choice when it came to ways to play, Eidos Montreal wants players to be able to do exactly what they want and fully non-lethal playthroughs are possible this time around. With Jensen’s fist-mounted electroshock tools, they don’t even have to be fully stealth based. Ideal for some guilt free violence. 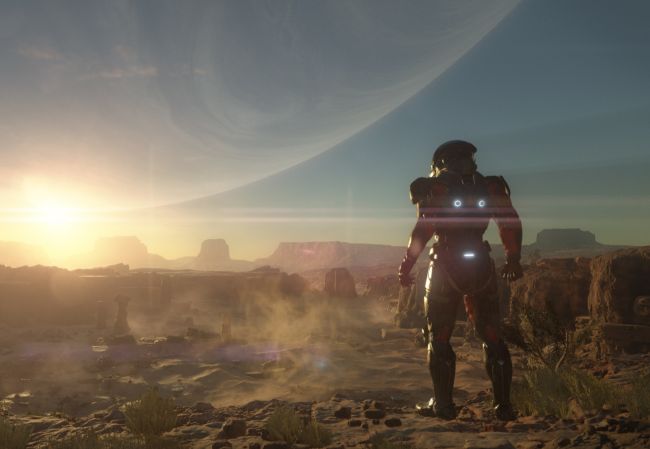 And so the show goes on without Commander Shepard. *salutes* We’ve not seen much of Bioware’s Mass Effect: Andromeda – note, the important lack of a 4 – but we do know that the follow up to Shepard’s pioneering trilogy will have a brand new main character and cast.

Eagle-eyed fans have spotted the name ‘Rider’ in the latest trailer so we might already have a name for our hero who will be exploring the Andromeda galaxy. Research and exploration will apparently be key and we’ll be seeing the return of Mass Effect’s Mako vehicle which Bioware has confirmed will be far more fun to steer. Reassuring.