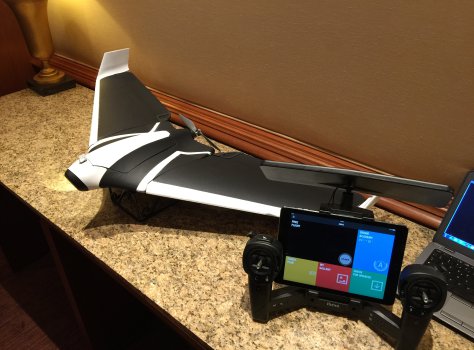 When you think of consumer drones, chances are you are thinking of quadcopters. But fixed-wing drones have long been a staple of the military and the model aircraft community and now Parrot, which pioneered the quadcopter craze with its AR.Drone, is getting into the fixed-wing game, too.

The 700-gram Parrot Disco, which the company has been working on for the last two years, is a small fixed-wing consumer drone that looks like a model airplane. It can fly up to 45 minutes and reach speeds of just under 50 mph. The 1080p 14-megapixel camera at the front of the drone is the same one that Parrot used for its Bebop 2 quadcopter. 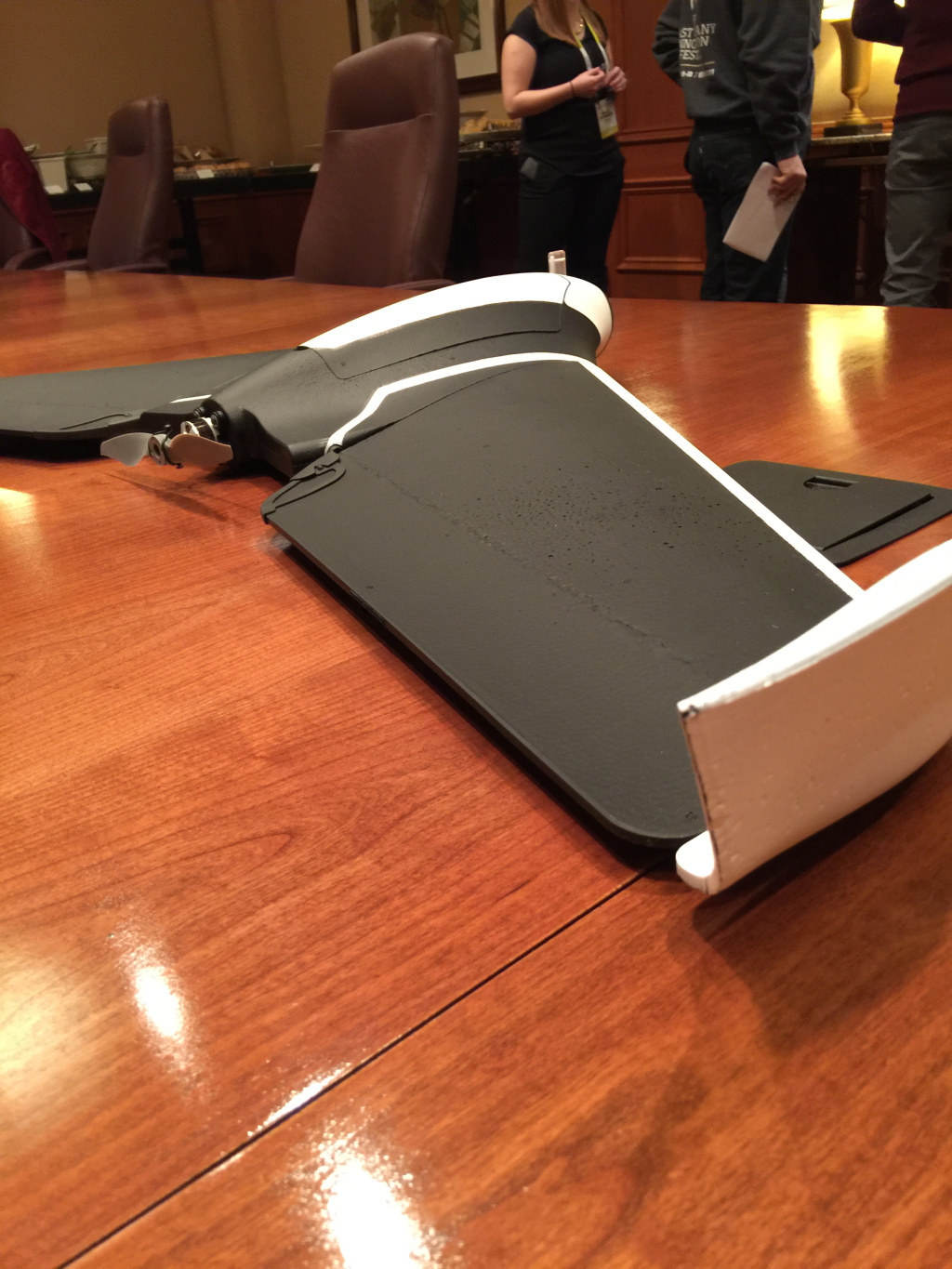 Just like Parrot’s other drones, the Disco is controlled over Wi-Fi through the company’s FreeFlight smartphone and tablet app or through Parrot’s more professional Skycontroller (which the team actually recommends).

Like all drones, the Disco comes with a set of standard sensors like an accelerometer, gyroscope, magnetometer, barometer and GPS. The Disco also features a pitot tube, which is typically used on planes to measure airspeed. On a quadcopter, airspeed isn’t all that important, but it definitely matters when you want to keep a plane in the air.

The Disco isn’t the only fixed-wing consumer drone available, but the Parrot team emphasizes that the Disco is much simpler to get flying than competitors’ drones. Some fixed-wing models require users to manually set items like the pitch and yaw, but by only requiring a quick shake to situate the Disco and a toss into the air to get it going, this drone will be much simpler to get airborne. 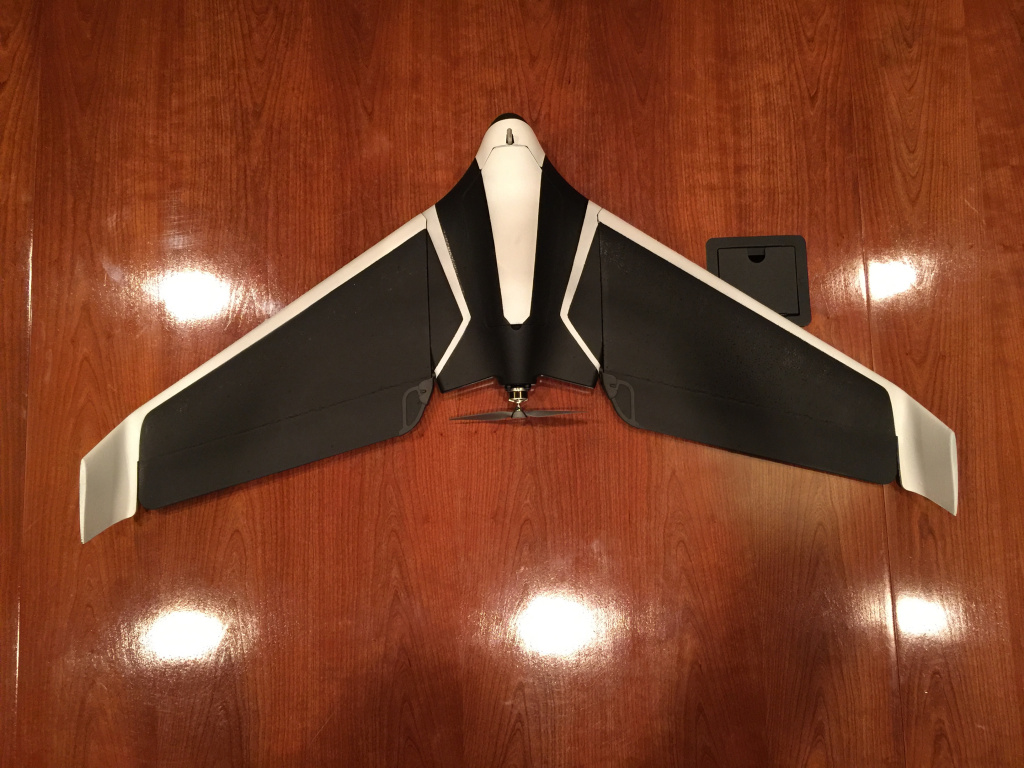 Landing is undoubtedly the hardest part of flying any plane and that’s no different for fixed-wing model aircraft either. As the Parrot team tells us, the Disco will offer an auto-land mode where the plan will slowly fly back to its take-off point and then slowly circle to land.

It’s worth noting that while this is Parrot’s first fixed-wing consumer drone, it’s not the company’s first foray into this field. Parrot acquired senseFly, which makes a range of fixed-wing drones for professional applications like mapping, back in 2012. Unsurprisingly, the Disco also features some autopilot software from senseFly.

The device is currently in a prototyping phase, though Parrot told us they hope to have the Disco in consumers’ hands by the end of 2016. Price is the big question, but Parrot didn’t give us any hints.