New Type of Carbon Is Harder and Brighter Than Diamonds 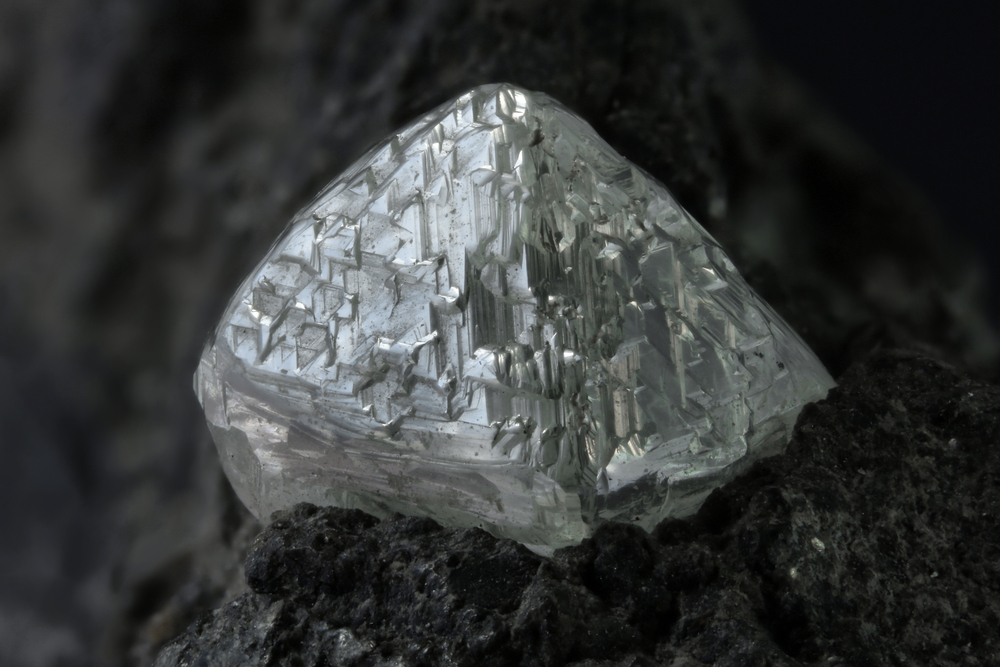 Diamonds form deep within the Earth, and then travel to the surface within volcanic rocks, such as this kimberlite.

Scientists have designed a new type of carbon that is harder and brighter than naturally formed diamonds.

For those who want to wear a one-of-a-kind sparkler on their fingers, the new material, called Q-carbon, also gives off a soft glow.

For instance, the material can act as either a metal or a semiconductor, and is magnetic at room temperature, he added.

Despite being one of the most ubiquitous and iconic symbols of wealth and luxury, scientists still don’t fully understand how diamonds are formed. Most think the diamonds mined today formed between 1 billion and 3 billion years ago, at a depth of about 62 miles (100 kilometers) below the Earth’s surface, researchers previously told Live Science.

In this subterranean pressure cooker, carbon dioxide molecules were crushed with pressures of about 725,000 lbs. per square inch (5 million kilopascals) and heated to a sweltering 2,200 degrees Fahrenheit (1,200 degrees Celsius), according to a 2012 study in the journal Nature. These extreme conditions pushed out the oxygen molecules and created a highly symmetric lattice of carbon atoms.

Scientists have long tried to outdo Mother Nature by manufacturingsynthetic diamonds in the lab. Typically, they try to recreate the high heat and pressure found in the bowels of the Earth, crushing graphite into sparkling gems. But these diamonds often aren’t as strong as the originals, because the graphite is mixed with another metal. Another method, called chemical vapor deposition, blows a hydrocarbon gas over a substrate and uses chemical reactions to form diamonds. These diamonds often have fewer flaws than naturally grown diamonds.

To go one better, Narayan and his colleagues heated up an unstructured mass of carbon atoms, known as amorphous carbon, with tiny pulses of lasers. The incredibly focused light beams melted the interior of solid carbon into liquid carbon. Then, they used a process known as quenching, which rapidly cools material by submerging it in a liquid, the researchers reported Wednesday (Dec. 2) in the Journal of Applied Physics.

Normally, thermodynamics dictates that carbon atoms should change how they arrange themselves at lower temperatures. But the quenching process cools the liquid carbon at 1.8 billion degrees Fahrenheit per second (1 billion degrees Celsius per second).

“We do it so fast that we can fool Mother Nature,” Narayan told Live Science.

That rapid quenching “freezes” the carbon atoms in place, leaving them squished together in a tightly woven matrix.

The result? A superhard material that is brighter than ordinary diamonds.

“This is more perfect than what the people make by high pressure and high temperature or nature’s way,” Narayan said.

Creating a carat of Q-carbon takes 15 minutes, meaning scientists could make a giant, stunning gemstone for a necklace or a ring relatively quickly. (Imagine a necklace of supersparkly diamonds that also glowed — how sci-fi would that be?)

But its unusual properties mean it could be more useful for other applications, Narayan said.

The magnetic Q-carbon (Q stands for quenching) would make a perfect material for biological implants that sense magnetic fields. The tight fit between carbon atoms also means electrons are bursting to get out of the carbon atoms, so the slightest voltage can spur carbon atoms to release electrons, creating a soft glow. That makes it perfect for creating screen displays that use less power, Narayan said.

Related  Drones Can Now Build a Bridge... by Themselves!

And its incredible hardness makes it the perfect material for deep-sea drilling, Narayan added.