10 things you didn’t know your smartphone could do 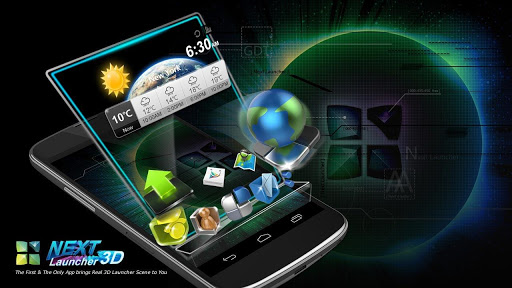 1. Change the launcher on Android

Almost every smartphone maker overlays Android with its own interface, be it Samsung’s TouchWiz or HTC’s Sense. They spend enormous amounts of time making sure they get it just right, trying to improve on stock Android while standing out from the crowd.

But despite their best efforts they can’t please everyone. Features are lacking or forced on you and things just don’t look or feel right.

Thankfully there’s a solution. Smartphone makers aren’t the only ones who can develop an interface (or launcher) for Android and many third parties have unleashed their own creations onto Google Play, allowing you to download new launchers and replace whatever one your phone came with.

A quick search for ‘launcher’ will turn up many, but some are better than others. Nova Launcher is among the best. It closely resembles stock Android, but gives you a number of powerful tools to further customise it, and there are free and paid versions.

Another option, particularly if you want a launcher you can show off, is Next Launcher 3D. As the name suggests, it uses a 3D effect to make icons pop out of the screen.

Fancy effects aside, it’s also got a robust feature set, including the ability to create custom themes and app icons. At £11.49 it’s not cheap, but can you really put a price on the sense of satisfaction you’ll get from having the showiest launcher around?

2. Control other devices with infrared 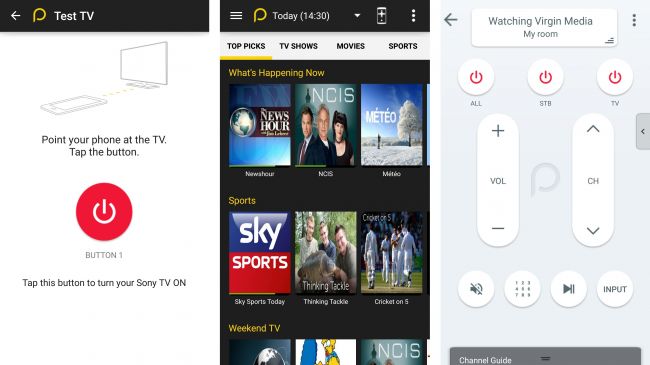 More and more Android phones are being released with infrared blasters, particularly high-end handsets like the Samsung Galaxy S6 and HTC One M9.

If your phone has one of these, in theory it can control anything that responds to infrared signals. You’ll likely find that your phone already has an app that makes use of it hidden away somewhere, which can be programmed to control your TV or set-top box.

But even if your phone doesn’t have a built-in infrared control, or you just don’t get on with the one that is included, you’ll find that Google Play has a few available to download, such as the Peel Smart Remote, which is often just re-skinned by manufacturers anyway.

You may already know that you can get Shazam or SoundHound for your smartphone, both of which can be used to identify a song as it’s playing. But did you know that Google, Apple and Microsoft have also created their own song identification tools?

They’re built right into their respective virtual assistants, so you can just ask Google Now or Siri what’s playing or tap the Music Search icon inside Cortana.

4. Turn your Android into a games console 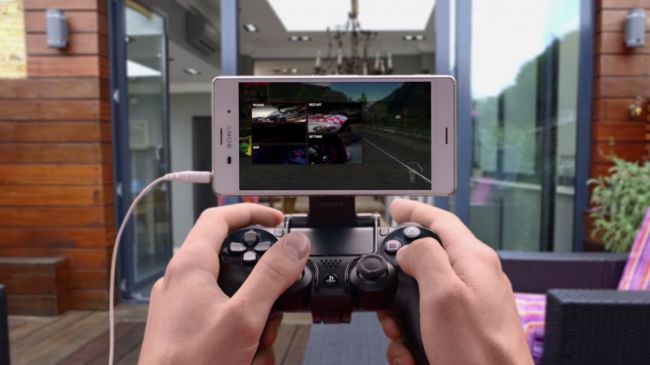 There are some tremendously powerful Android phones around, but raw power isn’t all that’s required for a good gaming experience. Sometimes you need a big screen and a proper controller too.

The good news is that these things are within your reach. MHL (aka Mobile High-Definition Link) is a way to connect phones and other portable electronics to HD televisions and monitors, using an MHL cable linked between the micro USB port on your phone and your screen’s HDMI.

Not all phones support MHL, but handsets by Samsung and Sony do. Assuming your phone supports it, you can pick up an MHL cable from around £10 and then you’ll be able to experience media from your smartphone on a big screen.

That’s great for video, but for games you’re still stuck with a touchscreen interface. However, there are a number of Bluetooth smartphone controllers available and with one of those in hand you can take smartphone gaming to a level that approaches home consoles.

5. Use your smartphone as a level

Most smartphones include an accelerometer, which is used to identify your phone’s orientation, so that the screen will know when to auto rotate and means your phone can be used as a spirit level.

If you have an Android or BlackBerry phone, you can download apps to do this, but if you have an Apple device running iOS 7 or higher, the function is built in.

Having said that, it can be hard to find it, as you have to launch the compass app and then swipe across to a second screen. It’s not the most obvious location, but now you know where it is you can get to work checking your bed/table/sofa/TV/house/cat is level.

6. Automate your life with IF

IF (previously IFTTT or If That Then This) is an app available on Android and iOS, which creates simple connections between apps and functions. You could, for example, set mobile data to turn off when you’re connected to Wi-Fi or automatically upload new photos to your cloud storage service of choice.

As long as there’s an app or function somewhere you should be able to do it. To make things even easier, there are dozens of pre-created ‘recipes’, so you can instantly automate almost everything.

Even the best linguist can’t be expected to rattle off complex sentences in various languages, and many of us struggle to say anything more complicated than ‘hello’ in another country. Your smartphone can make speaking and understanding other languages a whole lot easier.

If you’ve got an Android phone you can just ask Google Now to translate a word or phrase for you and get both a spoken and written response, while the app iTranslate, available on iOS, Windows Phone and Android, works similarly.

8. Use volume buttons to skip songs 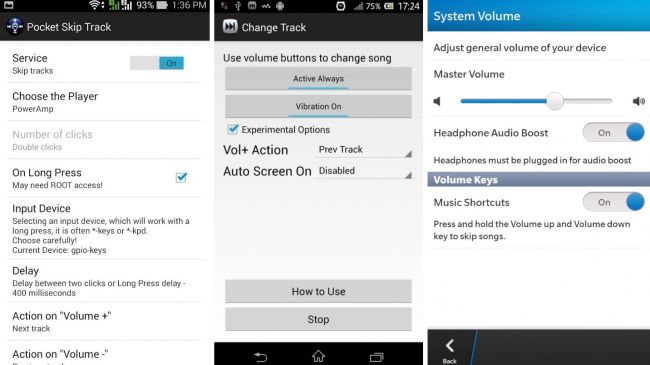 Using a phone as an MP3 player is great, but when the screen’s off and the phone’s in your pocket it can be a chore to skip that Haddaway song you drunkenly added to your playlist. However, with a little bit of alteration you can make your volume buttons double as a way to skip tracks.

On BlackBerry 10 this is easy; just head to ‘System Volume’ in the settings screen and turn ‘Music Shortcuts’ on. Once you’ve done that you’ll be able to skip to the next track by holding the volume up button and play a previous one by holding the down button. A tap on either of them will change the volume as usual.

On Android, something similar can be achieved with the help of a third party app, such as ‘Pocket Skip Track’ or ‘Change Track’, which allow you to skip a song with a tap of the volume buttons.

Related  This is how NASA plans on building a Mars colony

Unfortunately this is only possible on iOS with a jailbreak and Windows Phone 8 has no way of doing it without first turning the screen on.

If you get a bit too tap happy it’s possible to accidentally delete one of your many treasured cat or food photos, but if you have an iPhone all is not lost.

The Photos app has a ‘Recently Deleted’ album where all those pictures are stored for 30 days, so you can just head in to there and recover them.

On the other hand, if you really don’t want someone to see that photo of you passed out in a sea of fast food, it’s worth heading into the Recently Deleted album and double deleting it.

No longer do you have to suffer PPI claims lines and other nuisance callers, as most smartphones offer the ability to block numbers.

With iOS 8 on the iPhone there are several ways to do it, but the easiest is just to go into your recent calls log, tap the ‘i’ next to the number you want to block and then tap ‘block this caller’.

On Android, things can be a bit more convoluted and depends in part on what phone you have. It may be that you can do it in a similar way to iOS 8; on the HTC One M9 you can simply tap and hold a number in your call history and then tap ‘Block contact’.

Other smartphones, such as the Samsung Galaxy S6, feature an auto reject list, which is generally found in the phone settings menu and allows you to manually add numbers to a list of rejected callers. However, if all else fails, there are apps to do the job, such as ‘Truecaller’ and ‘Mr. Number’.

On Windows Phone 8.1 you can enable a ‘blocked numbers’ option in the ‘Call + SMS filter’ section of the settings menu. Once enabled you’ll find the option to block a number when you long press it in your recent calls list.

Sadly it’s not currently possible to natively block a number on BlackBerry 10, but there are apps available from BlackBerry World that do the job.