The Entrepreneur’s Guide To Surviving A Tech Bubble 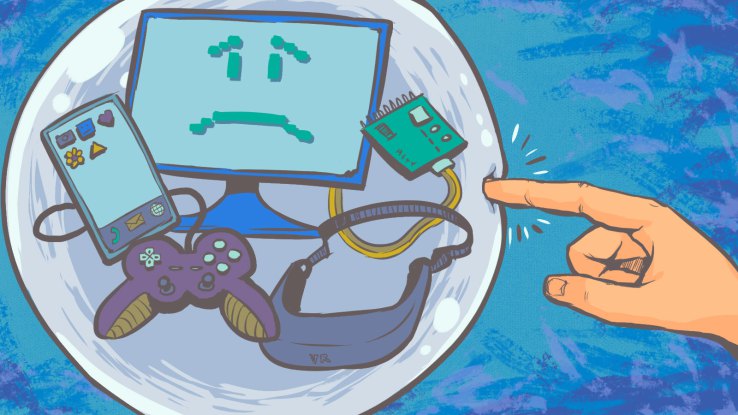 There’s a general sense in Silicon Valley that many unicorn companies will not live up to their billion dollar status. According to Morrison & Foerster, more than half of the highly valued startups will still be private in 2016, while 7 percent of those will fail. According to bubble spotter Vikram Mansharamani, the Salesforce Tower and other skyscraper construction sites in San Francisco are indicative that we are in a bubble.

What is really happening and should entrepreneurs be worried in this environment? On a recent Ventured podcast, I spoke with KPCB general partner Randy Komisar about whether or not there’s a tech bubble and the consequences of raising too much capital. Below is a summary of our conversation.

In A Cycle, Not A Bubble

We’re in a cycle — I don’t believe in the questions about the bubble. I think cycles come and get a little overheated. It’s more like a deflation: How much air comes out of the balloon versus the balloon actually popping?

While the market is never in equilibrium, the public and private markets have different variables driving their valuations. Once companies go public, there is a change in how people value them. Pre-IPO, they are judged by their potential and then post, they are judged by their performance. Unfortunately, the performance of those companies don’t always back up their valuations. Today, public markets are demanding sustainable business models before allowing companies to go public, while in the past companies often went public without the need to prove their model out. What’s happening today will not affect Main street the way the market correction in 2000 did, but many venture capitalists will fall short of the returns they are accustomed to.

Billion Dollar Startups: The Math And The Madness

Nearly 150 private companies are valued at $1 billion dollars or more. However, only a few of the companies went public at a price greater than $1 billion dollars. At this rate, investors won’t make money. Many investors that put in money in later rounds aren’t the typical Sand Hill Road venture capitalists, but are large hedge funds and private equity investors who have a bigger appetite for risk. With these larger financing rounds, entrepreneurs have more time to run companies with losing financials.

The Problem With Raising Too Much Capital

The unicorn is more like an albatross. Entrepreneurs have to live up to the valuation and ultimately raising too much money can limit their business opportunity. While the entrepreneur may have raised money and minimized dilution, the large valuation makes it even harder to become a public company or become acquired. Acquirers, especially public companies, must behave rationally.

It’s a red flag when entrepreneurs delay launching their product or are not hitting revenue goals, but boast about their hiring growth. It is satisfying when companies reach cash flow neutral. The end game has to be creating real value in the business.

Never Use Debt To Run Operations

When entrepreneurs can’t pay back debt, the debt holders have rights and can control their company. Many entrepreneurs make the mistake of thinking taking on debt is cheaper than equity and that it prevents more dilution. But operations should be run from equity holdings or, better yet, from revenue generated from the business.

The Secret Is To Save Money When You Have Money

Here is a budgeting secret: Assume that the money raised today is all the money that will be needed to build a business that will scale (even in times when capital isn’t available). It’s good to drill a sense of fiscal discipline and challenge assumptions about spending on aspects such as sales, marketing, and engineers.