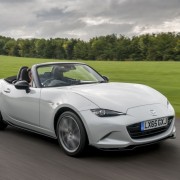 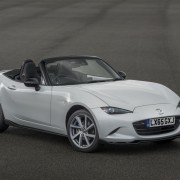 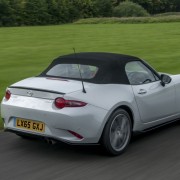 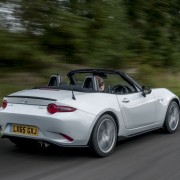 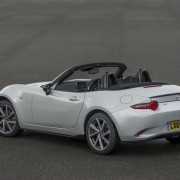 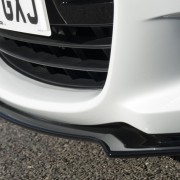 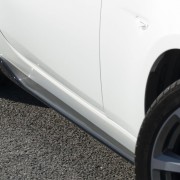 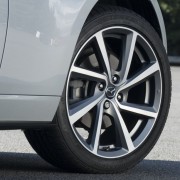 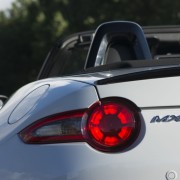 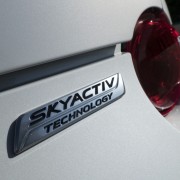 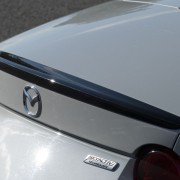 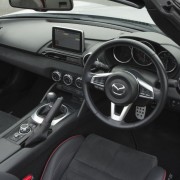 The Mazda MX-5 Miata prides itself on being a driver-focused, back-to-the-basics machine, but some enthusiasts are willing to trade lightness for more creature comforts. To cater to these customers, Mazda’s British division has introduced a posh, limited-edition version of the new fourth-gen Miata called Sport Recaro.

The bulk of the upgrades are found in the cabin, where the range-topping Miata benefits from a powerful Bose sound system, alloy pedal caps, model-specific floor mats, and Alcantara upholstery on the dashboard. As its name clearly implies, it’s also fitted with Recaro bucket seats that are heated and upholstered with black Alcantara. Red stitching on the seats, the dashboard, and around the gear lever adds a sporty touch to the cockpit.

The Miata also gains piano black mirrors, 17-inch alloy wheels, and a discreet body kit that adds a front splitter, side skirts and a small spoiler mounted on the trunk lid. The ragtop is available in two colors called soul red metallic and ceramic metallic, respectively.

Mazda hasn’t made any modifications under the hood, meaning the Sport Recaro Limited Edition model is powered by a stock 2.0-liter four-cylinder engine that delivers 155 horsepower and 148 pound-feet of torque. The naturallyaspirated four spins the rear wheels via a six-speed manual transmission.

The Mazda MX-5 Miata Sport Recaro edition is on sale now in the United Kingdom with a base price of £24,295, a sum that converts to roughly $37,000. Just 600 examples will be built, and each one will gain a numbered plaque on the center console to let the occupants know they’re not riding in a run-of-the-mill Miata.

Mazda told Digital Trends that the Sport Recaro edition won’t be added to the Miata lineup in the United States. The company explained that, save for the Alcantara upholstery on the dashboard and the Recaro seats, all of the add-ons included in the limited-edition model are already available on our shores.