Facebook at Work will launch soon, built the same but with no Candy Crush

Facebook at Work will be kicking off with an official launch before long, at least according to one Facebook executive.

This isn’t too surprising given that the work-focused version of the social network has been in testing for some time now – indeed closed beta testing kicked off right back at the start of the year in January.

Reuters reports that Julien Codorniou, who is director of global platform partnerships and Facebook at Work, said that the new service would launch in the “coming months”, so we’d guess at the first quarter of 2016.

He also noted that the core of the system is pretty much identical to standard Facebook, and is built with the same newsfeed, system of likes and so forth.

There are differences, naturally enough, and a user’s business profile will be kept completely separate from their personal Facebook page. Also, Facebook at Work will have security tools, and frivolous games such as Candy Crush will be stripped away. There’s nothing surprising here given the workplace focus, though.

On the monetisation front, companies will have to pay up for premium services on Facebook at Work such as analytics and customer support, which will run to a few quid a month per user apparently.

Facebook at Work has no shortage of competition with the likes of Yammer and Chatter already well entrenched across the enterprise space – but if anyone can drive forward and make an impact in this arena, it’s Facebook.

Zuckerberg’s product has an obvious advantage in terms of the fact that almost everyone is already familiar with how Facebook works, which is exactly why the workplace-based offering is keeping closely to what the existing social network offers. 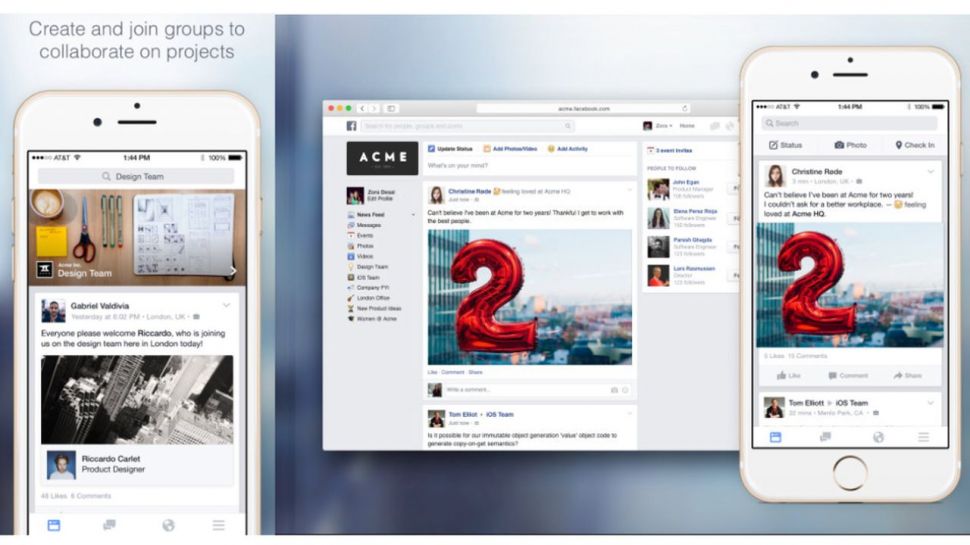 Facebook is finally ready to let more people onto its Facebook at Work social network designed specifically for enterprises and businesses.

First reported by Re/code, the closed beta trial of the service that has been open since January is ready to give way to a freemium version of the office-based social network before the year is out, according to Julien Codroniou, head of Facebook at Work.

At its heart, the service lets companies create their own social networks using Facebook’s familiar technology and its popularity is likely to depend on users knowing what they see and more importantly liking it.

More than 100 companies have been using the product as part of the closed beta and it’s a number that is continuing to expand.

Encouragingly for Facebook, early adopters have already started to expand its use internally. Taking Heineken as an example, testing was restricted to 40 of its top executives in the first instance but by the end of September it will be used by all 550 of its US-based employees.

There’s no lack of competition in the social enterprise collaboration space with the likes of Microsoft’s Yammer (and Delve), Podio, Huddle, Salesforce’s Chatter and a number of others jostling for position.