Technology for the 10 billion: How tech will change the world by 2050 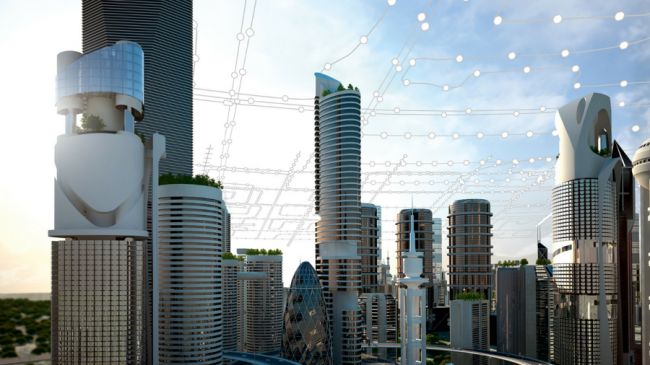 The population of humans will rise from 7.3 billion today to 9.7 billion in 2050, according to the United Nations. That means extra pressure on the planet, with global warming becoming super-serious, resources fast depleted and energy in short supply.

Swelling population also means more poverty, more crime and more demand for food. The challenges for technology just keep growing, and here are just a handful of the solutions that breakthrough tech will help create. 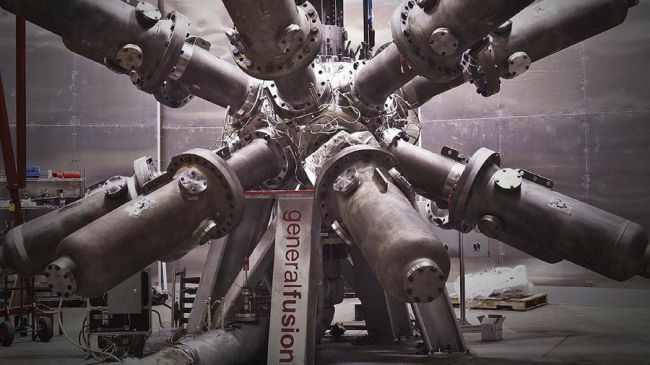 If humans could get two very hot atoms to collide to form one – and then control the energy that’s released – our electricity problems would be over forever. But, as Professor Brian Cox pointed out a few years ago, we spend more on ring-tones than on research into nuclear fusion.

However, some think that mimicking how the Sun works is not going to be achieved by over-budget attempts like the ITER in France or the Lawrence Livermore project in the USA, but by smaller-scale attempts. Cue a round of investment in smaller firms, most notably Amazon’s Jeff Bezos backing General Fusion’s attempts.

With resources under pressure and key metals already scarce or uneconomical to extract, one solution is to reach for the stars. Planetary Resources wants to do just that – the first step in its hugely expensive, expansive plan is to begin what it calls the ARKYD Series of robotic space missions to identify the most commercially viable near-Earth asteroids.

Precious metals and water – the latter crucial for the space missions themselves – are the prizes, though the very first mission involves the launch in two years of the ARKYD ‘public space telescope’ that will be used for myriad education purposes. However, its main task is to identify the closest asteroids worth mining. 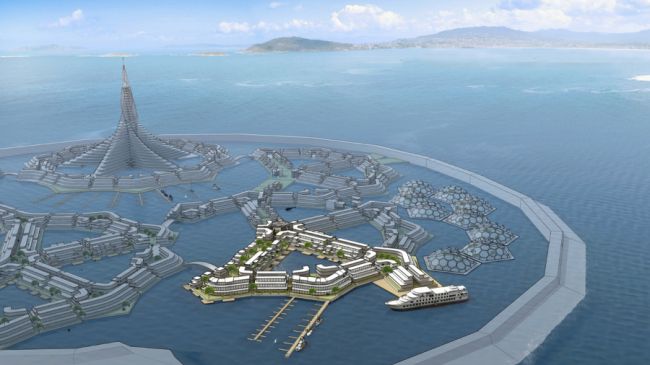 Just as the elevator made the vertical city possible, is living on water the next phase of urbanisation? It might have to be. With sea levels predicted to rise by 20-30cm by 2050, cities from New York and Bangkok to Guangzhou and Mumbai will experience increased flooding, while some island chains will be inundated, rendered uninhabitable. Could constructing floating communities be the answer?

Cue the Floating City Project from the Seasteading Institute, a non-profit organisation that wants to establish floating cities primarily for experimentation beyond the restrictions of normal society. Designed to allow ‘the next generation of pioneers to test new ideas for government’, the organisation plans to approach governments of coastal nations to host an autonomous offshore community, or seastead. 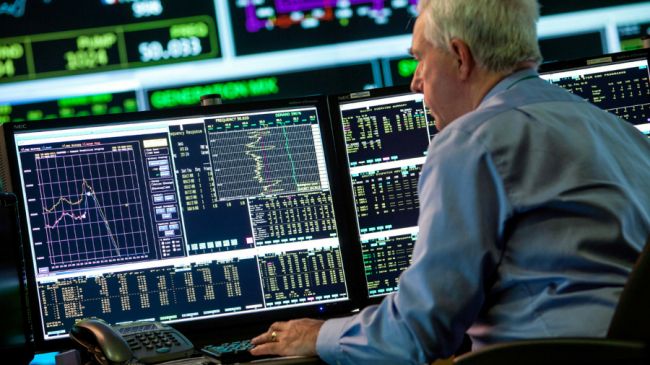 2050 will see a doubling in demand for electricity

Global energy consumption is increasing by about 2% ever year, according to the International Energy Agency (IEA), which together with predicted population increase means a doubling of demand by 2050. Smart meters that communicate with smart grids are already popping up across the world, with fully automated smart grids eventually able to directly tie energy production to real-time demand.

The end-game is a reduction in peak and off-peak production, partially by adjusting the cost of a kilowatt hour according to the time of day. 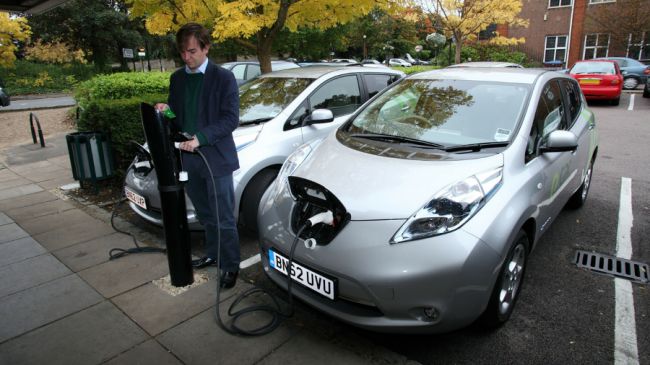 At the heart of the drive to make grids more modern, smarter and better able to cope with increasing demand is the spectre of electric vehicles. If every driver in the UK will need to plug in their car each night – and perhaps even top-up during the day, too – the national grid is going to come under much more pressure than it does today.

Related  The iPhone 6S is official, and '3D Touch' is the new right click

What’s holding back the concept of electric vehicles is ‘range anxiety’, which comes from the core problem; battery technology badly needs some ’emerging technology’, though Bosch thinks it’s got the stop-gap sorted.

Food of the future 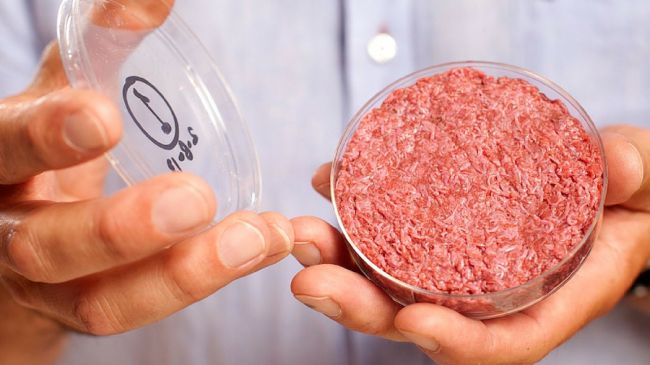 With the world’s growing middle class already wanting to eat more meat, and with demand for flesh and protein expected to increase by as much as 80% by 2050, humanity’s eating habits will have to change if we’re to avoid a ‘protein deficit’ in the future.

Cue cultured ‘beef’ burgers. The first example of in-vitro meat was made a few years ago from muscle cells taken from a cow, which are grown in rings within a nutrient solution, forming strands of meat. It cost £250,000 (around $385,000, or AU$520,000) to produce. Another company wants to bio-print ‘animal muscle strips’. Meanwhile, urban farming tech will be needed as green space becomes scarce. 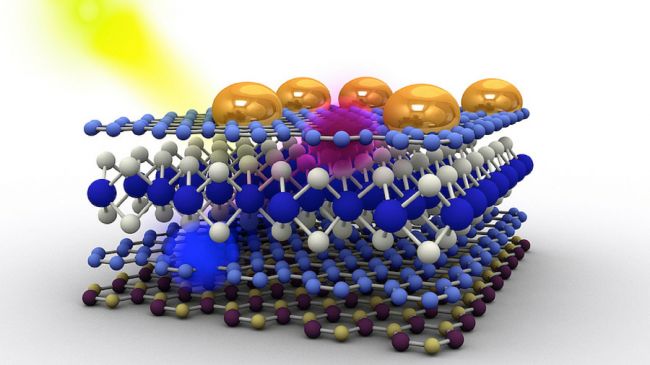 Graphene could mean super-high buildings and even a space elevator

It’s been hailed as a miracle material. Discovered and produced by Konstantin Novoselow and Andre Geim at the University of Manchester in 2004 – who got a Nobel Prize for the trouble – graphene could mean super-efficient high-speed computing, flexible and super-thin gadgets, increased battery life by a factor of ten, and it could enable photovoltaic paint for solar power from any surface, and printable sensors along with tracking tags.

Near-transparent sheets of carbon graphite molecules just one atom in thickness, graphene sheets are described as ‘chicken wire made of carbon atoms’ and are reckoned to be so strong that ribbons of graphene could enable super-high buildings – and even a space elevator.

The Maglev will barrel along at 310mph

Who wants mere bullet trains when you can have an ultra-high-speed superconducting ‘floating’ train system? Japan’s JR Central train company is aiming to cut the journey time from Tokyo’s Shinagawa Station to Nagoya in half by using its new magnetic levitation train.

Powerful superconducting electromagnets above and below the track propel the train upwards (by about 10cm) and forwards, with the lack of friction meaning much faster speeds, even on steep slopes.

Known as the L0 Series, it will travel at 310mph and connect the two cities in 40 minutes (it currently takes 90 minutes on a Shinkansen bullet train). It won’t go into service until 2027, though there are plans to extend the line to Osaka by 2045. 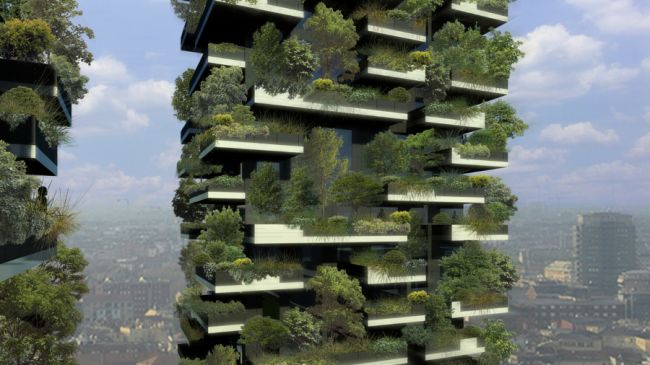 Buildings with integral trees and plants are the next big thing in architecture, and no vision of the world of the future is without skyscrapers draped in vegetation and rooftops thronged with trees.

Milan’s twin-tower Bosco Verticale is a real-life example of how peoples’ desire to live in a dense urban environment and also be surrounded by vegetation can be achieved. Around 11,000 plants, 5,000 shrubs, and over 700 trees can be found within this revolutionary residential tower block, which architect Boeri Studio calls a “device for the environmental survival of contemporary European cities”.

Bosco Verticale is not just about reintroducing trees into urban settings. Recycled water is used to water the plants and trees, while the cladding of the building itself features integrated solar panels to provide energy. 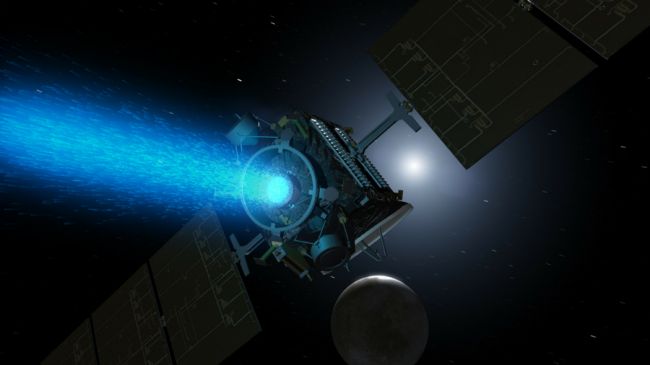 If it gets too crowded, the only option may be to bail on Planet Earth

May saw arguably one of humanity’s biggest tech breakthroughs when the Dawn probe reached the dwarf planet Ceres. Launched by NASA in 2007, Dawn is the first mission to use an electrically-powered ion engine rather than conventional chemical rockets.

Its Xenon Ion Drive makes better use of fuel by accelerating it to a velocity ten times as fast as chemical rockets, which saves on mass. It’s exactly this kind of (solar-powered) electric propulsion that will make long-distance space missions possible, but since xenon gas is massively scarce, the search is on for other propellants. Cue missions to Mars, and a potential way off our increasingly crowded planet.