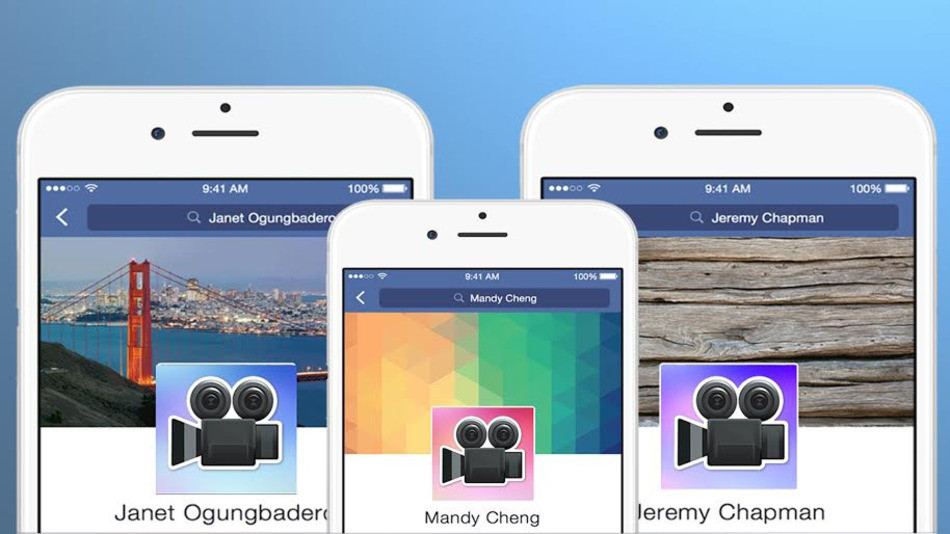 The social network announced on Tuesday it’s testing a new feature called profile videos, which will let users upload seven-second clips instead of a static avatar.

iPhone users in California and the U.K. will be among the first to be able to upload short looping videos as their profile photos, starting at 11:00 a.m. PT/2:00 p.m. ET. The feature is expected to roll out to Facebook’s larger user base in the near future. Facebook said the move is a part of an effort to help people further greater express their personalities and creativity on the site.

Profile videos will only loop when someone visit’s the user’s profile page — they won’t appear when that person’s status update shows up in your news feed. Instead, you’ll see a frame for the video the user selects. Meanwhile, audio only plays in full-view mode when someone taps into the video; it won’t play when someone is viewing your profile.

Facebook is also experimenting with allowing users to set up a temporary version of a profile picture that automatically reverts back to their previous profile picture after a certain time (i.e. if you want to use the Celebrate Pride filter for a week or use a certain photo when your favorite team is in the playoffs and have it change back soon after). The company is also adding a one-line bio field. 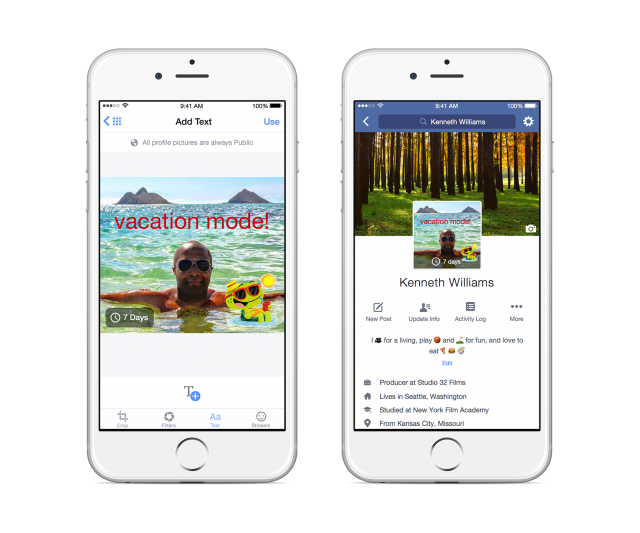 But profile videos are the biggest update to Facebook profiles since the rollout of Facebook Timeline. Although GIFs won’t be supported by the new feature, the videos will create a similar aesthetic. For Harry Potter fans, it’s reminiscent of how the Daily Prophet newspaper comes to life when someone reads an article.

The feature is also similar to Apple’s Live Photos — which turns photos captured on one of the new iPhones into super-shot videos — but the new profile videos don’t support Live Photos. (Facebook is expected to roll out broad support for Live Photos soon, however.) Profile photos also mirror Snapchat’s animated profile avatars.

Facebook users with the feature can take a selfie video from their phone or upload any video up to seven seconds long. As of now, there are no size restrictions, and profile videos will automatically crop to the square size we’re used to seeing on Facebook profile photos.

When the feature has been rolled out to your profile, you’ll see a tutorial at the top of your account that walks you through how to use it.

How to get started