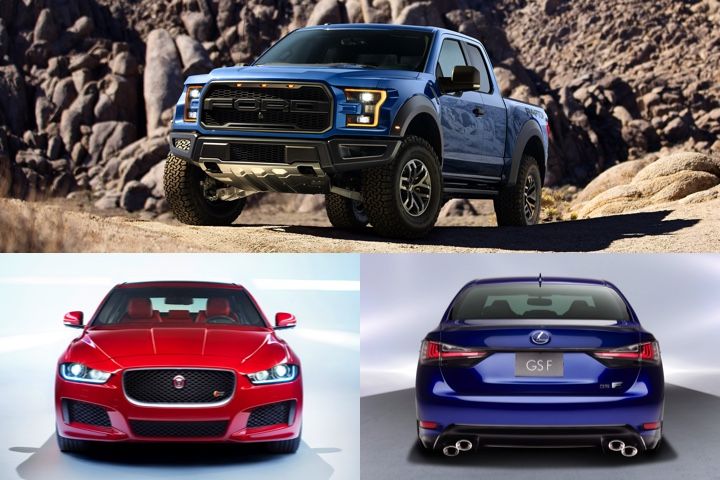 If you’re familiar with the Chinese calendar, you’d know that 2016 is the year of the monkey. That’s all well and good, but when it comes to new cars, automakers are definitely not monkeying around. From Buick to Tesla, these are the 16 most important cars you need to familiarize yourself with before going new car shopping in 2016.

Buick isn’t anywhere near the top of the luxury market here in the U.S.—but big whigs at GM are hoping that all changes. The new Cascada is making its way to dealerships in 2016. It carries over European styling with a sophisticated soft top, hoping to woo some convertible savvy luxury buyers.

Cadillac’s range just added some muscle. Still smirking from the success of the ATS, Cadillac is introducing a new sedan to the lineup for 2016. We’ve already seen the CT6 in the flesh, but hitting the streets officially just next year, execs are betting big on this big new sedan.

Why not keep the Caddilac train going? While a new CT6 sedan is just the beginning for the American luxury marque, the new XT5 crossover should have buyers lining up around the corner given the relative success of the outgoing SRX.

Volt, meet Bolt. And vice versa. Using the same (or very near similar) technology from the Volt sedan, Chevrolet will be unveiling its all-new Bolt electric SUV at the Consumer Electronics Show (CES) in Vegas. Early spy shots of the production version (concept pictured) suggest it should be quite the futuristic SUV when it debuts.

Related  Forever mucking up your coffee? The Auroma One knows just how you like it

The future is now—well, at least the Farady Future is. Chinese-backed American startup Faraday Future promises to shock the world of CES when it drops the mic with an all-electric, Tesla Model X-rivaling SUV in 2016. Details are extremely slim, so it’s hard to estimate price or performance at this point.

The Fiat 124 has plenty going for it when it goes on sale next year. The most important thing: it’s based on a Miata.

The teasing of the Ford Focus RS has been long…and actually kind of annoying. But finally, in 2016, we’ll see the all-new Focus RS on the road and in dealerships. That is if they don’t all sell out before then.

Long live the Raptor! With the F-150’s lightweight, aluminum body, Ford enthusiasts everywhere are foaming at the mouth for a new Raptor with the same frame. You likely won’t be able to buy one until 2017, but we’ll be sure to see it in the flesh with more details come next year.

The Honda Civic sedan is a hot little number—the coupe should be even hotter when it goes on sale in 2016. A new design and all-new driving dynamics prove that Honda is back in the game. If we’re lucky, we might see a new Civic Si as well.

Watch your back, Prius, as Hyundai is coming out swinging. With very similar design characteristics (from what we can tell), the Hyundai Ioniq is being touted as the Toyota Prius fighter thrifty greenies everywhere have been searching for. And with an all-electric drivetrain planned, the Prius should be scared.

CUVs: so hot right now. With the success of the CUV segment as a whole, Infiniti is following in the footsteps of Buick and Mercedes-Benz with a hot little CUV all its own. The Q30 looks like an absolute bundle of fun if you ask us.

What do you do when you have one of the most potent performance cars on the market? Follow that success with a sedan that should make the BMW 3 Series run scared. The new XE will go on sale in 2016 and heralds a much-needed revival of the Jaguar luxury sedan.

Not a sedan kind of man? Don’t worry, a new F-Pace SUV will also go on sale next year alongside the XE. As far as SUVs go, it looks stunning, and with a potent V6 it should be a gold mine for Jaguar.

Following its dramatic design genesis, Lexus has been relatively quite in 2015. But a new M5-rivaling GS F should stir things up a bit for next year.

A new F-150, a new Silverado—Nissan’s not one to miss out on all fun. The Titan XD will go on sale next year with a Cummins Diesel and some nifty new features.

Truth be told, we’re kind of speculating with this one. Tesla—specifically CEO Elon Musk—has been bragging about the affordable Model III it seems since he was born. But 2016 could be the year we actually see the mini Model S (pictured) on the street. Or at least in concept form.