The 9 best productivity apps for iPhone of all time

From the apps that have helped us tame our inbox to those that help us keep track of our schedules and to-do lists, some of the most useful iPhone apps of all time have been those that helps us get work done on the go.   This list is a look at the best productivity apps ever made for the iPhone, based on our list of thebest 100 iPhone apps of all time. As with the rest of the apps on the list, we evaluated productivity apps based on their design, cultural impact and how they resonated with users. The apps below are ranked in the order in which they appeared on the best 100 list. For a closer look at how we chose and ranked the apps on our list, you can read more about our methodology here.

There is perhaps no hotter communications chat platform for getting work done with lots of team members than Slack. On the surface, the platform and the app lets users create channels (A.K.A. chatrooms) to send messages, but the reason why Slack is so popular is how well it scales for large teams and plugged-in the platform is: It’s highly customizable and connects to services like Giphy. There’s clearly some talent designing this thing: It’s well designed and the app works seamlessly with its web-based client and native apps. Plus there’s the brilliance of Slackbot: the service’s digital assistant that’s so seemingly intelligent that it can turn lurkers into power users almost instantly. 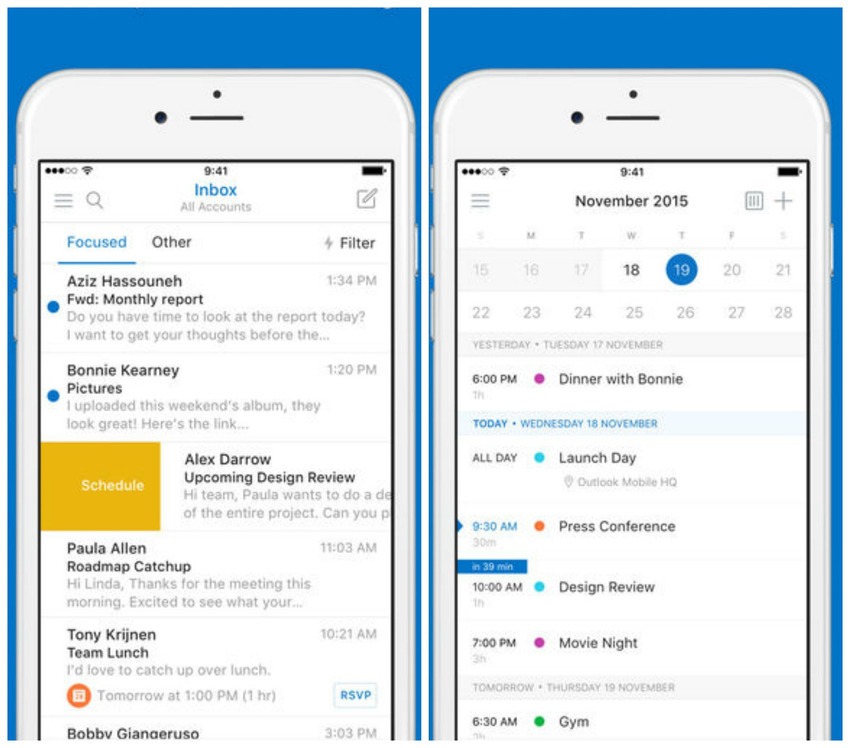 Who would have thought we’d ever live in a world where the best Gmail app is made by Microsoft. But that’s exactly where we are now thanks to the software giant’s acquisition of email upstart Acompli in 2014. Outlook, which was once nearly unusable on mobile devices, is now a super-slick email manager that can easily handle almost all your mail — even if you don’t have any Microsoft accounts. It doesn’t hurt that Outlook borrowed some of the best features from Acompli, like a built-in calendar and file-management system. If this is the new Microsoft, then count us in. 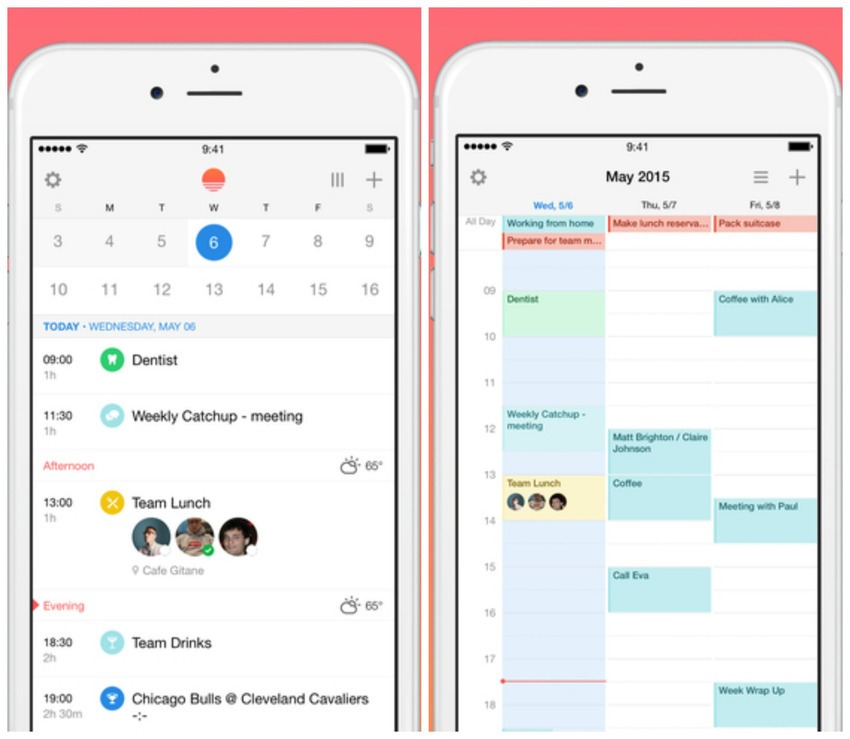 Sunrise began as a side project of two designers who met while working at Foursquare. Though it started off as a daily digest email, it soon grew into one of the best “smart” calendars around. The app gained attention early on for eschewing the traditional calendar design and including helpful extras like weather forecasts and maps. Presaging Cortana and other “digital assistants,” Sunrise connected with just about every account you had — email, social media and productivity — to help surface important information you need. Sunrise is nearing its sunset, though: Microsoft, who acquired the company in 2015, confirmed it will discontinue the app after it folds all of Sunrise’s features into Outlook. 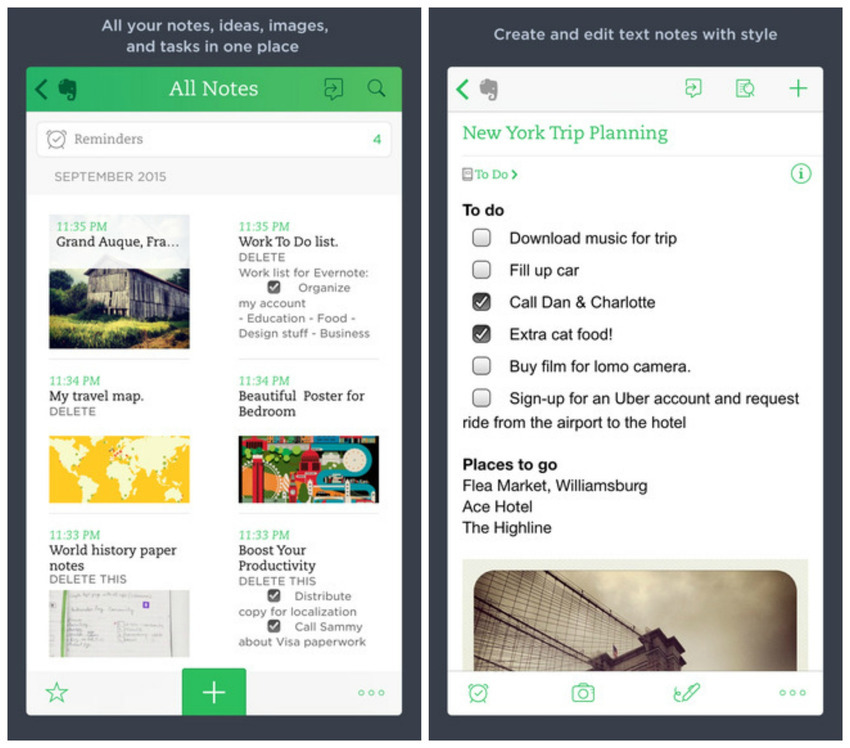 Need to dash off a quick note? Just tap the green elephant. That’s a habit now ingrained in the more than 100 million people who regularly use Evernote, the little note-taking app that grew into a feature-rich platform. It’s gone way beyond mere notes and now serves as a hub for to-do lists, business cards and collaborative projects. From Google Keep to Microsoft OneNote to Apple’s own Notes, the app has plenty of competition, but no real equal. The elephant’s tripped here and there — syncing problems dogged its early days and the company’s ham-fisted attempts to turn users into paying customers threaten the user experience — but Evernote remains a key part of the mobile workday for a large chunk of the iPhone’s power users. 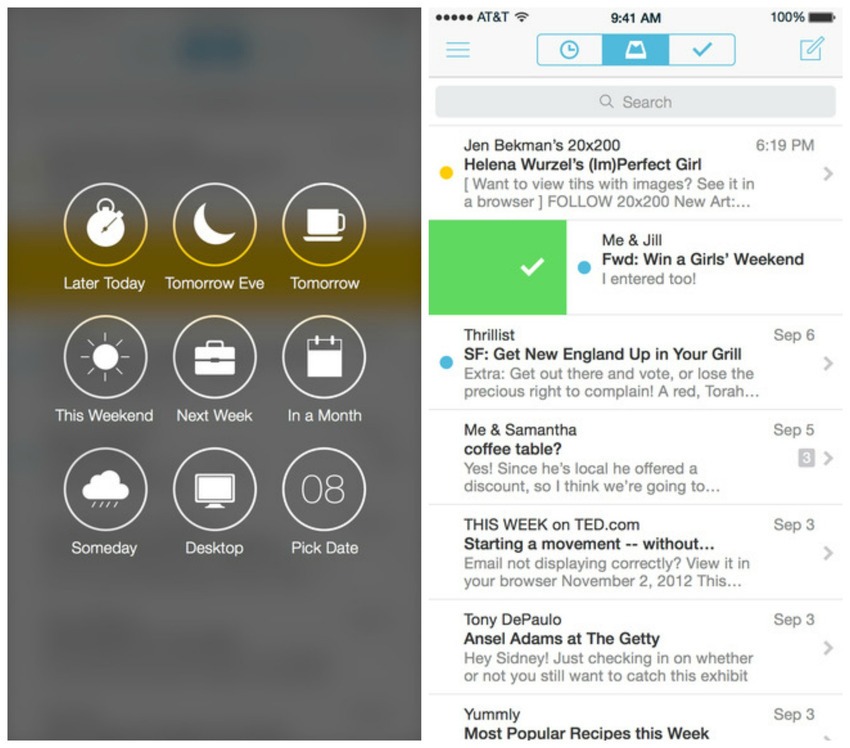 Every once in a while, an app comes along that’s so hyped people are willing to wait in line for it. More than 250,000 people signed up for Mailbox’s email service before it launched in February 2013. Once it set course for the App Store, hundreds of thousands more got in line. Perfect for power users, Mailbox helped push the idea of inbox zero on mobile. Its gesture-based controls made it easy for people to deal with incoming messages fast. Dropbox acquired Orchestra, the startup behind Mailbox, just weeks after it launched. A few weeks after that — rich with Dropbox’s increased server power — Mailbox finally did away with its lengthy waiting list. Sadly, Mailbox’s days are numbered. Though It remains one of the most popular email clients in the App Store, Dropbox revealed it will soon shut down the email app. 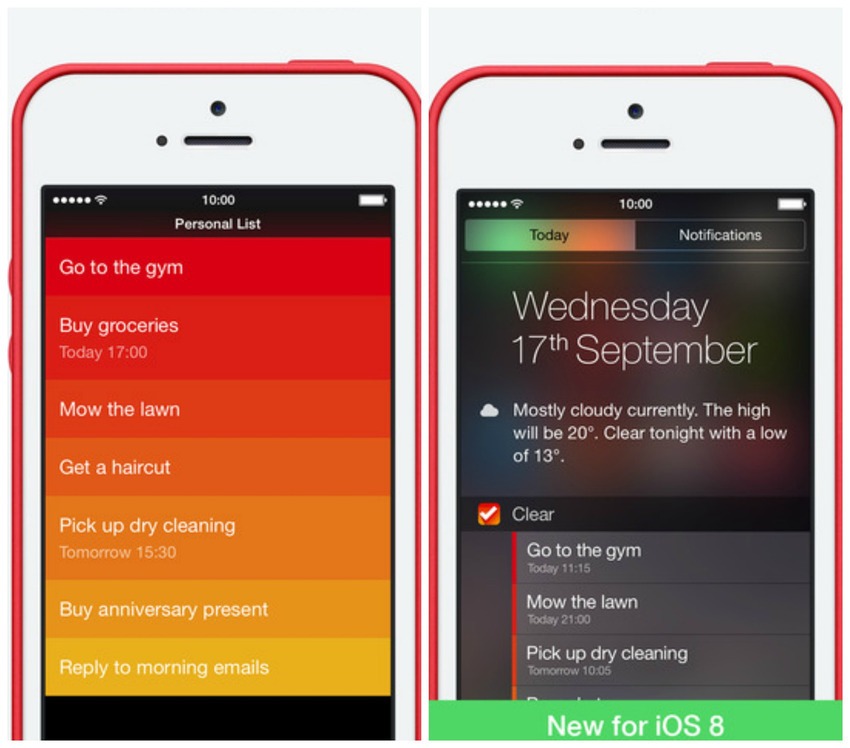 To-do apps are a dime a dozen. But long before Apple pre-installed its Reminders app on all iPhones, Clear ($4.99) led the pack. Clear is a simple, powerful to-do and reminders app that now commands over 2.5 million downloads. Clear, however, is revered most of all for its elegant flat interface, a design language that’s since been embraced by every major tech company as well as its use of gestures to mark items as done. Swiping left and right on items to “complete” tasks may not seem so innovative today, but back in the day it was revolutionary compared to tapping on checkboxes. 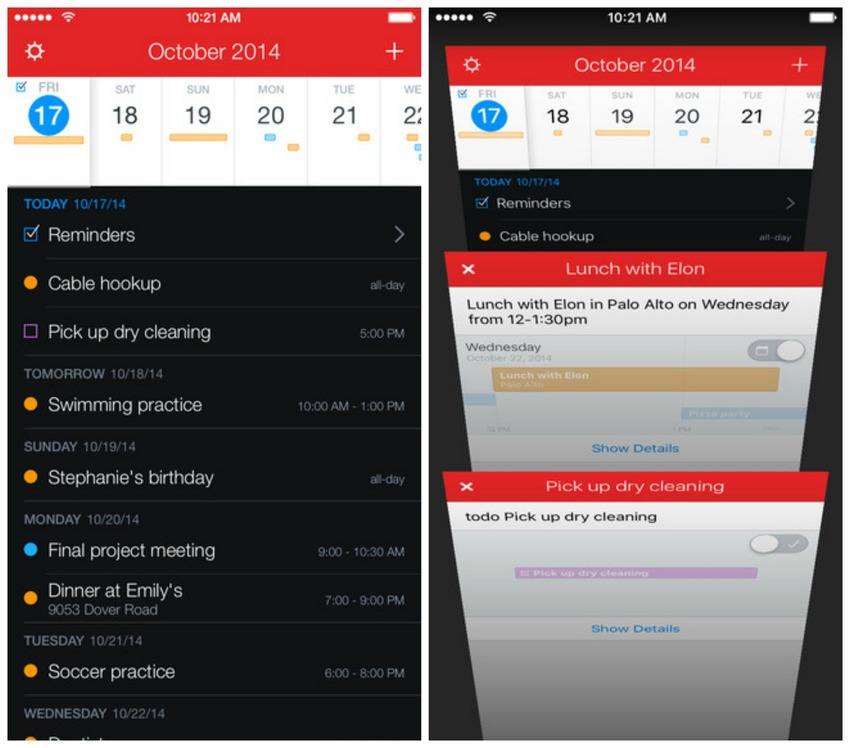 Fantastical’s smart calendar began life in the Mac App Store in 2011, where it was well- received for its minimalist design that had a similar aesthetic to the iPhone’s calendar app. The company later brought it to iPhone and relaunched it as Fantastical 2 ($4.99) in 2013. The update added support for iOS reminders so you could easily combine your calendar and to-do list. The app’s best feature, though, is its ability to understand natural language — a feat Flexibits mastered long before every developer around was touting the same ability. Natural language meant you could add calendar events and to-do items the way you would speak them (e.g. coffee with John today at noon) rather than manually adjusting every detail. 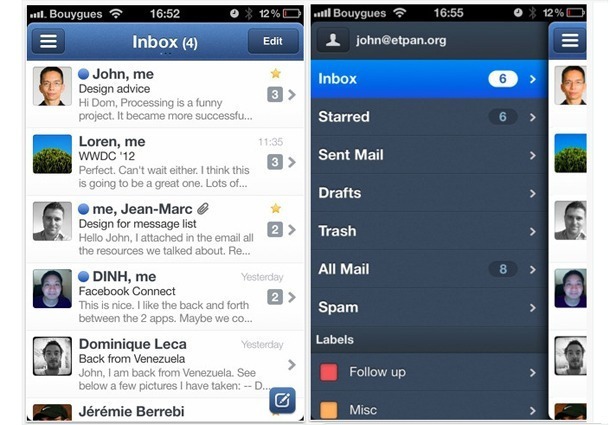 One of the first really good alternative email apps, Sparrow mastered features like gesture controls and support for multiple accounts long before Google, Apple and just about everybody else added them to their mail apps. The app was so good, in fact, that Google acquired it 2012 to help improve Gmail. Though Google didn’t immediately shutter the service, Sparrow languished in the App Store for years without significant updates until it finally flew away for good in 2015. Luckily, thanks to Sparrow’s contributions, email on iPhones doesn’t suck anymore, though few apps have managed to match its greatness. 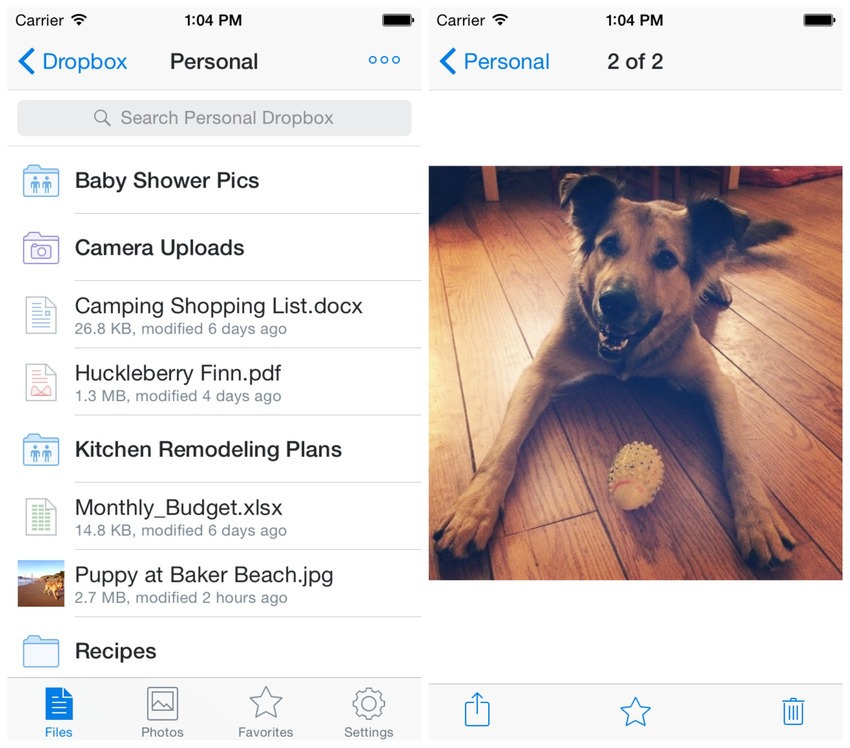 When Dropbox launched its iPhone app in 2009, it was among the first cloud services to allow access to your files no matter what device you were on. Backing up and sharing iPhone photos wasn’t as easy or intuitive back then, and Dropbox offered a simple solution. The company — still relatively young at the time — was responsible for introducing many outside Silicon Valley to the merits of cloud storage, but it was its iPhone app that cemented the service as an essential utility for everyone.